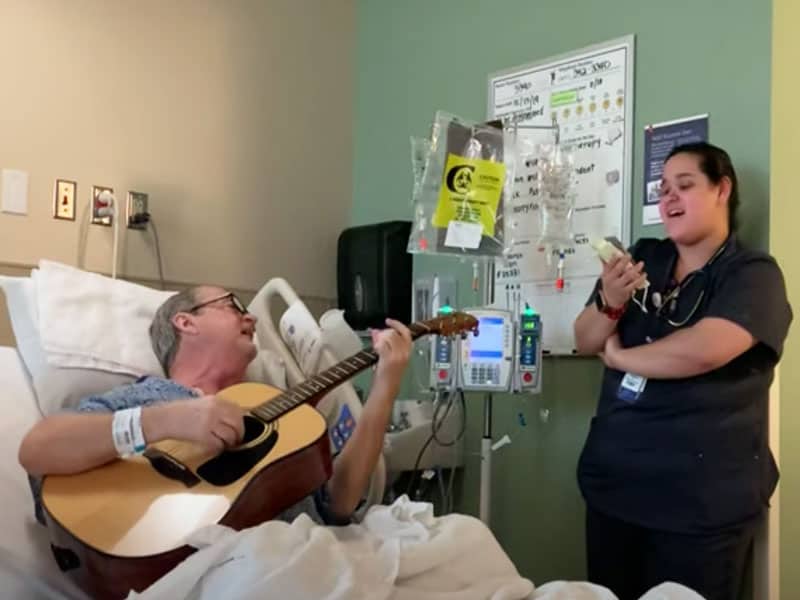 A nurse handed a cancer patient a guitar, and together they sang a beautiful “O Holy Night” that has captivated the hearts of thousands.

A video clip shared on YouTube three years ago continues to bless thousands with its heartfelt moment between a patient and his nurse. 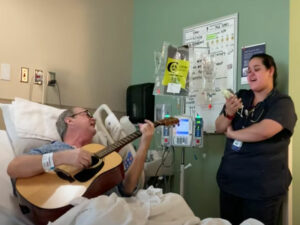 According to Brandi Leath, patient Penn Pennington was a Nashville guitarist for over three decades. He began playing in 1980 until he played “at the Grand Ole Opry with Jack Greene for 23 years.”

One day, the musician was diagnosed with cancer. And as he battled with cancer, he was admitted to the Sarah Cannon Cancer Center. Alexandra Collazo then became his nurse at the hospital. And when she discovered he used to play guitar at the Grand Ol Opry, a weekly country music show, she brought her guitar to the center.

Later, nurse Alex went above and beyond for her cancer patient. She handed the guitar to Penn and invited him for a duet. So, the two ended up singing a beautiful version of the Christmas classic “O Holy Night.” They sang in beautiful harmony.

The Christmas classic’s lyrics talk about the birth of Jesus, who became the hope of the world. Some of its powerful phrases include, “It is the night of our dear Savior’s birth. Long lay the world in sin and error pining. ’til He appears and the soul felt its worth. A thrill of hope the weary world rejoices.”

The heartwarming video blessed thousands; some were brought to tears watching the clip. A user commended the nurse calling her “an angel send from heaven to bring life to others.”

Then she added, “This has bless my soul and gives me hope the for the spiritual pulse of our country. God bless you.”

Another wrote how it made her cry and said, “What a beautiful moment. Beautifully sung and the harmonizing is absolutely amazing!!!! The fact that his nurse goes beyond just being his nurse, is beautiful. Love this!!!”