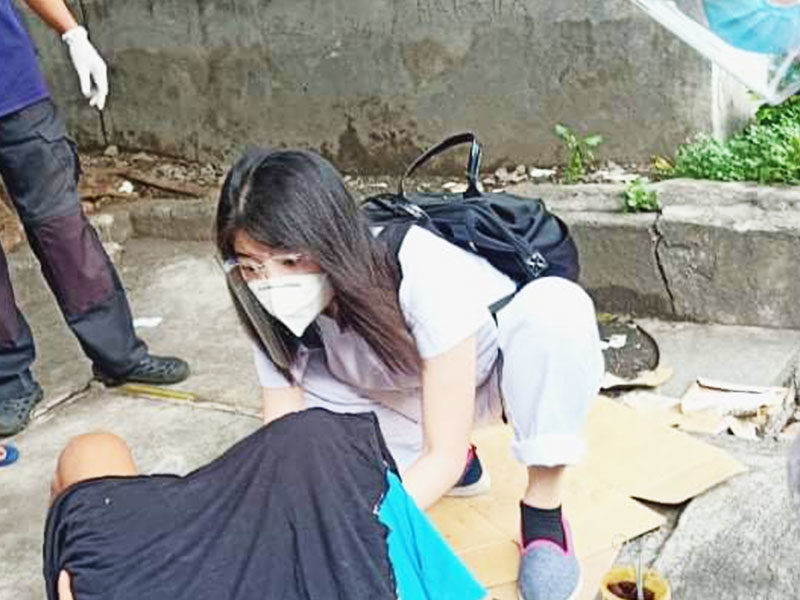 A nurse who was on her way to the hospital for duty helped a pregnant homeless woman deliver her baby along the streets in the Philippines.

“ROADSIDE DELIVERY. A company nurse waiting for her shuttle ride to work stopped by to assist a barangay rescue team in delivering the baby girl of a homeless woman along Osmeña Avenue, Bgy. Bangkal, Makati City.”

According to Christian Jacinto, the Barangay Rescue Committee Head, “they responded to a call of a concerned citizen.” The citizen reported a street dweller that will soon give birth. And although on her way for duty, the nurse named Loraine offered to help on the scene.

Using the Barangay Rescue Team’s medical equipment while wearing her face mask and face shield, Loraine “cut the umbilical cord of the 31-year-old mother.” Then the ambulance came for them to be sent in a hospital.

Christian said, “She [Loraine] was calm. While even wearing her bag, she remained calm and did not panic. Even though the people surrounding her were obviously panicking.”

Later on, the nurse had to leave for work, while the ambulance took the mother and her baby to the hospital.

The Barangay Rescue Committee Head commended Loraine’s commitment to helping people in need. He said, “She chose the right profession. She never hesitated nor was she selective in helping others. That was (selfless) love.”

Moreover, the medical technician said “not to discriminate against health workers.” Especially “for working in hospitals with COVID-19 patients.”

Apparently, many frontline health workers are being discriminated against in the Philippines for fear of getting infected. Some nurses have reportedly been evicted from their residences.

For just $100 per month you can bring the gospel to 10,000 homes. Join us as media missionaries! GIVE NOW
VIEW COMMENTS
« Tim Tebow Urges Christians To Join The Battle Against Human Trafficking Loving Wife Sings “Amazing Grace” To Dying Husband In An Emotional Video »