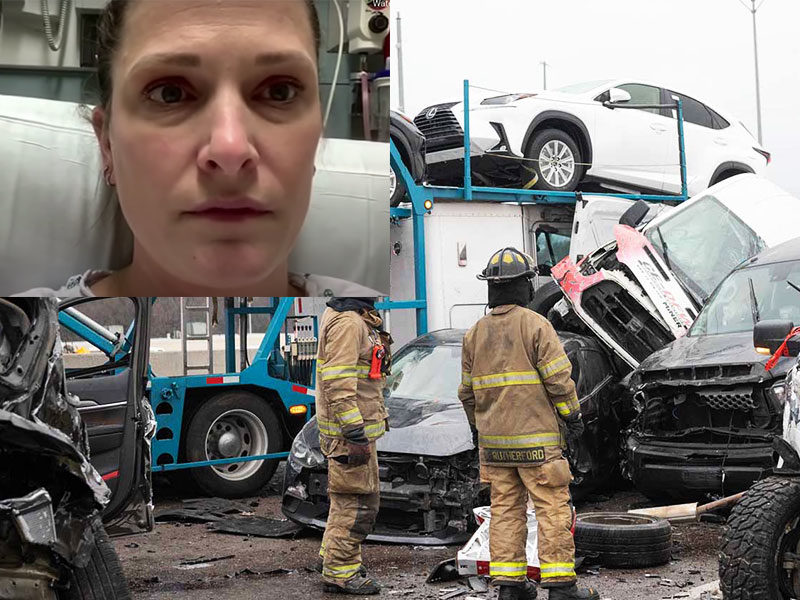 A nurse trapped in a Texas pile-up car accident that killed six people miraculously survived and turned up to work unharmed after praying to God.

Nurse Rebecca Benson got involved in a deadly interstate pile-up that killed six people in Forth Worth, Texas, on Feb. 12. According to Rebecca, when she left for work Thursday morning, the roads were “completely fine.” But then her car started to spin out on the road.

Preliminary information on MCI in Fort Worth. More info will be released later. At least 100 vehicles involved, 5 fatalities, 36 transported to local hospitals. #yourFWFD continues to work the incident and will be on scene for several hours. pic.twitter.com/DUtRJFKSI9

“My car started to kind of spin out a little bit, but nothing crazy,” she said. “So I was adjusting, and while I was coming around the corner, I could just see cars in front of me… There was a Coca-Cola semi and a car hauler semi that had kind of made almost like a triangle. I pointed the car there and prayed to God that I would be okay, and that’s when I hit them.”

Rebecca tried to relax her body to brace herself for the impact. However, she was also aware that the real dangers were the cars and semis behind that could smash her vehicle.

Then her car got completely pinned, and she couldn’t get out as other cars blocked all her doors. Shortly after, someone opened the trunk of her car and rescued her. That’s when she crawled out to safety.

The nurse amazingly went straight to work with a few aches and pains, although she came from the pile-up accident.

What a supernatural protection Rebecca has experienced! Indeed, He listens to our prayers.

“Though I walk in the midst of trouble, You will revive me; You will stretch out Your hand against the wrath of my enemies, and Your right hand will save me.” -Psalm 138:7

For just $100 per month you can bring the gospel to 10,000 homes. Join us as media missionaries! GIVE NOW
VIEW COMMENTS
« Husband Writes Beautiful Song After Wife’s Faith In God While Battling Cancer Inspired Him 5 Lies Depression Tells You »