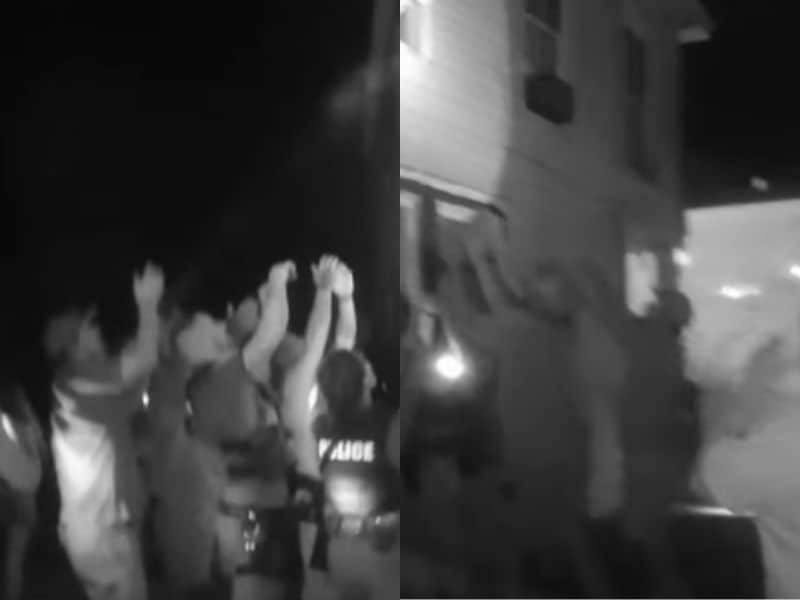 Madison Police Department recorded a heart-pumping video. The officers were calling out stranded victims to jump from a burning apartment. The viral video garnered recognition and applause from viewers.

On an early Sunday morning in Madison, Indiana, screams and shrieks woke up a community. Five children and one woman were trapped inside their fiery home. Fortunately, the police responded quickly and came to the scene.

But, one little girl did not panic and led her family to safety.

The police released a statement, “A child inside of the home began breaking out windows, and MPD Officers and Detectives were able to catch each child as they jumped from the windows. One adult female also [sic] leaped from the second-story window and was caught by Officers.”

Detective Shawn Scudder reported that the girl “wrapped her hands in a pillowcase to break the window.” She “held up pretty well,” he said.

The bodycam footage showed different angles of the dramatic rescue. The cops raised their hands while shouting and assuring the family members. “Jump! Jump! We’ve got you!”

They first drop the youngest one, a three-year-old child, and the woman, the last.

Because of their quick thinking, no severe injuries were reported. It also gained commendations and thanksgiving from the viewers.

“Literally there are no words to say to express the gratitude for what these individuals do every single day. I don’t know anyone involved in this, but I know I am so grateful that these brave people went towards the danger and banded together to help these families! You saved lives,” one commenter shared.

Moreover, the experience left an impact on everyone involved, including officer Nichole Midgett. “I’ll take [that night] with me for the rest of my career,” she said. “The most important thing is that they are OK and that they are alive. Knowing that I impacted someone’s life, it goes beyond words, really.”