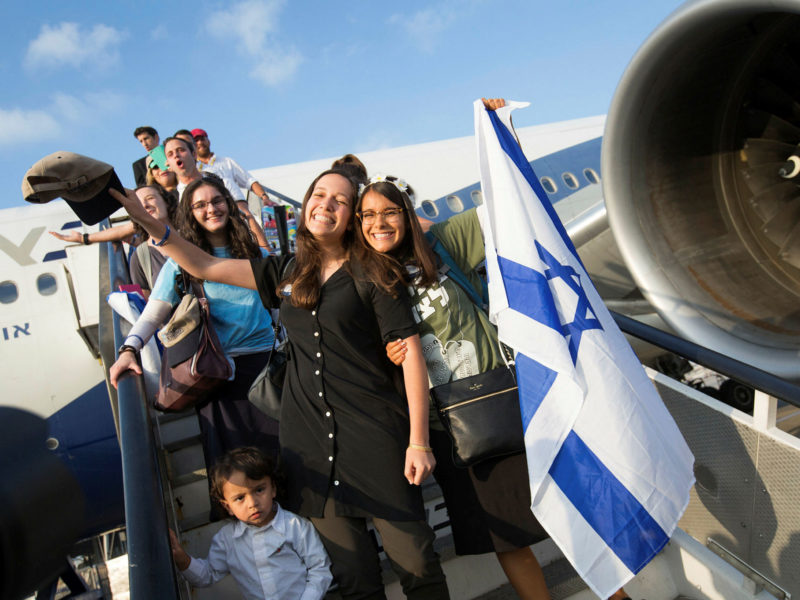 The Ministry of Immigration and Absorption on Monday evening launched events celebrating Aliyah day in honor of the Olim, new immigrants to Israel.

During a special ceremony, Minister of Immigration and Absorption Yoav Galant awarded a prize to Olim whose special achievements were determined as “an extraordinary contribution to society and the country.”

The winners included Professor Karl Skorecki, a world-renowned physician and scientist in the field of genetics, Yaakov Friedman, the coach of Israel’s national fencing team, and Ronit Avera, who has developed a culture-oriented program to prevent and contend with domestic violence in the Ethiopian community.

“On Aliyah Day we honor the immigrants to Israel through the generations – the people who left everything and immigrated to Israel,” Galant stated. “The bravery, determination and unique contribution of each one is felt very well in all aspects of life in the country.”

He said that “every Jew around the world should see his home and his future in the State of Israel, even if his current place of residence is different.”

Established in 2016, Aliyah Day is celebrated on the seventh day of the Hebrew month of Cheshvan, coinciding with the reading of the Torah portion in which Avraham is told by God to leave his home to go to Israel. The day is marked with celebrations in the Knesset, a special cabinet session, and events at the president’s residence, schools, and army and police facilities.

The past year saw an increase in the number of Olim to Israel. Since the beginning of 2019, more than 28,000 new immigrants from all over the world immigrated to Israel and the positive trend continues.  In 2018, 26,000 Olim came to Israel. The majority of Olim this year came from Russia and Ukraine.

Some 3.5 million Jews have made Aliyah since 1948, making up 42 percent of the total population.

In 2019, over 70 years after the Holocaust, the world’s largest Jewish population lives in Israel. This figure represents 43 percent of world Jewry.

For just $100 per month you can bring the gospel to 10,000 homes. Join us as media missionaries! GIVE NOW
VIEW COMMENTS
« In Final Ruling, High Court Orders Deportation of Anti-Israel Activist New Trend: PA Forces Confront IDF Troops at Gun Point »