On Gazan and Egyptian Borders, Israeli Communities Thrive In The Face Of Rocket And Arson Attacks | God TV
News 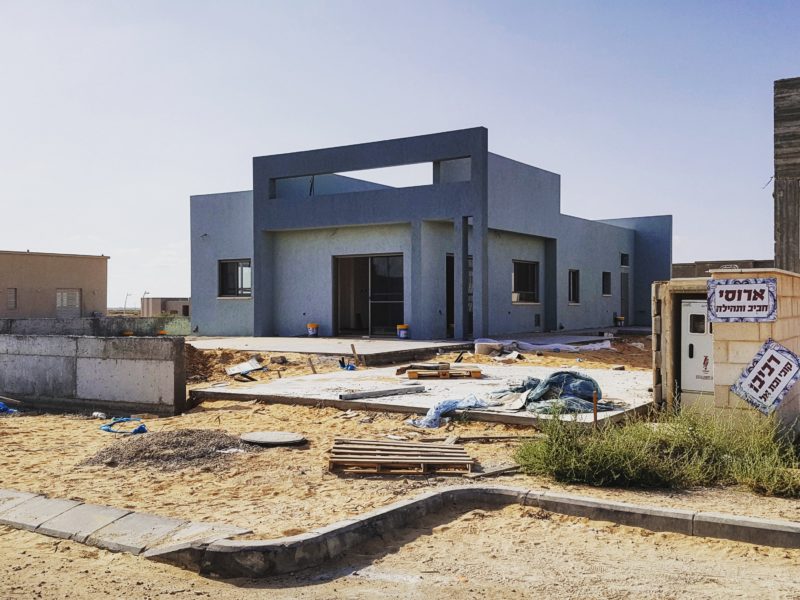 The loud booms fill the air as we stand next to a municipal building in the Eshkol Regional Council. If you listen closely, there is also sporadic gunfire in the distance.

“It’s just the war between Egypt and ISIS,” says Tzurit Yarchi, coordinator of demographics for in Eshkol, as she notices me looking around each time another boom sounds. “We’re used to it, but I guess that is why people remain nervous even when Gaza is quiet, because it is so close to our border.”

Despite a turbulent summer for residents of the South, who suffered from months of aerial arson attacks and rocket fire from Gaza before a fragile de facto ceasefire took place, they are pushing forward and making a conscious decision not to live in fear.

Communities in the South are growing and several residents who have moved to the area say they are not afraid of living a little closer to the conflict adding that it’s important to form a part of the “buffer zone.”
The irony of much of the trip – despite the sporadic booms from the northern Sinai – was how quiet and peaceful the area remained.

According to Yarchi, who lives in Halutza – an area that sits directly on the border of Egypt and Gaza – 75 families alone moved into the Eshkol region over the summer despite the continued unrest, many of which who were from across the country. “It wasn’t a simple summer – there were a lot of questions about what activities to host and whether or not to open the pool because things were so unstable.”

She said that after the 2014 Gaza War, they initially thought no more families would want to move down to the South, especially to places like Kibbutz Nirim where two people were killed in a rocket attack, but this summer four families moved down to the kibbutz.

Yarchi also said that Kibbutz Kerem Shalom, which also sits directly on Gazan and Egyptian borders, saw 13 new families move in this summer.
“Things here are always heated. There’s always something – the community in Kerem Shalom is on the frontlines, they deal with the Friday protests of the Palestinians in Gaza every week, the burning tires, everything – they hear everything, and yet people still come,” she says.

Asked why families are still deciding to move down, Yarchi said that its for a whole host of reasons. “Some people want to experience life on the kibbutzim and moshavim and what it’s like to live in a rural place. Others are also children of those who lived in the area, left when they went to study and are now coming back with families of their own. She also said that people want to help grow these communities as they understand the importance of living here.

“What we do we do is we help the families to settle – we send councilors to each of the new families to see how they’re doing, how they’re feeling and what they can do to help make the settling in process easier,” Yarchi explains. “People, journalists always ask – ‘how do you live like this?’ and I tell them that this is our normal. I have an 11-year-old son who goes out and plays basketball and other activities; when a rocket siren sounds he knows what to do, we live and we do, we can’t live in fear.”

To help encourage more families to move down to the South JNF-USA’s Israel Communications Officer Eric says the organization is supplying the infrastructure, such as gas and water, for the many housing lots visited by TPS during the trip to the Eshkol Region.

While driving through Eshkol, the devastating damage from the kite and balloon terrorism is visible. Trees, farmland, nature reserves and forests are blackened, barren and destroyed. As my feet touched the floor in a burned out area near a forest, the ground crumbled to ash with a sickening crunching sound.

The land damage from the fires is estimated between NIS 2 million and NIS 3 million.

Ilan Isaacson, head of security for the Eshkol Regional Council tells TPS that more than 400 projectiles had landed in just this area over the last few months. He said that in the last three years the army had discovered 10 tunnels in the Eshkol region reaching into Israel – some very close to the kibbutzim.

“In the Gaza Belt approximately 9,000 acres of land has been destroyed by the [kite] fires, with about 1,800 fires having burned. This includes wildlife, nature areas hit badly, and agricultural fields – mainly wheat, avocado trees and passiflora… Some of the rockets hit greenhouses and net houses and a chicken farm behind us where most were killed,” he explains.

Asked how long it will take for the area to recover, Isaacson says that trees that have been growing here for over 20, 30 or 50 years have been lost. “We’re going to see after winter what has survived. Wildlife – what’s dead is dead. Hopefully they’ll come in from different areas, and agriculture – wheat, there will be new fields next year but the avocado trees, it takes seven years for them to produce avocados that can be picked and the main income of Kibbutz behind us,” he says pointing to Kibbutz Kissufim, “is avocados and they were hit quite badly.”

In Kissufim, Narrow says JNF-USA has built infrastructure for 30 lots where 30 families are planning to build homes and move in – some of the families are new to the area, while others are children of couples living there who have decided to move back, after years of living or studying in the city centers. A newly built home stands among the lots, big and beautiful – the area peaceful and calm.

Later, as we arrive at Kibbutz Kerem Shalom, the high, concrete security fence catches my eye. Covered in beautiful graffiti, I look through the small holes at the bottom where I can see clearly into Gaza beyond the one fence, and just make out Egypt beyond another.

The realization hits that these residents are truly sitting on the frontlines.

Speaking with Roni Kissel, who has lived on Kibbutz Kerem Shalom for eight years, she said, “This summer, since Passover, we’ve had problems with our neighbors.

“Every Friday we’ve had protests, tires burning, a lot of pollution, kites and balloons with fires and also a few noisy weekends with rockets sent to us,” she says.

Kissel also emphasized the importance of families moving to this area. “First of all it’s very important for people to live here – we are on a triangle of three borders; Egypt, Gaza and Israel – it’s very Zionistic to be here. We were only 40 members [families], can you imagine for 40 members how it is to live so far away. It’s very important to bring more people – to see small children, most members here were between [their] 40s and 50s, and a kibbutz is not a kibbutz without children. Now we have 13 young members, and its a kibbutz again.

“If we are not going to be here, maybe somebody else [who shouldn’t be here] will be here,” she adds.

Soon after, resident Meiri Finch, who moved to the kibbutz a week before from the desert town of Mitzpe Ramon some 300 kilometers to the north, warmly invites us into his home for drinks and snacks.

“I came because I heard from friends and the media that people were needed to build up the area and they were looking for people to help renew Kibbutz Kerem Shalom. We know it’s close to Gaza and felt it important to come,” he says. “We’ve met really wonderful people and there is a great atmosphere, it’s beautiful, and the children have space to run around safely.”

As the day wears on, we head down to Halutza – an area that was built up by families who were evacuated from Gush Katif during the disengagement from Gaza in 2005.

On the one side of the road, we see the white, untouched sand dunes of the desert. There is almost a feeling that we are in the middle of Arizona or some other desert state in the US. Country music even plays on the local radio station.

On the other side of the road, there is a site to behold as here vegetation, vegetables, greenhouses and in the distance beautiful homes are seen. As we drive closer, my mouth drops as I see how many homes are being built in the area – more and more families have chosen to live on the Gaza/Egypt border with Israel. Split into three areas, Narrow, explains that in the largest, Shlomit, 1,500 families will be moving in while in the two smaller areas, each will see about 300 to 400 families. JNF-USA has also partnered with Halutza to help with gas and water infrastructure for the many homes being built.

“This is an area that is vital to Israel’s security. This was a place that was rejected by Yasser Arafat in 2002 … It has become a vibrant agricultural community,” he says. “It’s an area that demonstrates the vitality and the tenacity of the Jewish people – to really create something out of nothing, you see houses being built on every single corner and children playing in the playgrounds.”

Despite the difficulties residents are facing, they remain resilient. “Halutza is a beacon of hope for other communities in the region that have long been stagnant – this is the future of Israeli pioneering and the future of Israel,” Narrow concludes.

For just $100 per month you can bring the gospel to 10,000 homes. Join us as media missionaries! GIVE NOW
VIEW COMMENTS
« Bethel Austin: Revival is Coming to Austin Texas! IDF Says It Has Carried Out 200 Strikes In Syria »