One small step for a President, one giant leap towards saving mankind | GOD TV
News 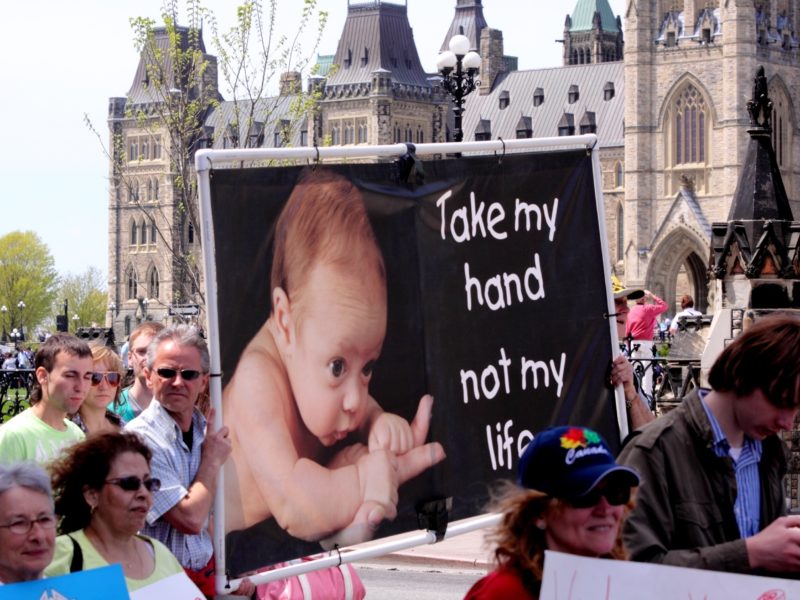 When I was growing up in the sixties, little did it seem possible for man to go to the moon. In the same way today, it seems impossible we will ever see an end to abortion.

But there is hope for change in America with a new pro-life administration in the White House, just like there was such expectation in 1969 before the first moon landing took place and Neil Armstrong uttered his famous words, “one small step for a man, one giant leap for mankind.”

The moon was finally conquered and I am confident abortion will be too.

Just four years after the first man stepped on the moon, abortion was legalized in the USA after the Roe v. Wade Supreme Court ruling. It’s been 43 years since then and over 50 million abortions have been performed in America alone, leading to a colossal loss of life.

The USA now has a pro-life president who has just made a small step in the right direction towards reducing this staggering figure. One of President Trump’s first executive orders was to reinstate the ban of US funding towards overseas abortions, and this is, in effect, a major change of policy that has hopefully triggered a leap towards saving countless innocent lives.

Known as the “Mexico City” policy, the ban blocks federal funding to organizations “that provide abortion counseling or referrals, or that advocate to decriminalize abortion or expand abortion services” in other countries.

Of course, there are no simple or quick answers when it comes to the complex issue of abortion but it is not the only solution to an unwanted pregnancy.

Pro-choice arguments range from, “It’s not a baby, just an embryo that can’t sustain itself,” to “It’s my body, and I have the right to do with it what I want.” Many cite rape or deformity as a valid reason to abort, saying it’s better for a pregnancy to be terminated than a child to be born unwanted or suffering. Pro-choice activists warn that ending legal abortion will result in a return to women dying in backstreet alleys and some are convinced abortion is essential to maintain population control.

The Pro-Life Movement (which has been gaining ground) wants to see abortion legislation tightened at the very least, so it is not used as a form of contraception. The issue is complex and I have compassion for women who find themselves in an unwanted pregnancy, but I believe abortion only makes things worse as they face the guilt and heartache that follows. That’s why I want to see it come to an end. Abortion destroys mothers’ lives as well as their unborn babies, and adoption should be promoted as the solution.

The USA, or any nation for that matter, cannot expect God’s blessing while it continues to disregard the sanctity of life, which the Bible clearly teaches starts at conception.

“Before I formed you in the womb I knew you, before you were born I set you apart…” (Jeremiah 1:5)

President Trump’s executive order banning federal funding for abortion is a definite step in the right direction and there are other positive signs of a coming shift in abortion legislation in the USA.

Mike Pence was the first vice president to participate in a Pro-Life rally in Washington, D.C. and the President tweeted: “@VP Mike Pence will be speaking at today’s #MarchForLife – You have our full support!”

Another hugely positive development in the giant leap pro-lifers are looking for is President Trump’s nomination of Judge Neil Gorsuch for the United States Supreme Court. Gorsuch is a pro-life candidate and if the president is able to secure his appointment and that of other pro-life Justices during his time in office, there may be a possibility that Roe v. Wade could be overturned.

The moon is 238,000 miles away from the earth, and there’s no way of knowing how many extra miles the pro-life lobbyists will need to go to end abortion. It will require a huge paradigm shift in people’s hearts and minds, but, as medical science progresses and sonar scans more clearly capture the beauty of early human development, we may well reach beyond the moon.

For just $100 per month you can bring the gospel to 10,000 homes. Join us as media missionaries! GIVE NOW
VIEW COMMENTS
« “A Huge Spiritual Tidal Wave is Rising” – YWAM Founder Loren Cunningham I Underestimated the Greatest Gift I Could Give, Did You? »