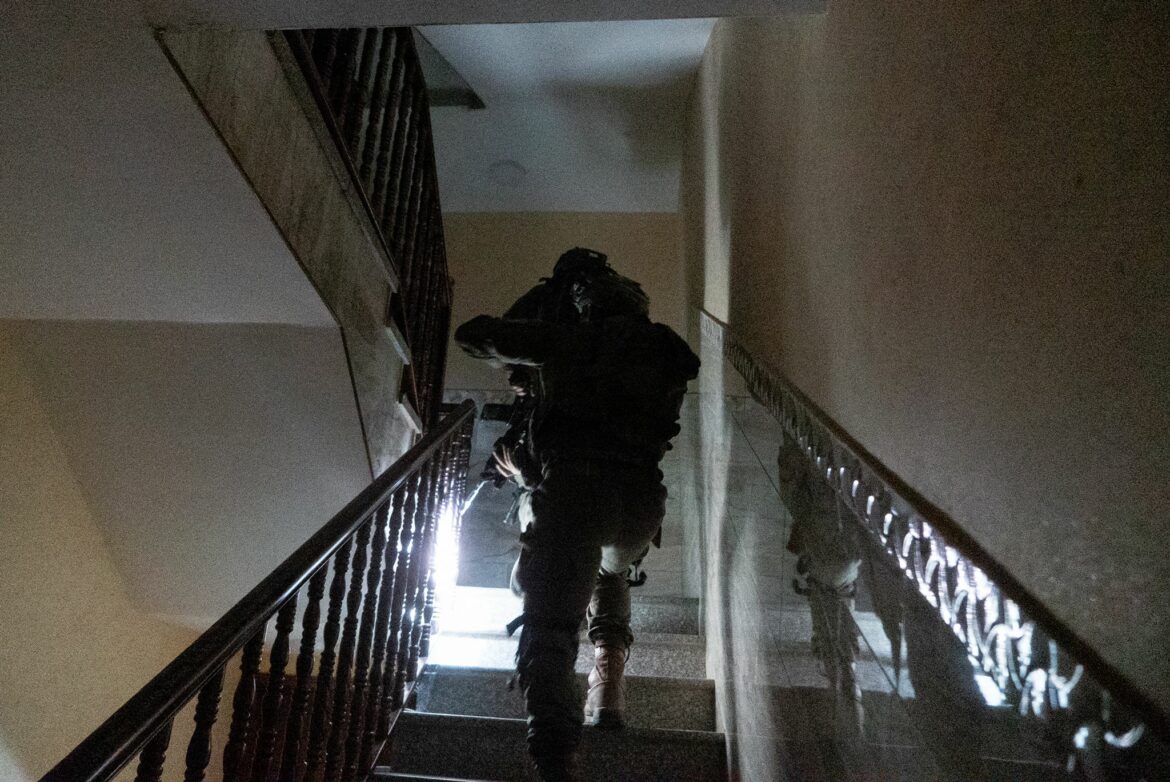 Forces from the IDF, the Shin Bet and the Border Police in a joint operation conducted Monday night arrested five suspected terrorists throughout Judea and Samaria and the Bekaa and the Emekim regions of the Binyamin Regional Division.

The arrests were made as part of Israel’s ongoing anti-terror campaign called “Wave Breaker,” which was begun months ago in response to a “wave” of terrorist activity perpetrated against Israeli civilians. This included the random shootings of innocent people on the streets of Israeli cities.

IDF forces operated tonight in the area in the villages of Kaubar, Beit Sira and Jalazone. During that operation, three wanted persons suspected of involvement in terrorist activities were arrested, and a Carlo type weapon, an M4 type weapon, ammunition and other weapons were located.

During the activity in Gilzon, a violent disruption developed during which stones were thrown at the Israeli security forces by people in the area. The security forces responded with measures to disperse the attackers.

In Kfar Diuk, in the area within the authority of the Bekaa and Emekim division, another wanted person suspected of involvement in terrorist activity was arrested.

The arrested wanted persons and the confiscated means of warfare were transferred to the security forces for further investigation.