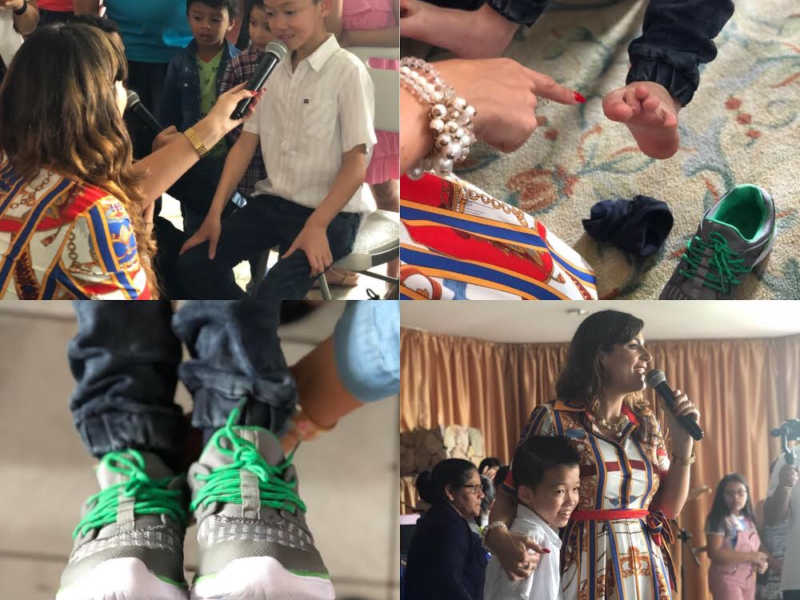 While on a preaching tour in Costa Rica Lindy Ann Hopley had the opportunity to minister via television and radio interviews.  She also spent time preaching in Churches. On one specific occasion, Lindy Ann was invited to preach at a small Church in the Costa Rican jungle! After arriving and speaking to the pastors she was shocked to learn how severely the couple was being attacked by demonic forces and witchcraft. Lindy Ann’s heart broke hearing their stories.  Additionally, they had never seen a healing miracle either!

It became clear why God had sent a fiery preacher from Africa to this church near a volcano. He was ready to explode in their midst! Lindy Ann was on an assignment from God to demolish the principality in that area and see Heaven manifest.

“I could feel the darkness tremble when I arrived. His [the enemy] time was up!”, Lindy Ann said.  The next morning God showed up powerfully! During a time of intercession before the service people were already undone in God’s presence. 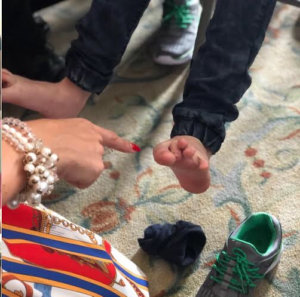 The story of one little boy was priceless. Typically, on Sundays, an orphanage in the village would bring their kids to the service. However, this particular morning they only brought one.

A 9-year-old Asian boy was brought to the front by his caretaker. He had been suffering from arthritis from such a young age that his one leg was much shorter than the other. Additionally, most of his toes were stuck together and he couldn’t move them at all. The caretaker and the boy up were called up on stage and he sat down on a chair. Lindy Ann called the pastor up and asked her to join in praying for the boy’s healing.  They prayed, “Leg grow in Jesus Name!”

That little boy’s face lit up and got really excited. His leg grew out right before his eyes! Everyone went wild with shouts of praise as the people went wild in celebration for what God had done!

From The Mouth Of Babes 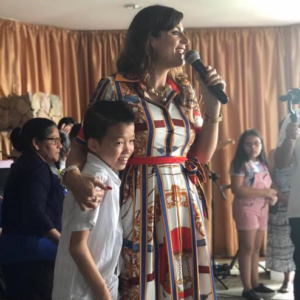 “I felt it growing”, the boy shouted.  Lindy Ann instructed him to take off his shoes.  As he took for his tennis shoes and socks, Lindy Ann was full of faith that he was healed. There is a confidence believers can operated in when we truly know God.

He could move his toes! They had been stuck together for years! His caretaker was in shock because she had witnessed an amazing miracle right before her eyes.

The moment of truth came when Lindy Ann asked the boy to jump. Immediately, the boy started jumping up and down and wouldn’t stop. It was amazing! Again, the people went crazy! The caretaker even looked as if they were going to pass out.

The boy had never jumped before. Never. BUT GOD!

God poured out His Holy Spirit all over this boy. Similarly, God desires to do this for you too!  Regardless of your past or where you come from. You have a Daddy in Heaven.

Have you ever felt abandoned or overlooked?

Psalm 68:5 – A father to the fatherless, a defender of widows,
is God in his holy dwelling

Let Psalm 68:5 be a reminder that God is a Father to all. He sees you and He wants to shower you with His love!

Want to see the miracle? Watch the little boy jump in this video!

Read also: How To Activate The Healing Power Of Jesus

For just $100 per month you can bring the gospel to 10,000 homes. Join us as media missionaries! GIVE NOW
VIEW COMMENTS
« Wife Of Jarrid Wilson Shares Last Photo With Late Husband: “This Isn’t The End” Early Rain Covenant Church Leader In China Imprisoned Over Gospel Tracks »