BREAKING
Israel-led Team Solves Mystery Why Lightning Strikes Fewer Times Over The Ocean...
Tourism In The Holy Land Is Soaring Back Up To Pre-Pandemic Highs
Lapid Speaks Directly To Palestinians—Offers Them “Another Way” Out Of The Ongoing...
Home Faith Our Approachable Heavenly Father 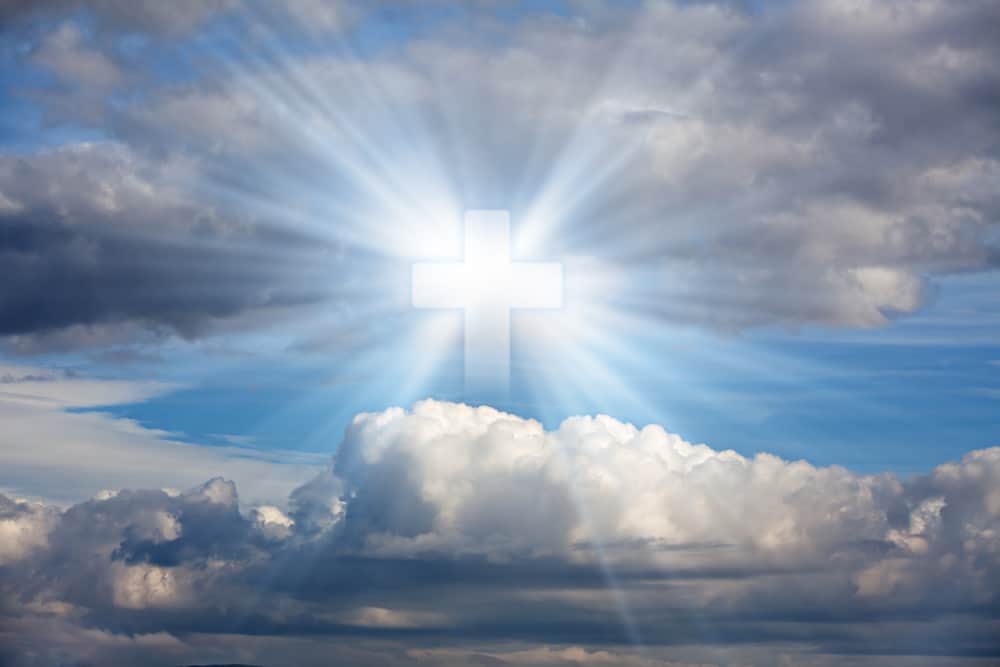 If you have ever experienced the hard-nosed, hurtful, and sometimes even abusive actions of an authoritarian father, or any authoritarian figure for that matter, then you may still have difficulty opening your heart to your Heavenly Father and resting in His love. But God is not an authoritarian Father! He doesn’t want you shrinking back in fear or apprehension of Him. He’s an approachable Father who loves you passionately.

The True Fear of the Lord

In God in Search of Man, Abraham Joshua Heschel, a Jewish scholar, explains that “the fear of God” is derived from the Hebrew word yirah. He writes:

The word has two meanings—fear and awe. There is the man who fears the Lord lest he be punished in his body, family, or in his possessions. Another man fears the Lord because he is afraid of punishment in the life to come. Both types are considered inferior in Jewish tradition. Job, who said, “Though he slay me, yet will I trust in Him” (Job 13:15), was not motivated by fear but rather by awe, by the realization of the grandeur of eternal love.

Fear is the anticipation of evil or pain, as contrasted with hope which is the anticipation of good. Awe, on the other hand, is the sense of wonder and humility inspired by the sublime or felt in the presence of mystery….Awe, unlike fear, does not make us shrink from the awe-inspiring object, but, on the contrary, draws us near to it. This is why awe is compatible with both love and joy. In a very real sense, awe is the antithesis of fear. To feel “The LORD is my light and my salvation” is to feel “Whom shall I fear?” (Psalm 27:1). “God is our refuge and strength. A very present help in trouble. Therefore we will not fear, even though the mountains be carried into the midst of the sea” (Psalm 46:1-2).

The fear of the Lord is not an emotional fear or even a fear of God’s wrath. Proverbs 8:13 says, “To fear the Lord is to hate evil.” Being in awe of God simply means that you love Him so much that you hate what He hates. You hate the destructiveness of sin. You hate anything that has the potential to hurt your heavenly Father and your relationship with Him.

It is the awe and fascination of the Father that bring us close to His heart and lead us into a life of spiritual and emotional wholeness. Proverbs 14:26 tells us, “In the fear of the LORD there is strong confidence”. We can rest assured that even when He corrects us, He still enjoys us. Far too many Christians mistake divine correction for rejection. But the Father’s correction is deeply rooted in His affection for us. Proverbs 3:11-12 admonishes us to “not despise the Lord’s discipline and do not resent his rebuke, because the Lord disciplines those he loves, as a father the son he delights in.” While He may be displeased with a certain area in our lives, He is not displeased with us as a person.

We see this principle clearly demonstrated in the life of Peter. Although Peter never dreamed he would deny the Lord three times, Jesus had clearly warned him it would happen. While Peter had a willing heart to serve the Lord, he never realized how weak and immature he actually was (Matt. 26:41). When he came face-to-face with what he had done and with the weakness of his own flesh, the shame was too much for him to bear. He decided to return to fishing, because that was the only thing he knew to do. What else could he have done? He had given up on any chance of future ministry, and he had even given up on himself.

But the Lord had not given up on Peter, and, in reality, Peter hadn’t given up on the Lord. According to John 21:7, when Peter heard that Jesus was standing on the seashore watching him fish, he immediately jumped into the water and swam to Him. Someone with a heart of betrayal would not have done that.

Can you imagine what took place between the two of them as their eyes met? I can picture Peter falling into the arms of Jesus and sobbing uncontrollably as the Lord embraced him and forgave him. What a moment that must have been!

Before we leave the story, I want you to notice how Jesus broke the shame from Peter’s life. Just as Peter had denied the Lord three times, Jesus asked Peter the same question three times—“Do you love Me?” Now it should be obvious that when the Lord asked Peter these questions, it wasn’t because He was “fishing” for information (pun intended). According to John 21:17, and specifically the phrase, “Lord, you know all things,” it’s clear that Jesus was up to something. He knew that Peter loved Him. He saw the sincerity of his heart and understood that Peter wanted to serve Him.

When Jesus asked Peter three times if he loved Him, He was not trying to get even with Peter for denying Him three times. He was calling Peter back to an intimate relationship. Jesus wanted Peter to say “I love You” so that every time those words were spoken, Peter would be gripped by their power and allow them to melt the shame from his life.

It’s imperative that we understand that the Father deals with us according to the sincerity of our hearts. Although He sees the underdeveloped areas of our character, He also hears the willing cry of our hearts. As we set our hearts on obeying Him, He will make loving adjustments in our lives until we come to maturity.

Over the years far too many ministers have taken passages that clearly referred to the rebellious and have tried to make them applicable to sincere, immature believers. They’ve attempted to scare the immature into maturity. But this simply doesn’t work. The fruit doesn’t last! In fact, fear-based obedience is not obedience at all.

If you are still carrying the shame of past failures, you may be having a hard time forgiving yourself. You may have even become accustomed to a second-class relationship with God because you’re afraid you might fail again. Because you think the Father is angry and exasperated with you, you run from Him instead of running to Him. It’s not that you don’t love Him; it’s just that you’re living under the weight of guilt and condemnation. But the Father sees the sincerity of your heart, and He wants you to open your heart to Him. Don’t shrink back. You can trust Him. He fully understands what you’re going through. And He will wash away your shame.

The revelation of the Father’s love and the enjoyment of your life will awaken in you the ability to love and enjoy Him. The more you enjoy Him, the easier it will be to obey Him. Obedience that is born out of the revelation of God’s deep affection for you always produces the strongest commitment.