Phil King is a worship leader, teacher, author, and songwriter. His aim is to carry the presence of God everywhere he goes. Phil is a passionate believer that the arts, when it involves the lifting up of Jesus, has the power and ability to impact culture, shift government and heal society.

Phil King released his second single, “Our Great God,” from his full-length label debut album, All Glory, set to release on March 6, 2020. He shared, “There is power in singing songs about the cross and the resurrection of Jesus,” adding, “the Holy Spirit responds when we sing about this subject in particular because it’s the gospel, the good news.”

The newly released single, “Our Great God,” as well as his debut single “Song Of Redemption,” was recorded live on November 8, 2019, at Christ for the Nations Institute in Dallas and produced by UPPERROOM’s Matt Fish.

Phil King, who co-wrote the song with Trinity Fellowship Worship members, says, “‘Our Great God’ is a simple anthem declaring the greatness, grandeur of what Jesus did when He died and overcame every power and every authority that opposes Him and that held us captive.” 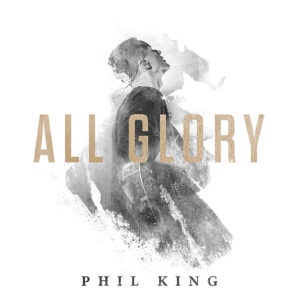 Phil King has worked alongside many notable acts such as Michael W. Smith, Lauren Daigle and Leeland. He has performed in front of the Presidential family (US), as well as many other government leaders.

Along with the new singles and companion “Our Great God” video, and NewReleaseToday.com-premiered “Song Of Redemption” video, Phil’s upcoming All Glory includes Revelation 4 and 5 inspired songs like the title track, “Greater Realms of Glory,” “Deliverance,” “Banner,” “So Worthy” and more. Every song on All Glory is uniquely singable.

“God is looking for true worshippers; people who worship in the Spirit and in truth,” Phil shares, quoting John 4:23. “My hope is that these simple songs help in that process. I feel this burden to always keep pointing people to Jesus.” 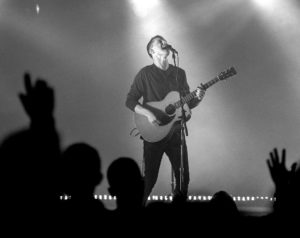 Phil King further released his pro-life anthem “Not Forgotten,” which was written last year in response to a New York law that permitted late-term abortions. The song caught the attention of FOX News, CBN, EWTN and Focus on the Family, which tapped Phil to lead the song as the closing anthem for 20,000 people in Times Square at its “Alive from New York,” the largest pro-life event ever held in New York City.

Hailing from Turlock, CA and now based in Dallas, Phil King has led worship at conferences around the world, written a book on worship and released an independent album, Giants & Oceans, in 2014. His career began leading the worship department at Christ for the Nations Institute in Dallas. He is now a full-time worship pastor at Gateway Church. His aim continues to be to carry the presence of God everywhere he goes. He has a passion to deliver the message of loving God, with all that we are.

For just $100 per month you can bring the gospel to 10,000 homes. Join us as media missionaries! GIVE NOW
VIEW COMMENTS
« College Students Across The U.S. Unite In Prayer 14-Year-Old Speaks Out After Being Blocked For Starting Christian Student Club On Campus »