BREAKING
Israel-led Team Solves Mystery Why Lightning Strikes Fewer Times Over The Ocean...
Tourism In The Holy Land Is Soaring Back Up To Pre-Pandemic Highs
Lapid Speaks Directly To Palestinians—Offers Them “Another Way” Out Of The Ongoing...
Home Articles Over 10,000 People Attend Evangelistic Event ‘TOGETHER ’22’ At Dallas, Texas

Over 10,000 People Attend Evangelistic Event ‘TOGETHER ’22’ At Dallas, Texas 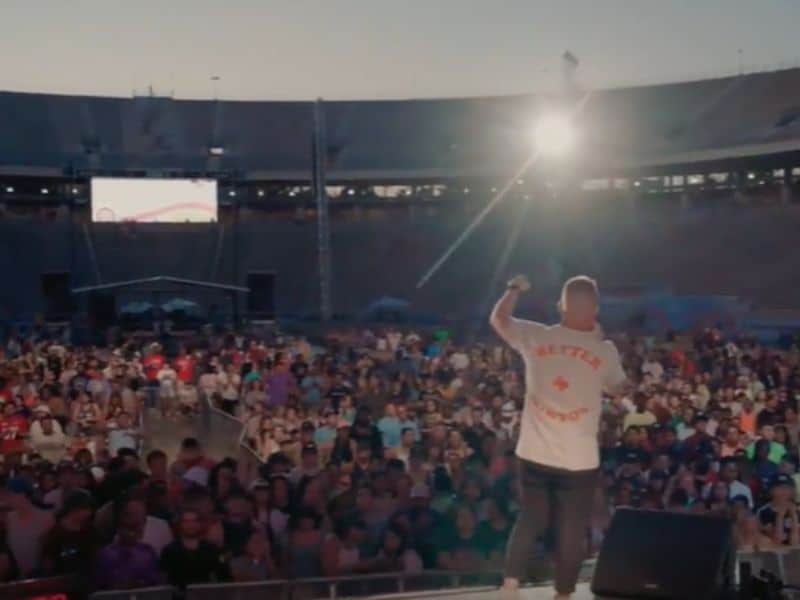 Over 10,000 people attended the Together ’22 last June 23-24 at the Cotton Bowl Stadium, Dallas, Texas. The evangelistic conference was marked as the “most impactful event” by the host, evangelist Nick Hall. “Go out there and listen. Go out there and love,” Nick urged the hundreds of believers at the stadium.

Pulse, the ministry founded by Nick, hosted Together ’22. The evangelistic group is solely based on its purpose to “make Jesus known.” Through their initiatives, almost 2 million people have responded to Jesus. But, they don’t settle. They aim for another million to receive Christ.

With their passion in line, they collaborated with other Christian evangelists, speakers, and worship leaders for the “Together ’22.” “Explo ’72” inspired the evangelistic event. It was also held at the same stadium in Dallas, hosted by evangelist Billy Graham.

In 1972, over 80,000 students came together to be trained in evangelism before they returned home and shared the love and salvation of Christ. As a result, the nation felt explosions of revival. Nick’s father received Jesus through Explo ’72.

Dallas Jenkins, director of the hit series “The Chosen,” was one of the speakers’ lineup. And just like Nick, Dallas’ father, Jerry Jenkins, also became a believer in Jesus because of the Explo ’72. In fact, Jerry named his son after the city where his transformation started, Dallas.

The anointed speakers included in the event were Josh McDowell, Tony Evans, and Francis Chan. Together with them are Christian artists Lecrae, Chris Tomlin, Jeremy Camp, and Crowder.

Rising temperatures covered the two-day event. Nevertheless, the thousands of participants showed up with the same fire in their hearts to see their generation saved. Nick said that the humid weather “guaranteed that these kids did not come for leisure or entertainment. They want to be sent.”

Hundreds responded to Christ, and ministers baptized them during the event.

Pulse also offers a $500 grant to 500 recipients who will propose evangelistic projects in their local community.