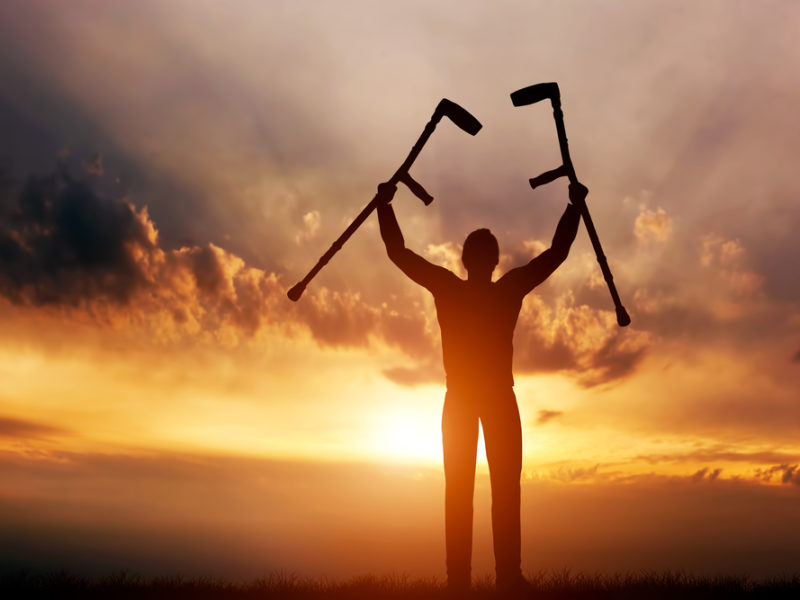 GOD’S KIDS SHOULD OVERCOME THE WORLD

Children of the Most High are ambassadors for his kingdom, a peculiar people who are in the world but not of it. We are to overcome adversity and to stand above the mire of this place through which we sojourn. Yet, too often we find ourselves relating to statements like these:

“I’m stuck between a rock and a hard place.”

You’re probably familiar with these expressions, all commonly used by English-speakers. Each one connotes complexity. We are taught by such idioms that the messy affairs of life often leave us without easy choices. Few people even question that way of thinking, much less actively resist it. Why would we, when our culture and leaders discourage it?

Case in point: recently, Pope Francis told the Jesuit order that they should help young priests understand that everyday decisions Catholics face are rarely ethically clear-cut, instead, falling somewhere on the spectrum between good and evil. He worries that some training programs for priests “run the risk of educating in the light of overly clear and distinct ideas, to act within limits and criteria that are rigidly defined.”

Is this proper Christian thinking? To answer that, we need only look at the life of Yeshua, the Word of God made flesh. Did he ever operate in a gray area, or was everything about his life clear and distinct?

Don’t get me wrong, I’m not suggesting that we won’t encounter dilemmas. Quite the contrary; I find myself in predicaments more often than I’d like. The point is that we need not feel stuck and helpless in those situations because our heavenly Father can get us unstuck. Yeshua was repeatedly thrust into predicaments, but because he stuck to his guns and trusted God, his Father intervened miraculously in every instance.

YHVH God loves to rescue his people from between rocks and hard places. He loves when we overcome.

THERE’S NO MIDDLE GROUND IN THE KINGDOM OF GOD

To Adonai, everything is black and white, ones and zeros. He exists in a state of total purity, as it is written, “God is light, and in him is no darkness whatsoever” (1 John. 1:5). Those who join God’s family by betrothal to Messiah Yeshua become Children of Light (Eph. 5:8), and they are instructed to become perfect like the Father (Mat. 5:48).

Considering that this fallen world of ours is awash in gray, should we, therefore, capitulate to Satan’s way of thinking and embrace ambiguity? No way! For God has called us “holy.”

Holiness means being entirely set apart from the rest of the world. This is not a vague, ethereal concept, but a very practical one. The righteousness that has been imputed to us by faith becomes manifest in our daily behaviors. Since we are a peculiar people (Deu. 14:2), we ought to act like it by refusing to walk a winding path. “In all your ways acknowledge him, and he will make straight your paths” (Pro. 3:6).

THE CULTURE WAR IS RAGING

As a watchman called to prepare God’s Elect for upheaval at the end of the age, I speak a lot about the trying days ahead of us. Based on the end-time oracles of the Hebrew prophets throughout the centuries, I can confidently state that things are about to get very weird (and not the good kind of weird). But the truth is that the days we’re in right now are already fraught with danger—just not the sort that we can easily spot and acknowledge. Whether we realize it or not, all of us are regularly presented with choices that dramatically affect our lives, the lives of those around us, and the state of the Kingdom of God on Earth.

Our Western culture is full of problems such as abortion, deviant sexual behaviors, immodesty, the normalization of divorce, human trafficking and abuse, injustice, and war-mongering. God desperately desires for his people to address and correct these problems (Mic. 6:8) before spiritual cancer kills the patient. He expects us to stand upon Truth and refuse to compromise, to overcome the world even if it means losing our livelihood, which is exactly what it has meant for a growing number of Christian business owners and ministers in the West.

THE PLAGUE OF RELATIVISM

The types of evil listed above have been given room to grow because we live in a society with operational parameters that didn’t come from YHVH. The western world has never entirely valued God’s instructions, but now it has disregarded them all together in exchange for what is perceived as freedom.

If a society values freedom in the sense that individuals should be able to believe whatsoever they desire and act unhindered upon it, then the society will begin to sacrifice any component of itself that seems to restrict freedom. Such is the case in America, where the worship of liberty has morphed into the practice of ultra-tolerance under the patronage of moral relativism. A moral relativist argues that objective moral values must not exist because people disagree about how to define morality.

However, such thinkers find themselves unable to carry that logic through to its ultimate conclusion. If morality is entirely in the eye of the beholder, then one ought to be allowed to commit any atrocity without it being judged by others as an atrocity. Clearly, that approach is untenable in practice.

Without universally-enforced rules of conduct, no society can function. The government makes it possible for diverse people to live together in peace through conformity to a code of law. The government must draw a line somewhere, thereby declaring some behaviors “right” and some “wrong.”

Modern western governments are made up of We the People. So where do “we” draw the line, and who gets to decide that? Is it majority rules? If so, which majority? The people of Texas have an entirely different outlook than the people of California, who themselves are far different than the people of Georgia. And individual cities can be incredibly diverse from one another. What do we do when the progressives of Southern California champion legislation that endangers the conservative families of Northern California, and no compromise is possible? One group or the other must become oppressed.

See how gray this is?

The Judeo-Christian citizen offers the elegant solution: a cosmic standard. Whatever the Most High defines as right, is exclusively right, and we should all conform to that. If our societies had operated in this fashion from the start, then there would be no gray areas.

Of course, for a number of reasons we can’t get into right now, we will never get society at large to conform to biblical standards (and never have, even during the heyday of Catholic Europe). So it falls to the disciples of Messiah to live counter-culturally. Again, we are a special, set-apart people—citizens of Heaven and not of Earth. We ought to be bright colors parading conspicuously through a land of depressing grays. And whenever we encounter nasty dilemmas cultivated by the forces of Evil, we ought to give YHVH God permission to intervene.

Sometimes God rights things miraculously, but most often He does it through Christians who know their scriptures and believe in them.

The Bible is chock full of instructions for right living. The Book of Proverbs alone provides hundreds of wise maxims that we can use to make decisions. The books of Moses list direct commands for holy living. And the practical demonstration of how to live holy from the inside, out, is found in the Gospels, where Yeshua models a perfect life of obedience empowered by love.

Such revelations change us entirely, and now nothing but ourselves can stop us from being world-changers.

Sorry, Pope Francis, but you’ve got it wrong. Christians need to believe that when circumstances look messy, there’s always a way for God to clean them up. When a situation looks hopeless, there’s hope in the Lord. Help often comes in the form of the Lord’s people.

As ambassadors of Christ, we can call down the power of the Most High to provide solutions that man alone cannot offer. We can make a way where there is none because “all things are possible with God” (Mrk. 10:27).

Alexander Lawrence is an author and speaker. He’s on a mission to get the Elect ready for the climax of history. His book is Leviathan’s Ruse: The Comprehensive Guide to the Battle Between Good and Evil.

For just $100 per month you can bring the gospel to 10,000 homes. Join us as media missionaries! GIVE NOW
VIEW COMMENTS
« Movies with a Message: Of Gods and Men (2010) Unprecedented Act Labels 46 Conservative Organizations As “Hate Groups” »