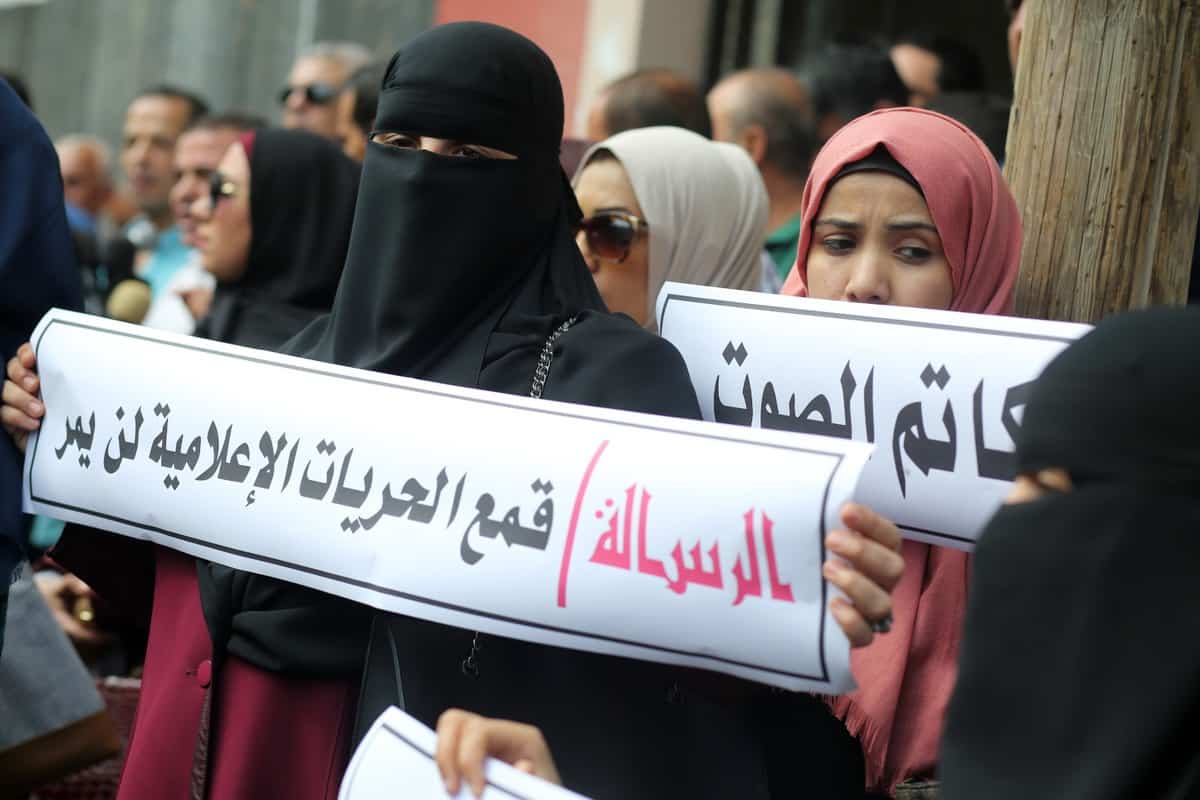 A recent decision by the Palestinian Authority’s (PA)  Attorney General to block 59 Media pages and websites has generated outrage in the PA, with social media users responding angrily with criticism under the banner “blocking is a crime.”

The decision was made with the authorization of a Ramallah court, and the reason given for the shut down was a breach of state security and a threat to public order. A 2018 PA cybercrime prevention law enables the banning of articles, pictures and content published on social media for these stated reasons.

The “Arab 48” website, which was run in the past by the lawyer Walid Hamis, former deputy mayor of Haifa and a member of the Israeli-Arab Balad party, appears on the list of websites that are blocked. An official in Ramallah told TPS that the website is actually used as a tool by former Member of Knesset Azmi Bashara, and the Balad party and is considered to be a nuisance to the PA. In the past, MKs have demanded that the website’s managers and the Amwaj media company be investigated on suspicion of incitement. Bashara fled Israel in 2007 after being accused of espionage for Hezbollah.

Among the websites being blocked are also “Amad”, “Al Kofia” and “El Tayar El Salahi” , which are affiliated with Muhammad Dahlan’s faction. He is an arch-rival of PA head Mahmoud Abbas and was thrown out of Fatah. The Hamas-affiliated “Pal news” was also blocked, as well as sites with content aimed against the PA and Abbas.

Facebook pages claiming there is corruption in the PA and those going against Abbas personally were also blocked.

The decision is causing outrage in the PA while the government has called for the prosecution to cancel the decision.

The journalist Ali Abu Habla wrote that “this is a dark day in the history of Palestinian journalism” while the Palestinian Journalist Union condemned the decision as “a criminal decision” which  “will prevent the Palestinian media from facing the Israeli occupation narrative.”

Media forums and reporters have called on human rights organizations in Europe to intervene in the matter and slammed the PA for its inability to face freedom of speech without suppression. Other reactions called the move “blatant aggression” and a “media massacre.”

Dahlan’s faction condemned the decision and viewed it as a “dangerous precedent that is poisoning the atmosphere” and as a step of political persecution. One of the head members of Dahlan’s party told TPS that Abbas has decided to take action against his political rivals as part of his party’s preparations for the PA elections.

Hamas, which is affiliated with the majority of the blocked sites, called the decision a severe step which even the Israeli intelligence services avoided from taking and noted that the IDF’s Coordination of Government Activities in the Territories’ (COGAT) site was not blocked.