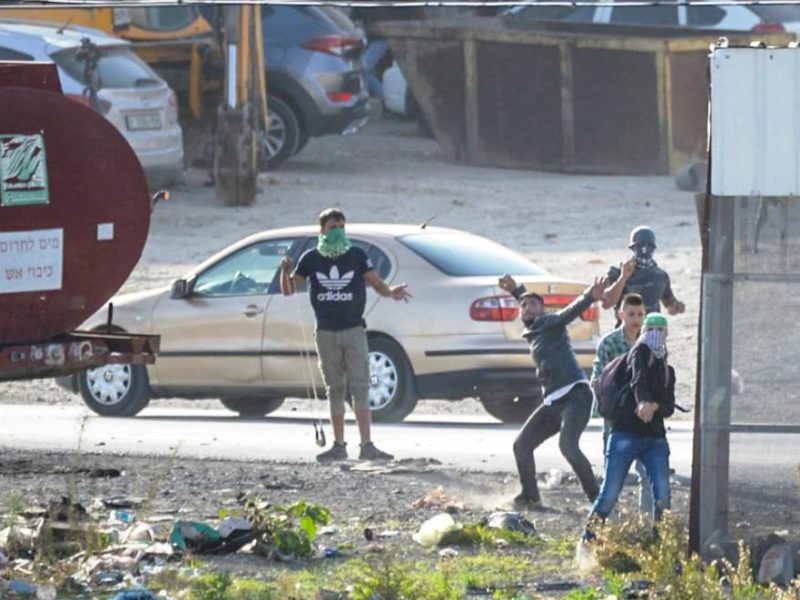 The Palestinian Authority (PA) led “Day of Rage” on Tuesday generated only minor incidents, with only a few dozen rioters turning out to clash with the Israeli security forces, apparently a failure for the PA’s leadership.

Schools were closed at 11:30 to boost the attendance at the events.

Mahmoud al-Aloul, PA head Mahmoud Abbas’ deputy and one of the leaders in line to succeed him, led the demonstrations but apparently failed to generate public interest in the clashes.

A fairly negligible number of rioters arrived at crossings and checkpoints and threw rocks and firebombs at Israeli troops and burned tires. The Israeli forces responded with crowd-control means and a few arrests.

At the entrance to Ramallah, dozens of Arab rioters threw rocks and burned tires. IDF soldiers respond with rubber bullets and tear gas. One rioter was reportedly wounded at the entrance to El Beira, in the Ramallah area.

A journalist was reportedly injured in Tulkarem, and some rioters were treated for tear gas inhalation near Bethlehem.

The PA considered Tuesday’s incidents as a possible turning point and possibly a prelude to another Intifada, but was apparently unsuccessful in its mission, despite the fact that this is the first time in years that the PA declared a day of rage, a fact that should have increased the effect of the violence.

For just $100 per month you can bring the gospel to 10,000 homes. Join us as media missionaries! GIVE NOW
VIEW COMMENTS
« Former Israeli Consul in NY: ‘Israel has Never Been More Accepted, Including in the Arab World’ Israel Ready to Send Aid to Earthquake-Stricken Albania »