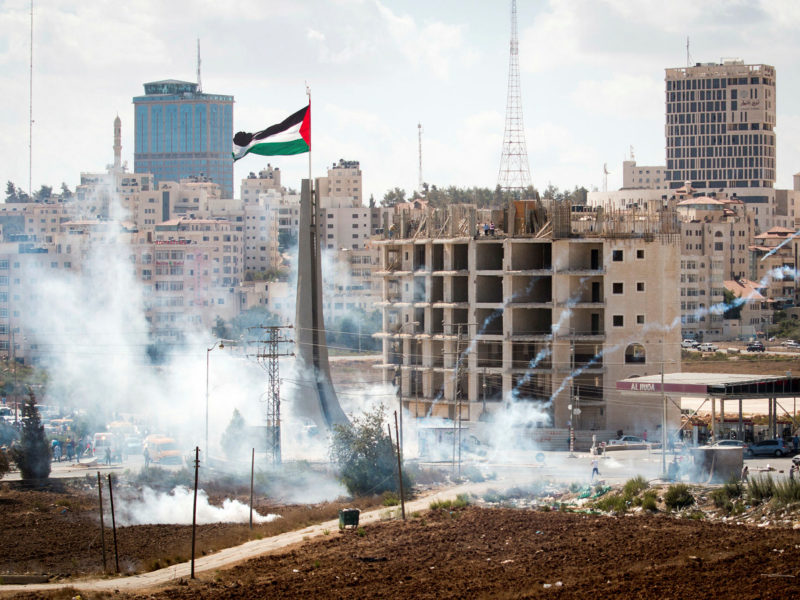 An intricate affair of fraud, corruption, and money laundering by senior Palestinian Authority (PA) officials who transferred the funds to Hamas terrorists training in Malaysia has been exposed, TPS has learned.

Official PA documents obtained by TPS show that Mahmoud Al-Habash, Supreme Shari’ah Judge in the PA and PA head Mahmoud Abbas’ Advisor on Religious and Islamic Affairs and Chairman of the Supreme Council for Shari’ah Justice, is in the center of the corruption case, which is already sending shock waves through the PA.

Habash is suspected of having established shell companies through which funds were laundered and then transferred from Dubai to Malaysia, where Hamas has broadened its activities in recent months.

Habash’s accomplice is the PA’s Ambassador to Malaysia Anwar Al-Agha.

The two established ties in 2011 and began to collaborate in 2014 after Al-Agha was appointed an ambassador in Malaysia.

Al-Agha’s wife was registered as a partner in the shell companies without her knowledge, but after the two separated over a financial dispute she discovered her husband’s illegal dealings and subsequently divorced him because of them.

Attempting to cover his tracks, Habash contacted the PA’s intelligence and reported that the two were divorced following an affair the ambassador’s wife had. He also charged Al-Agha with being behind the assassination of Hamas’ rocket engineer Fadi Mohammad al-Batsh.

Al-Batsh was killed on the streets of Kuala Lumpur in a drive-by motorcycle shooting in April 2018. Malaysian authorities blamed the Mossad. The New York Times reported that the hit was part of an Israeli operation to neutralize Hamas’ program to train weapons engineers in the country. Al-Batsh may have also been involved in facilitating weapons acquisitions from North Korea through Malaysia for Hamas.

A similar report about Hamas activities in Malaysia surfaced after Operation Protective Edge, during which IDF forces captured several hundred terrorists. One of them revealed that Hamas terrorists were receiving advanced para-gliding training in Malaysia so that they could infiltrate Israel by air in order to kidnap and murder Israelis. The terrorist said he belonged to a 10-man team.

The PA report further details how Habash attempted to push the PA’s investigation into al-Batsh’s assassination towards Al-Agha’s direction, in an attempt to have him implicated and then disposed of.

The report also determined that Habash abused his religious activities and senior office to support Hamas. Habash, previously a Hamas member in Gaza, was stationed by Mahmoud Dahlan in Ramallah in 2007 with the task of publicly defaming his former organization. Publicly, Habash did as he was tasked but secretly continued to act on Hamas’ behalf.

Habash has ties with another Hamas member, the Algerian Fatah al-Nuri, formerly of Gaza. The two own several companies with bank accounts in Algeria, Turkey, Portugal and Jordan.

Habash also maintains ties with the PA’s ambassador to Sudan Abed al Fatah al-Satri. The two worked with Yasser Abbas, son of PA head Abbas, in a series of schemes to launder funds for terror groups and illegal trade in oil from Sudan, an affair exposed by TPS in a previous report.

Ramallah has been in turmoil and officials have been trading allegations and political blows after the recent exposure of a series of PA-related corruption cases.

A.Q., a PA official, told TPS that corruption reaches the highest echelons, including Abbas’ inner circle, and that the support for Hamas coming from within the PA threatens the PA’s own regime.

Dr. Ehud Rosen, of the Jerusalem Center for Public Affairs (JCPA), noted that Malaysia’s 92-year-old Prime Minister Mahathir Mohamad maintains close ties with the Muslim Brotherhood around the world, and especially with Hamas.

Responding to TPS’ request for comment, Habash’s bureau chief Khaled Barude dismissed the report as baseless allegations. He denied any ties between Habash and al-Agha and refused to discuss the matter any further accept in a meeting in Habash’s office in Ramallah.

Habash has not responded to TPS’ direct inquiries, and Barude refused to relay TPS questions.

For just $100 per month you can bring the gospel to 10,000 homes. Join us as media missionaries! GIVE NOW
VIEW COMMENTS
« 8 States Form A Connected Chain Against Abortion With More To Follow Israel’s First Lady Nechama Rivlin Passes Away at 73 »