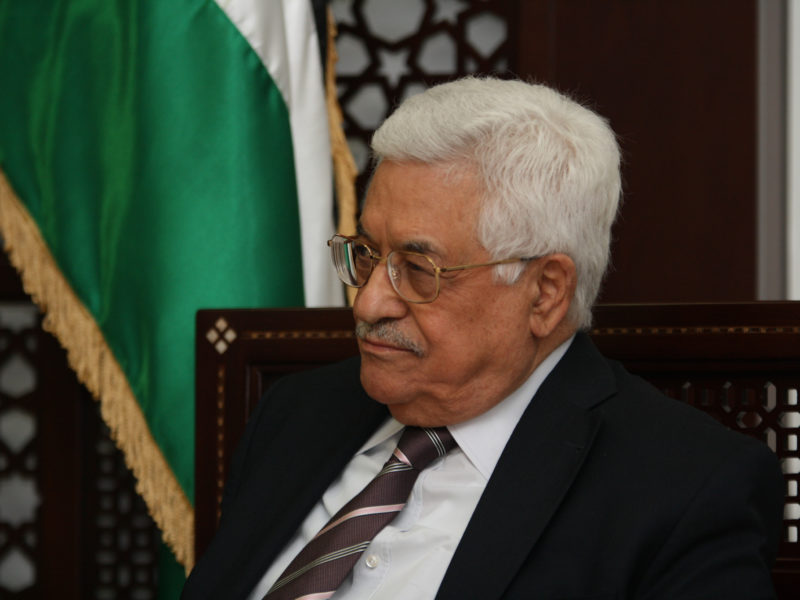 The head of the Palestinian Authority (PA) Mahmoud Abbas has surprisingly traveled to Germany for medical examinations,  The examinations are believed to be routine.

Abbas departed Ramallah in a Jordanian helicopter. He was expected to travel to Germany after a brief stop in Jordan. Besides his medical treatment, Abbas is set to meet German chancellor Angela Merkel for talks in Berlin. He last met Merkel for talks in Germany in 2019.

Abbas, known to be a heavy smoker, has previously suffered from heart issues. He made several public appearances in the past days and is not believed to currently be suffering from ill-health. The PA head is set to return to Ramallah on Thursday.

Abbas is under severe political pressure, with senior Fatah officials telling TPS that there is an atmosphere of rebellion against the rule of the 85-year-old, who is now perceived as responsible for crushing the organization and splitting it into rival factions.

“Disaster, collapse, black day, the end of Fatah,” the organization’s activists say, raising the possibility that the situation may worsen in the near future. Many elements are now joining the criticism against Abbas, including those who worked alongside Yasser Arafat, including foreign officials, officers, and former senior officials, and are attacking Abbas as responsible for the drama and historical division in Fatah.

The PA is set to hold its first election in 15 years on May 22nd. Meanwhile, there is growing speculation in Ramallah that Abbas will announce the postponement of the elections, justifying such a step by citing Israel’s refusal to allow ballot boxes in eastern Jerusalem. A senior official told TPS there is an understanding, almost a decision by Abbas, to postpone the election and save Fatah.

For just $100 per month you can bring the gospel to 10,000 homes. Join us as media missionaries! GIVE NOW
VIEW COMMENTS
« The Spirit Separate From The Flesh Is Total Freedom Holocaust Survivor Joyously Celebrates His Bar Mitzvah, Almost 75 Years Late »