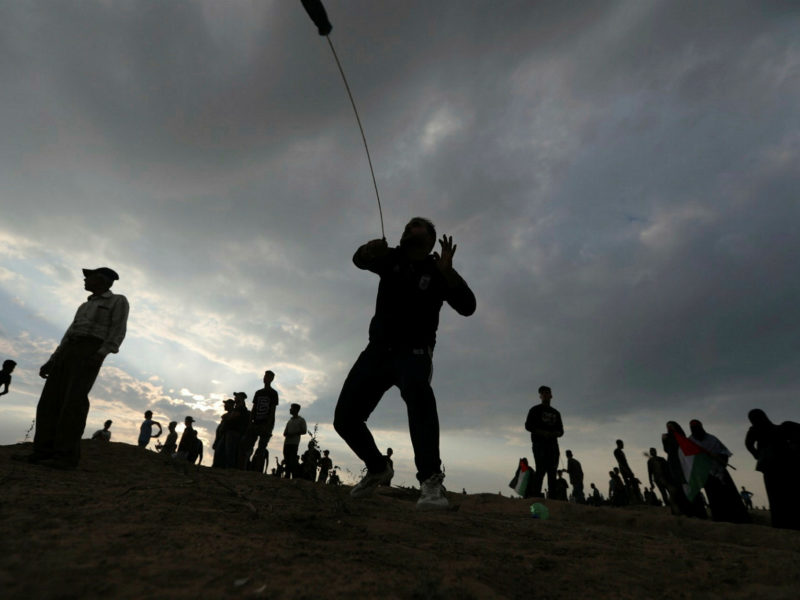 The Palestinian Authority (PA) will lead a “day of rage” on Tuesday throughout Judea and Samaria in protest of the recent US announcement that Israel’s presence in Judea and Samaria is not illegal according to international law, and a source within the PA told TPS he fears significant violence.

Mahmoud al-Aloul, PA head Mahmoud Abbas’ deputy and one of the leaders in line to succeed him, is leading the demonstrations. He clarified Monday that the days of rage will not be confined to Tuesday or Friday and will become “a regular situation.”

Senior Fatah official Jamal Mouhsein added that the day of rage is a prelude to another Intifada.

This is the first time in years since the PA last declared a day of rage, a fact that could amplify the effect of the violence.

The PA is calling for “popular resistance,” which means all violent acts that do not include the use of firearms are explosive charges, but such “peaceful protests” can easily deteriorate.

The PA is considering tomorrow’s events a possible turning point, but not everyone is impressed.

A source in Gaza told TPS that if the violence increase, the PA will suppress the protests itself.

“I do not think they are serious regarding their protest against the US legalization of settlements because the number of the settlements and settlers have sharply increased since Oslo until today and the PA did nothing on the ground to stop it,” the source said.

“However, I hope that the PA is serious and the Israeli occupation stops its illegal settlement in the occupied territories,” he added.

An Israeli security official warned of rock and firebomb throwing and tire burning at all points of friction, crossings and checkpoints.

He also warned of possible stabbing or vehicular terror attacks.

For just $100 per month you can bring the gospel to 10,000 homes. Join us as media missionaries! GIVE NOW
VIEW COMMENTS
« Kanye West: Are “We” Called To Judge Salvation? Gantz Fails to Form Govt, Mandate Goes to Knesset in Historical First »