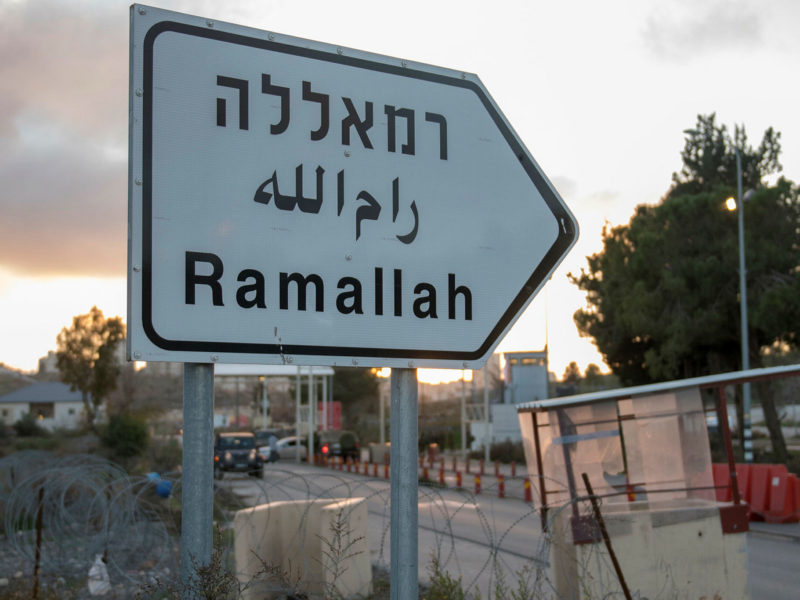 The US embassy was recently forced to cancel two dialog-promoting events between Americans and Palestinian Authority (PA) Arabs following pressure and threats from the Palestinian National and Islamic Forces (PNIF), which has functioned as an umbrella organization for coordination between the various terrorist groups.

The Palestinian Media Watch, which monitors incitement in the PA media and educational system, quoted the official PA daily Al-Hayat Al-Jadida which reported late last month that the US embassy canceled a gathering of Alumni of US educational and cultural programs after the PNIF called for a boycott and threatened to organize protests.

PMW also reported that a second meeting between the US embassy’s commercial attaché and PA business people was canceled with less than 24-hour’s notice last week after the PNIF contacted its management and demanded that the event be canceled.

US events held in PA territory have previously been attacked or shut down violently, and US Embassy officials have likewise been heckled or assaulted.

Calling the cancellation of the latest US-sponsored event “another Palestinian victory,” the PNIF said that the planned meeting was the “Americans deliberately, arrogantly, and rudely ignoring our people’s legal frameworks and bodies, and an attempt to bypass them and create direct contact with Palestinian figures and institutions through the embassy.”

“While the cancellation of these events is significant, the fact that the Palestinian National and Islamic Forces took credit for thwarting the events should raise alarm,” explained PMW’s director Itamar Marcus.

During the September 2000 – 2005 terror war initiated by the Palestinian Authority, the Palestinian National and Islamic Forces functioned as the umbrella organization for coordination between many different terrorist groups, including Hamas, Palestinian Islamic Jihad, and Fatah’s Al-Aqsa Martyrs Brigades.

After the two cancelations, the PNIF warned against similar future events and “the consequences of responding to any invitation from the embassy or any American institution that supports the occupation and US policy, which denies our people’s rights and the decisions of international institutions.”

Maurice Hirsch, head of legal strategies at PMW, noted that “the fact that this umbrella organization is once again functioning, and even wielding influence, is disturbing.”

“A forum, which in the past provided a platform for terrorist organizations to meet and coordinate their terror activities, could very easily be used to perform the same function again,” he cautioned. “Furthermore, while the official political line is that Mahmoud Abbas’s Fatah party is not cooperating with Hamas, this operational platform may actually be reorganizing.”

The PA has essentially been boycotting the US since President Donald Trump recognized Jerusalem as Israel’s capital.

TPS has reported about covert meetings between US and PA officials, but all ties between Ramallah and Washington have in essence been frozen.

For just $100 per month you can bring the gospel to 10,000 homes. Join us as media missionaries! GIVE NOW
VIEW COMMENTS
« In Search Of The Best College For Me: Abilene Christian University Preparing A Child For Colleges And Universities »