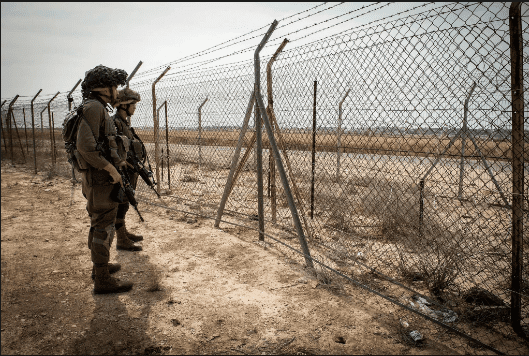 Palestinians opened fire at civilian work crews working along the northern section of the Gaza Strip. One vehicle was hit, the IDF Spokesman’s Unit said. IDF tanks responded by attacking a Hamas position in the region.

The incident occurred several hours after the IDF ramped up security in the Gaza Belt region, dispatching forces and blocking major roads in anticipation of a possible Hamas attack after the terror group vowed to avenge the killing of two of the organization’s snipers during an IDF attack Tuesday.

IDF tanks shelled a guardpost after mistaking a training exercise for aggression directed towards Israel. On Wednesday, the IDF identified Hamas operatives evacuating bases and outposts, strengthening the assessment that a response may be imminent.

“In light of Hamas statements and the evacuation of Hamas outposts, the Southern Command decided to reinforce the Gaza Division and close several Israeli roads in the area surrounding the Gaza Strip for security reasons,” the IDF Spokesperson’s Unit said in a statement, adding that “The IDF operates in order to ensure the security of civilians in the area, will not tolerate any aggression against Israeli civilians or soldiers, and is prepared for a wide variety of scenarios.”