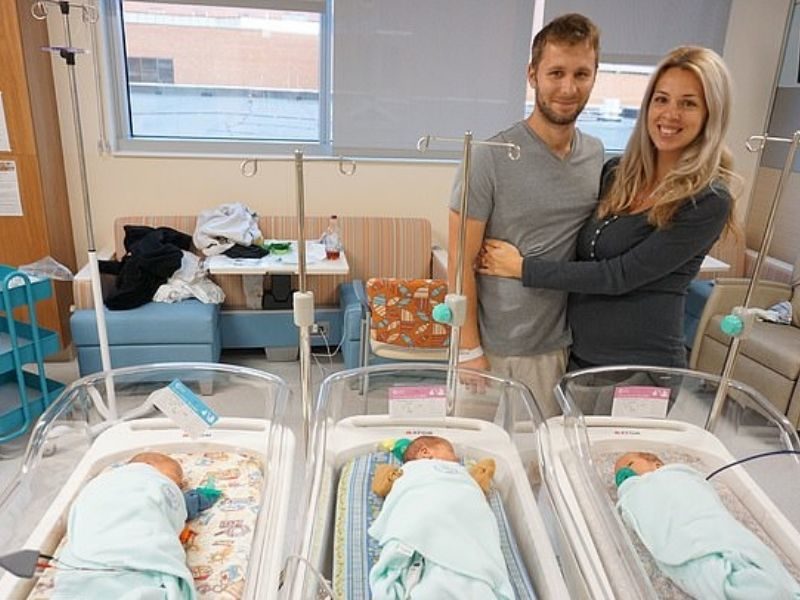 A couple from Ohio was overjoyed as they welcome their ‘miracle’ triplets to the family. After experiencing losses of 4 babies in just a span of 2 years, their newborns gave them hope and life.

Crystal and Marco Milutinovic had always wanted a big family. In their first try to conceive a baby, they spent 5 years to birth their firstborn son, Demitirje. During this time, doctors diagnosed Crystal with PCOS (Polycystic Ovary Syndrome). This puts Crystal into higher risk of pregnancy complications. But they did not give up their dream of having a big family.

On August 2018, Crystal found out that she was carrying triplets. The news elated the couple as her pregnancy went smoothly. But after 24 weeks, the joy turned to mourning. Crystal delivered the babies prematurely and had to say goodbye to two of their babies.

Baby Milan suffered an infection in his intestines that turned septic. “Milan’s health declined rapidly and he also suffered a grade four brain bleed. We were trying to hold on to him, more for us, but he was in so much pain. We never thought we could turn the machine off but we couldn’t let him suffer any more,” Crystal explained.

As they were saying goodbye to Milan, baby Katarina’s heart rate dropped so low. Ultimately, they couldn’t save the two babies. “So I held them both close to my chest. Waiting for them to pass in my arms was the most difficult and deep pain I’ve ever experienced. It was unimaginable.”

The only one left, Lana, struggled to survive. Apparently, she was diagnosed with lung disease and E-coli. Doctors had to resuscitate her 10 times. Lana had to spend 109 days in NICU before finally coming home.

Crystal recalled, “I spent every day by her side, I needed her more than she needed me. Every day was so special with her.”

Despite what Crystal and Marco went through, there was still yet another challenge in parenthood awaiting for them.

Just a year later, Crystal was pregnant again with twins! She felt hopeful this time because the twins came on the anniversary of Milan’s and Katarina’s death. Sadly, 8 weeks later, Crystal suffered a miscarriage and ectopic pregnancy.

Crystal shared, “It was the lowest point of my life – after losing Milan and Katarina, I never thought anything more could happen to us.”

The devastation made the couple to take some time out and stop trying. 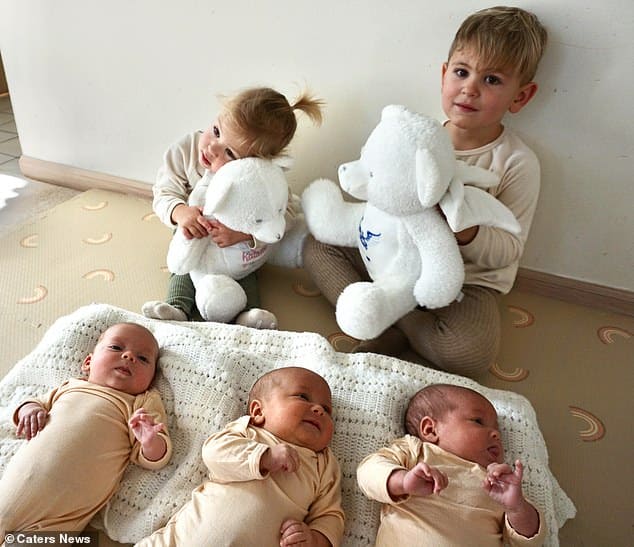 But on January 2020, Crystal and Marco received news that they are again expecting triplets. Even though multiples don’t run on both sides of their family, the couple was beyond surprised with what they heard.

This time, they went ahead to prevent any miscarriages again. They took out $6,000 to pay for a transabdominal cerclage procedure. This is to help prevent premature labor.

Successfully, it worked. On September 10, the Milutinovics welcomed the arrival of their healthy baby triplets, Malina, Kostadin, and Aleksija.

“I felt like our family was broken,” Crystal said. “But now it is complete. We felt complete when we brought them home to meet the other kids. I felt like we finally found what we were searching for.”

Indeed, we should never get tired of trying to achieve our dreams.

For just $100 per month you can bring the gospel to 10,000 homes. Join us as media missionaries! GIVE NOW
VIEW COMMENTS
« How Will You Respond When G-d Appears to You? Pompeo Becomes First US Secretary of State to Visit Judea and Samaria »