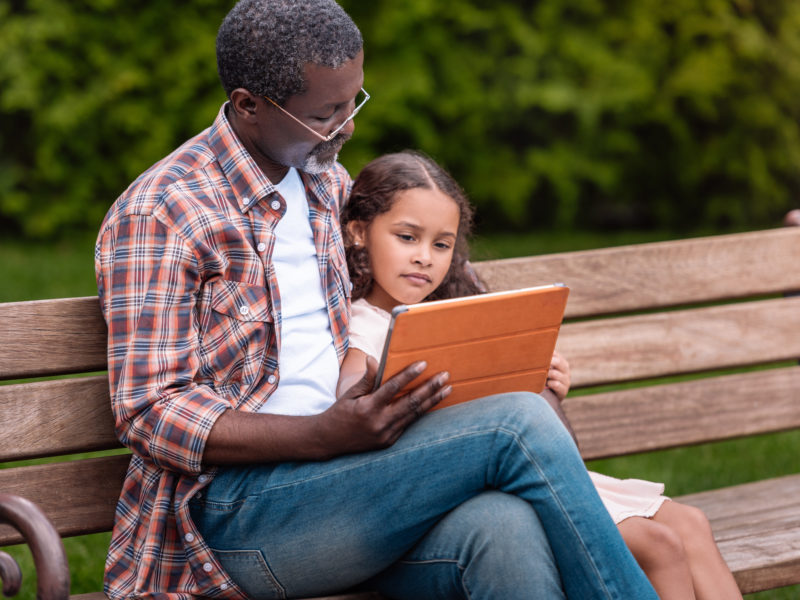 When we think of the values we want to pass down to our children, we also think about how those practically play out in our day to day lives as habits. It’s one thing to like the idea of a value, but if it isn’t something you have incorporated into your life, it won’t likely get passed on to your children.

One of the values we want to pass down to our children is for them to contribute to the family. From the time our children were about eighteen months old, we found places for them to begin helping out. When our son August was three years old, one way he helped around the house was to separate the silverware. We’d get the silverware rack out of the dishwasher and set it beside the silverware tray from the drawer. It was his job to sort all the clean forks, spoons, and butter knives into the tray. Like most new things, the first few times this was an exciting experience for him. He was doing a “big boy job” and was quite proud of himself. Unfortunately for us, after about three days of doing this every morning, the fun started to wear off for him.

Having a child do something they don’t want to do is not the most enjoyable experience for a parent. After day three, August did not want to sort the silverware every morning and made sure we knew about it. The fun was gone so he was done, or so he thought. For us, as parents, this “big boy job” was more than just about the silverware; it was about contribution. We want our children to contribute to our family and sorting silverware was a place we decided August would begin. His lack of interest in his new task did not deter us from making sure he continued doing it.

At first, we tried letting him pay us to do the silverware for him. That worked for about 2 days – until he ran out of the money he had saved. Then we tried having him sit in what we call the “no fun” chair until he was ready to help. (A “no fun” chair is a place a child sits when they are not choosing to be fun for others to be around.) He sat in the chair until he decided he’d rather go sort silverware than sit in the chair all day. With this idea, we found a solution which finally worked. He happily went to the chair, because in the moment, the chair seemed much more inviting than the unsorted silverware. But, after about ten minutes, he decided he’d rather tackle the silverware than sit in the chair any longer. The momentary excitement of skipping out on his job was soon dashed by the restriction of sitting in a chair all alone.

It took about a week of giving him the choice of the chair or sorting silverware, but he eventually sorted out in his mind that simply doing the silverware when he was asked was the best option. In the middle of our daily challenge with August and the silverware, it seemed like a big hassle for us to deal with the situation. At times, we were tempted to do it for him rather than push through. It definitely would have saved us time, but we knew we were investing in something bigger. We were creating something in our child that would last his lifetime. Because of this, we were willing to take a week or a month to push through the frustration and inconvenience, no matter how long it might possibly take. We weren’t focused on sorting silverware; we were focused on the future. We weren’t looking at the short-term hassle of whining and pushing through to be consistent; we were looking at what consistency would produce in us and in our son.

It might sound like we were just typical parents working through how to have our children help out around the house, but what we were really doing is investing in eternity. We are raising world changers in our home. We are raising children who value God, themselves, and others, and who know they have something wonderful to offer the world. One day, they are going to be contributors to society, and we want their contributions to have a positive impact on everyone they influence.

What feels like normal day-to-day life for a parent actually has a much greater impact than here and now. We, as parents, drastically impact the lives of our children. The choices and decisions we make as we raise them will echo into eternity. It’s easy to forget that the here and now will touch eternity, but it will. Intentionally investing in our children while they are young is an investment that will pay off one hundred fold in the future. Intentional parenting starts every morning when our children wake up. It might be as simple as following through to have them sort the silverware, or it might be teaching them about who God is and who they are to Him. No matter how small and trivial or how large and substantial daily interactions with your child seem, they all come together to define a child who will one day become an adult in our world making decisions for themselves and impacting those around them.

What are some of the values that you are wanting to pass on to your children? How can you take some practical steps to incorporate them into your family life?

For just $100 per month you can bring the gospel to 10,000 homes. Join us as media missionaries! GIVE NOW
VIEW COMMENTS
« True Story Behind The Hymn: I Have Decided To Follow Jesus Healing From Terminal Skin Disease Broadcasted On News Media »