Medical Miracle: Pastor Donates Kidney To Man He Just Met, But What Happened During Surgery Left the Doctors in Shock | GOD TV
Video 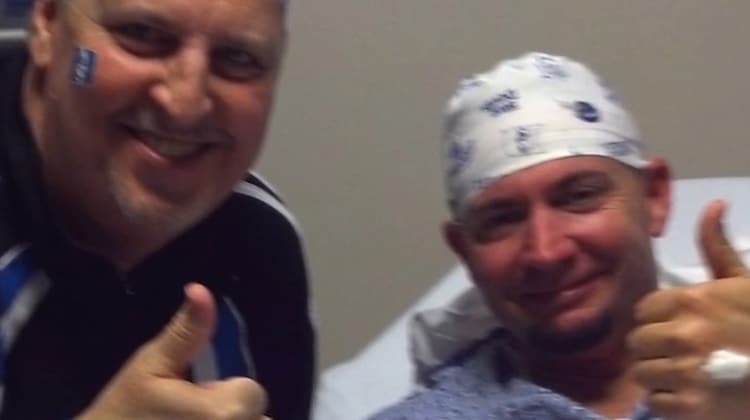 We can never fully know the impact that somebody is going to have on our lives. As the seasons of life ebb and flow, so do our relationships, with some friendships lasting lifetimes and others only lasting for a few brief moments. However, there is no doubt that even someone who has only been in our life for a brief moment can have the ability to make the biggest impact in our life.

When Don Herbert and Pastor Tim Jones met they had no idea that their new friendship would end up saving both of their lives. Even the fact that they did end up meeting is a miracle in itself. As Herbert and his wife were out looking for yard sales, they happened to hear beautiful gospel music coming from inside of a church. Because Herbert is a gospel singer himself, he decided that he wanted to go in and hear the music.

That’s when he met Jones, who also shared a deep love for music. During their conversation, Herbert invited Jones to sing with his quartet in the next revival that they would be singing at. The two became friends on Facebook and parted ways that day not knowing what was going to come next.

For the past few years, Herbert had been suffering from a life-threatening condition and had already undergone surgeries to try and save his life. Although his last procedure had went well, doctors found blockages in Herbert’s heart which was going to mean that he would need another procedure.

Herbert was ready to do whatever he needed to do in order to continue living – the problem was that he also had weak kidneys which would not be able to withstand the heart surgery that he needed to have. Because it could take up to seven years for a kidney donor to be found, Herbert had to trust that God was going to see him through this very tough time.

“I had a strong faith that God was going to take care of me no matter what happened,” said Don.

Belinda decided to share their situation on Facebook in the hopes that someone would be able to help.

“I am willing to be the donor but I do not have insurance coverage and we can not afford it. It is so hard to ask something so tremendous and so humbling but I want the man I love to live a long life. I do want to grow old with him by my side. I am asking for help! If anyone would be interested in being the donor or help organize fundraisers or donate to raise funds to purchase insurance for me just long enough to get through the testing please message me.”

Amazingly, after only two weeks of knowing Herbert, Jones was so moved by the Facebook post that he decided to offer himself as a kidney donor. He went in for the testing and incredibly he was the perfect match! The chances of this is only one in 20,000 – making this already an amazing miracle!

Little did Jones and Herbert know that an even bigger miracle was about to happen. As doctors were removing Jones’ kidneys it was discovered that he had an aneurysm. It is completely probable that if Jones had not been having this surgery to donate his kidneys, his aneurysm would have gone unnoticed and resulted in his own death.

Jones had to have true selflessness in order to offer his kidneys to Herbert and as a result, his own life was saved that day. What an amazing example of how God blesses us when we give out of a loving heart.

Don’t forget to share with your friends on Social Media and help us spread the good news!

For just $100 per month you can bring the gospel to 10,000 homes. Join us as media missionaries! GIVE NOW
VIEW COMMENTS
« UN passes ‘Protection of the Palestinian Civilian Population Resolution’ (120-8) My Wisdometer »