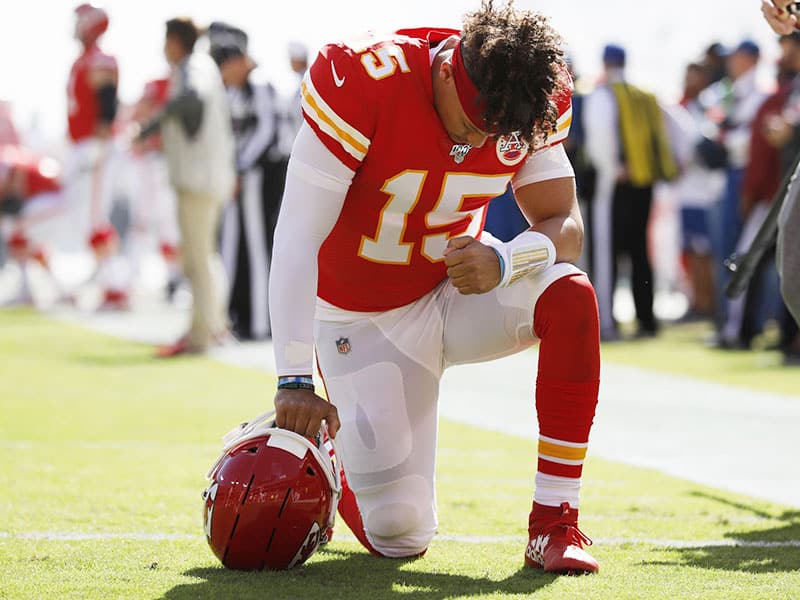 NFL Kansas City Chiefs quarterback Patrick Mahomes’ one major reason he keeps his feet on the ground is because of his Christian faith.

Patrick Mahomes has been gaining much attention following his winning streak in the Super Bowl in February. In fact, many people are branding him as “the next Brett Favre” because of his athletic staying power, according to TMN. However, the humility and faith the young man has shown are more like Tim Tebow’s. 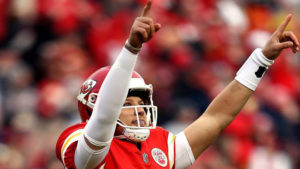 The Tyler, Texas native turns to God in all his successes. And even his playbook is the Bible.

Patrick’s mom, Randi Martin, explained how her son found Jesus. And how at a young age, the NFL star doesn’t shy away from that choice.

“In middle school, he got really involved with his youth group,” his mom recalled. “He got saved. There was a night at church, he had his hands raised to the Lord and he was singing. I just felt overcome with this most awesome moment, more than any football game, because I knew where his heart truly is.”

According to the mother, his faith has kept her son remaining humble amidst fame and success. Praying and thanking God every single time has helped the young athlete achieve that.

I want him to stay humble; that means a lot to me,” Randi said about Patrick. “I always encourage him to pray and to thank God for the blessings that he has and his abilities.”

Patrick Mahomes entered the NFL draft in 2017. And right after his stellar performance in the 2018 season, he won an MVP award. Moreover, he led the Chiefs to win the Super Bowl championship this year over San Francisco 49ers after 50 years. Of which, he became Super Bowl’s Most Valuable Player.

The young football player’s down-to-earth demeanor and commitment to charitable endeavors made him popular as well. He practices what he preaches and often actively shares his faith on Twitter. Also, he is known to “take young children on shopping sprees, spending quality time with them and treating them with new clothes and shoes.”

Watch the video below to hear more about his faith in God in an interview.