The Day of Pentecost – Celebrating the Harvest! 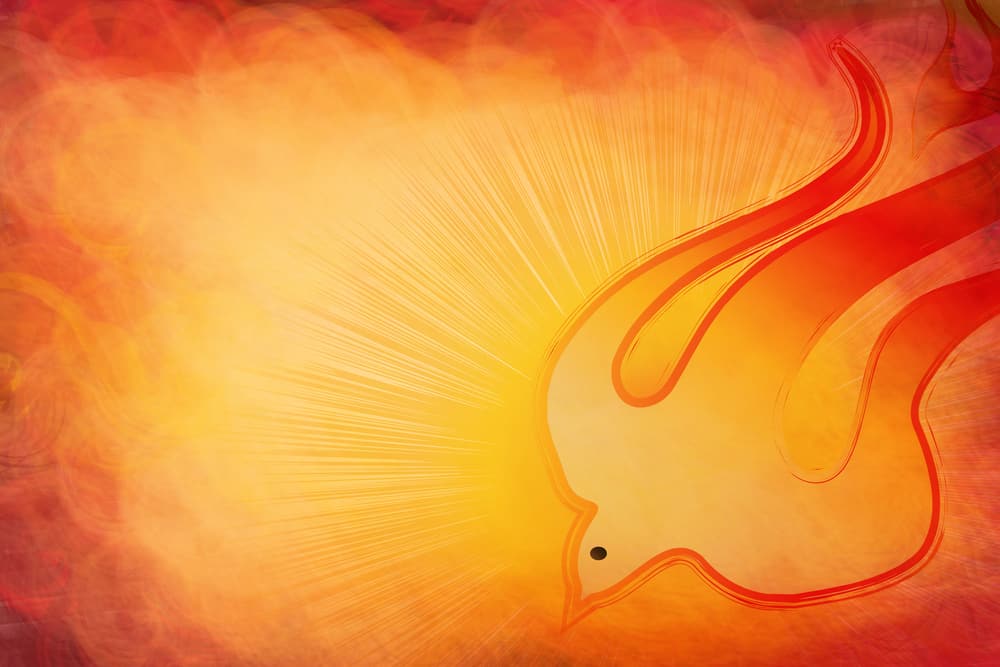 As Christians, we look on the Day of Pentecost as the time when the disciples were filled with the Holy Spirit. However, how did the term ‘Pentecost’ come about? What is its significance?

Pentecost comes from the Greek meaning fiftieth day. Its roots are in the Jewish Feast of Shavuot. This feast occurs exactly 50 days following Passover.

Like most things in Judaism, there is more than one meaning and Shavuot is no exception. It has a double meaning. Also known as the Feast of Weeks, it commemorates the day that God gave the Torah to the Jews on Mount Sinai. Therefore, there is a direct link to Passover, when Moses delivered the Jews from slavery into freedom and brought his people the Law. Shavuot also completes God’s desire to restore His people to Himself and concludes His people’s commitment to becoming a nation and serving God.

So, let’s think about the disciples for a moment. Weeks prior, they had just completed Passover with the Lord. They had watched Him be crucified and raised from the dead. He appeared to them and told them something extraordinary. In Acts 1: 1-7 it states:

“After His suffering, He presented himself to them and gave many convincing proofs that He was alive. He appeared to them over a period of forty days and spoke about the Kingdom of God. On one occasion, while He was eating with them, He gave them this command: ‘Do not leave Jerusalem, but wait for the gift My Father promised, which you have heard Me speak about. For John baptized with water, but in a few days you will be baptized with the Holy Spirit.”

I believe it is just following the above declaration that Jesus ascends into Heaven before their very eyes – but remember at this stage this announcement was only revealed to eleven Disciples. Matthias, who takes Judas place, is chosen after the ascension (Acts 1:9,21-26).

So approximately nine days later, on the 50th day after Passover as per Jewish tradition and as Jesus had instructed them; they would not leave their capital city but stay and gather together in Jerusalem.

So, the scene is set.

Jerusalem would have looked as though an invasion was taking place. Throngs of Jews gathering for Shavuot.

“Now there were staying in Jerusalem other God-fearing Jews from every nation under heaven.” (Acts 2:1 & 5)

And again, in Act 2:8-11 we are told of the gathered crowds of diversity,

“…Parthians, Medes and Elamites; residents of Mesopotamia, Judea and Cappadocia, Pontus and Asia,  Phrygia and Pamphylia, Egypt and the parts of Libya near Cyrene; visitors from Rome (both Jews and converts to Judaism); Cretans and Arabs…”

So, let’s quickly recap. The disciples had been instructed by Jesus to wait upon the Holy Spirit and not to leave Jerusalem. Why? Because they were to receive a gift.

As they waited in the Upper Room, surely they were engulfed by a mixture of emotions. Some were maybe reflecting that their Lord was not able to participate physically in Shavuot this year for the first time. Others were maybe thinking of Passover in the same room just 50 days prior. Maybe, Peter read from the Torah like their kinsmen, while they waited, as part of their traditional Shavuot.

One thing is for sure, all of them at that time, were sitting down waiting in anticipation for the promise of what was about to happen…but they wouldn’t be sitting for long! Hallelujah!

Suddenly and without warning a sound occurs like a violent storm from Heaven – it fills the entire house!

They see what appears to be tongues of fire descending and resting upon each of them individually. Concurrently, they are filled with the Holy Spirit and begin speaking in other tongues. Witnesses outside hear the commotion and begin to gather, startled and bewildered at this phenomenal event taking place. The disciples from that exact moment are now powerfully equipped to witness for the risen Christ to the ends of the earth – think about that!

So this Pentecost, I ask that we all reflect and go a little deeper. Ask yourself, why did this event occur when it did? God never does anything by accident.

The Jewish people remember the Law being given to them and God’s provision every year, at this time.

Remember that Jesus’ sacrifice ensured that He had provided us with not only a new covenant with Father God but a new provision, in the form of baptism of the Holy Spirit – of which I personally believe we can all receive TODAY!

Just as John the Baptist had preached, and just as we were promised, we can become powerful ambassadors for God’s Kingdom – NOW!

I pray that this year you experience your personal Day of Pentecost. Saturate this darkened world with His Word, His light and His gifts to you through the power of the Holy Spirit.

Show others that Jesus is the way, the truth and life and that He reigns supreme in all realms – Yesterday, Today and FOREVER! God bless you… You are loosed!