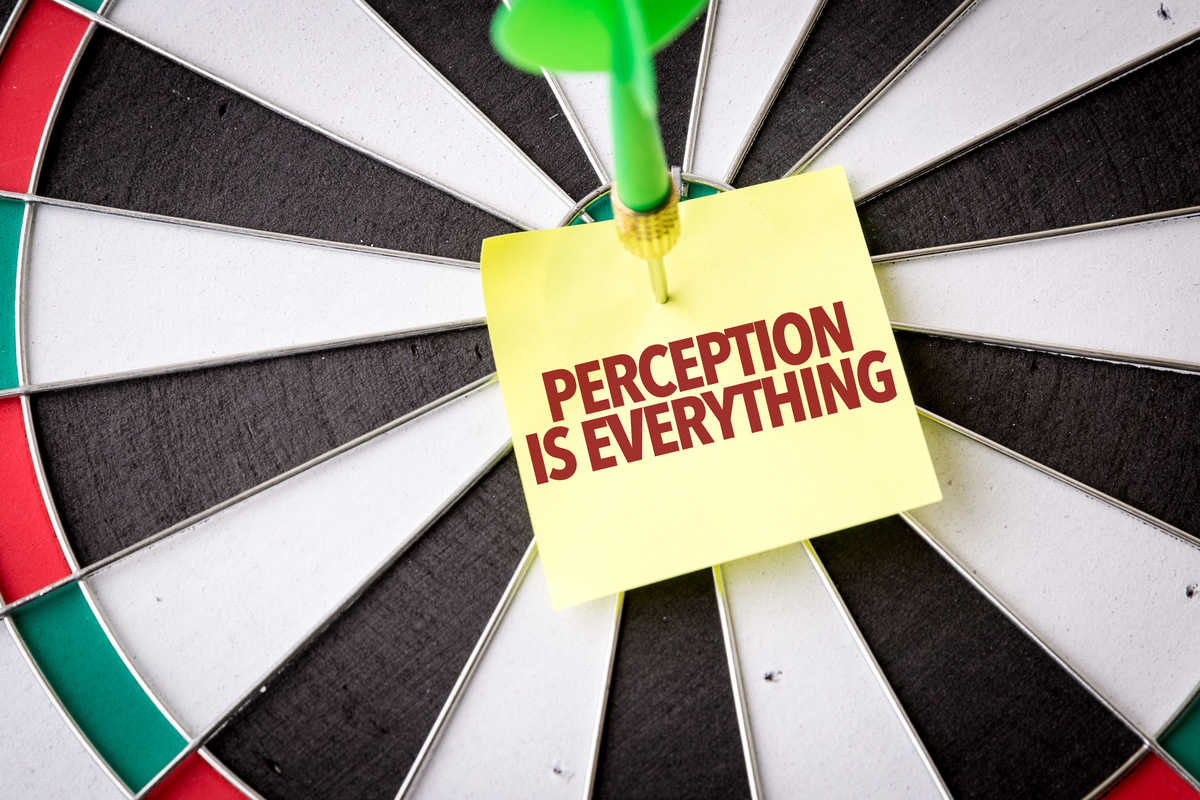 I once worked with a guy who showed up at the office on Friday mornings but then mysteriously disappeared for the rest of the day. Although his office door was open and his light turned on, he was nowhere to be found all day. After months of watching and wondering, I finally asked him about it. He confided that he was taking off each Friday but he didn’t want anyone to know it, including our boss.

The head of our organization was a very driven leader who thought his staff should work long days, 6 days a week, and be on call. That seemed unreasonable to my friend, so he decided he’d show up on Friday mornings to make an appearance, but then quietly leave for the rest of the day, instructing his administrative assistant to keep his door open and light on until she left the office at the end of the day. He finished his explanation saying with a wink, “Perception is EVERYTHING!”

Would you believe that vanishing employee was an associate pastor of a church where we both served on staff? Yep. And the driven leader was the Senior Pastor.  I could write blogs about that all year. But today, I want to share a fresh word with you about those three little words, “Perception is EVERYTHING!”

I must admit. That statement has always bothered me because attempting to create a perception not based on truth could boarder on falsehood and deception.

I was on a lengthy tech support call with our VOIP business phone provider because of problems we were having with our phone system.  The tech support guy – let’s call him Jim – seemed somewhat incompetent and I kept having to repeat myself and explain our issues. To top it off, he kept coughing into the phone, without attempting to muffle his cough or even apologize. His coughing was SO loud, I had to turn the volume on my phone down low. I was getting impatient.

Suddenly, in the middle of my annoyance, the Holy Spirit whispered.

“So, Jim…sounds like you’re a bit under the weather. Would you like me to pray for you?”

“Yeah, I’ve been REALLY sick. You should have heard me a few days ago. Sure, go ahead and pray for me.”

So, I prayed a quick prayer, commanding his body to be healed and that cough to stop. We went back to troubleshooting.

A few minutes later, we had to conference in my husband to troubleshoot his phone. I interjected another quick prayer aloud, asking the Holy Spirit to show Jim what to do to fix the problem.

“Hey Jim, I noticed you haven’t coughed since we prayed…”

Next thing you know my husband steps in and starts ministering to Jim. Jim was away from God. A prodigal needing to come home, but not knowing how. God really touched him, not just physically, but spiritually. He couldn’t believe that out of all the tech support phone calls he got, he received our call. And what do you know, in the middle of ministering to him, Jim figured out what to do to fix our phone system. As we hung up, thanking Jim for fixing our phone problem, Jim was thanking US for taking the time to pray with him and encourage him, saying how much he needed that! How cool is that?!

As I pondered the situation, the Holy Spirit whispered, “Perception is everything!”

What? I don’t like that phrase. But when the Holy Spirit spoke those words, suddenly it took on a whole new meaning.

I knew what He was saying. My annoying situation was actually a divine appointment that I could have easily missed had I not gotten past my flesh, and tuned in spiritually to PERCEIVE GOD in the situation.

In this situation, perception WAS everything.

It’s not the perception of OTHERS I should be concerned with, but my own perception! My own SPIRITUAL perception!

And so it is with all of us. We are spiritual beings. As Christians, we have the Holy Spirit living inside us, who wants to guide us, to help us, and to use us in powerful ways to do exploits in His name.

But if we don’t PERCEIVE His promptings, His leading, His voice, His whisper, we can easily miss what He has for us – blessings, divine appointments and so much more.

This year, let’s not concern ourselves so much with the perception of others, but instead, determine to fine tune OUR perception to what God is saying and doing. As we do, we’ll be AMAZED at what happens!

Kathy is a gifted speaker and writer with a passion for equipping believers to fulfill their God-given purpose. She had the privilege of serving with Evangelist/Pastor Steve Hill for 11 years at his evangelistic ministry and his church, Heartland World Ministries Church, serving as Director of Publications for the church and then Director of Operations for Steve Hill Ministries. She currently works with GOD TV. In addition, she's the Vice President of Finance & Administration of a construction company owned by Kathy and her husband, Sean. Kathy's passion is to advance His kingdom and to make her life count for eternity. She and Sean have been happily married for over 30 years. Together they have ministered in the US and abroad, and reside in Dallas/Ft Worth, TX.