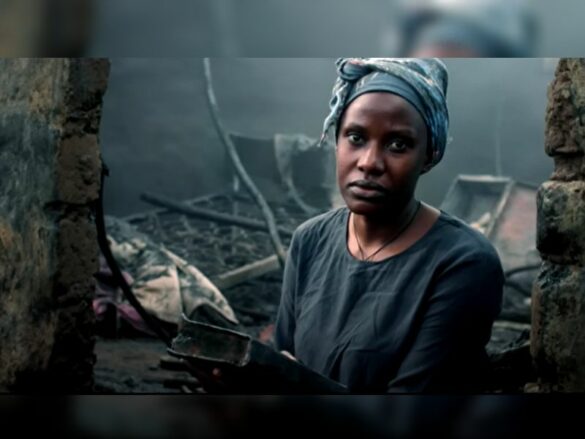 A short film by the Voice of the Martyrs (VOM) featured a persecuted Nigerian woman who still testified of God’s faithfulness despite having her husband and son killed in a militant attack.

The global missions organization released the video in celebration of the International Day of Prayer (IDOP). VOM hopes to relay the stories of the persecuted brothers and sisters in the Lord to the rest of the Christian world.

For this year’s prayer resource, they featured the story of Rebecca.

Rebecca and her daughter stood helplessly as they witnessed the attack of the Boko Haram militants on their village. She narrated, “I was out with my daughter, and on our way home, I saw smoke rising above our village.”

She continued, “There was nothing we could do to defend ourselves.”

Her husband and son died during the attack. She mourned for many months for her loss.

She returned to her charred home, looking for anything to reclaim. And then she saw the Bible, the gift her church members gave the couple on their wedding day. Rebecca recalled how she and her husband would read the Bible together every day.

She said, “I still use this Bible. It reminds me of God’s faithfulness.”

In her concluding message, she said, “The Lord is a husband to all widows. I look to Him for every need. This is what I am still holding onto.”

Voice of the Martyrs

Todd Nettleton, chief of media relations and message integration for VOM, told Christian Post about their mission. “Every year for IDOP, we do a short film for churches to use,” he said. “For families to use to kind of put a face on persecuted Christians, to put a face on the people that we’re praying for.”

Moreover, Todd prays that the film will drive “Christians around the world to pray for our family in Nigeria and our spiritual family members in other restricted and hostile nations.”

Watch the video below and take the time to pray for our persecuted brothers and sisters in the Lord.