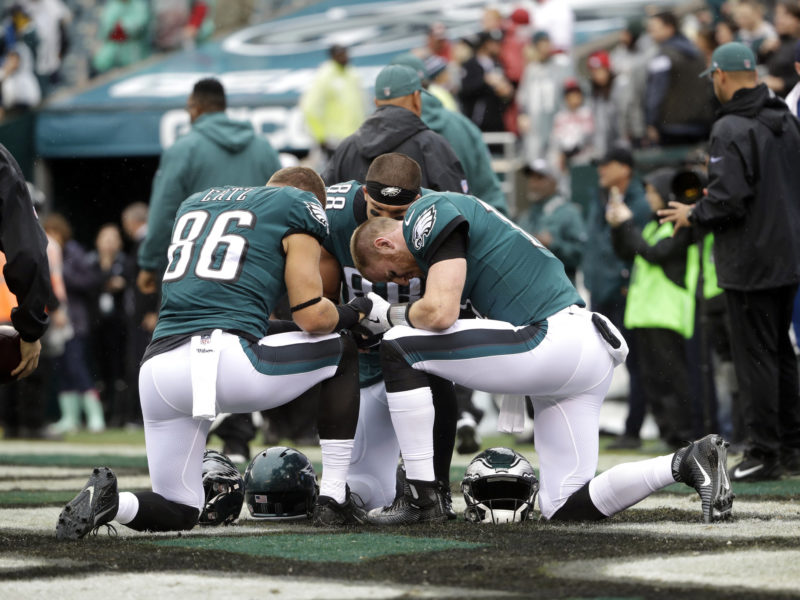 The American football team, the Philadelphia Eagles, soared high through the 2017 season after they got the best record in the NFL (7-1) undefeated at home.

It all started in the early 1990’s when the late Reggie White was still sacking quarterbacks for the team. A Bible study among players began and since then, it has remained part of the Eagles players’ spiritual conditioning.

“This group is, without a doubt, extremely unique,” Chris Maragos, safety and special teamer for the Eagles, told Joshua Cooley in his Bible Study Magazine interview. “This is my third team in eight years, and the reason why it’s super-unique is because we have so many solid leaders and guys who are well-versed in the Word. These guys are willing to get out in the community and share the Gospel, serve each other around the [team] facility, and be invested in each other’s lives on a daily basis.”

Trey Burton, currently the tight end for the Bronchos, shared back in 2014 how it was God’s divine appointment that led him to the team as an undrafted rookie free agent.

“I’m in Philly with a bunch of unbelievably strong men,” Burton told Joshua Cooley. “I’m surrounded by a ton of good people, and I can be who God created me to be.”

Carson Wentz, quarterback, and Zach Ertz, tight end, (both currently playing for the Eagles) also pointed out how studying God’s Word is vital to their spiritual life.

“[The Bible] is really the secret to life. If you’re not rooted in God’s Word, this world will eat you up …. In the NFL, you don’t have to look far for a temptation or distraction. You’ll go astray so fast. I’m thankful that God has given us His Word. His Word is true. He’s got a pretty good track record in keeping His promises,” said Wentz.

“In order for me to consistently grow as a follower of Jesus Christ, I need to be in the living word,” Ertz told Cooley. “No matter what season I’m going through in life, it allows me to learn about the grace we have all received and what Jesus Christ did for all of us.” 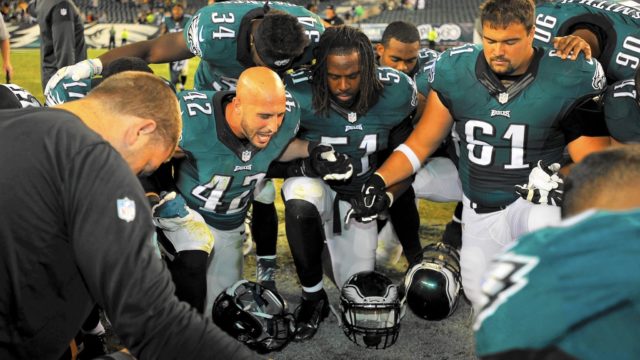 Being anchored in God’s Word and being rooted in the Scripture plays a large role for them, and is what kept the Philadelphia Eagles Team together in their faith.

“We love the word,” Burton declared. “We could talk about it all day long. A lot of times, people are going to pastors and religious leaders instead of going to God’s Word. You hear stories where people revolve around pastors, and that’s not the way it should be. It should be around God’s Word. You won’t understand it until you open it up.”

For just $100 per month you can bring the gospel to 10,000 homes. Join us as media missionaries! GIVE NOW
VIEW COMMENTS
« A Prophetic Word For Australia, On Eve Of Large-Scale Christian Gathering In Melbourne Missile Hits Bus in Gaza Belt, Over 300 Rockets Fired at South, IAF Attacks in Gaza »