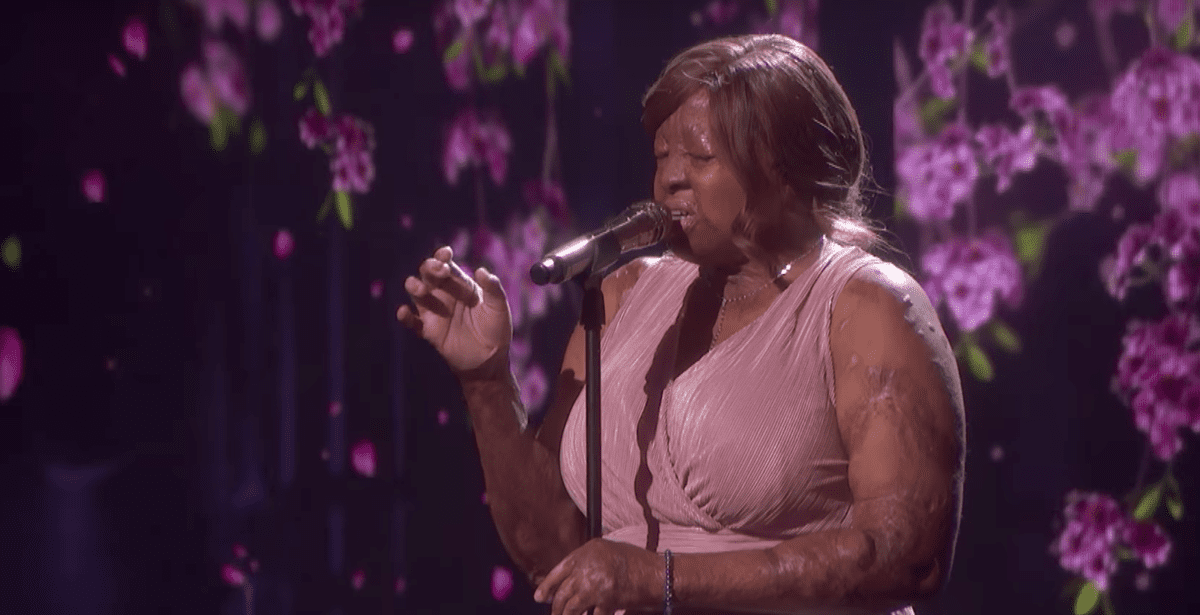 Kechi Okwuchi recently competed on the hit TV show “America’s Got Talent.” While performing during the quarterfinals, she shared her journey of hope with the audience.

As she took the stage, Okwuchi described a tragic plane accident she got in when she was a teenager in high school.

Okwuchi was one of the lucky survivors, as many of her classmates did not survive the crash. Even though Okwuchi survived, it was an uphill battle as she underwent many medical procedures and life-saving surgeries after the accident.

Okwuchi had a difficult recovery, but she never lost hope.

During Okwuchi’s recovery process, the families of those that did not survive wrote letters of encouragement to Okwuchi, as she underwent all of her surgeries.

She stated, “Hopefully people can look at me and go, ‘This is a fellow human being. She went through this and she came out on the other side.’ Their injuries don’t have to define them.”

“I’ve always felt a responsibility to the people that lost loved ones in that plane crash, and it pushes me to do all the things that I do,” Okwuchi said. “I want to make them proud. I want them to see that this life that was saved that day was not saved in vain.”

During the Tuesday night quarterfinals, Okwuchi chose to sing Katy Perry’s song “By The Grace of God.” The judges unanimously applauded both her singing, and her message. Simon Cowell, who is often the hard one out of the group, even gave her kudos for her spirit of hope.

“You are important. In these days and ages, people need people like you as an inspiration, and that’s what you’re doing,” Cowell said.

Shortly before Okwuchi appeared on “America’s Got Talent,” Hurricane Harvey destroyed her hometown in Texas. The category 4 storm landed in her town on Friday night, and the days that followed were filled with loss after loss.

Okwuchi felt immense feelings of sadness for her home community, and said that she was praying for those at home. She hoped her performance would give the victims across the affected area, “something positive to see.”

“I’m not even sure if people in Houston can see this, but I pray that they can… and that they feel something positive and they feel strength,” she said.

Okwuchi’s story is encouraging for all. She reminds us that no matter the trials you are facing in life, there is always hope on the other side. And where is the ultimate hope? In Christ Jesus.