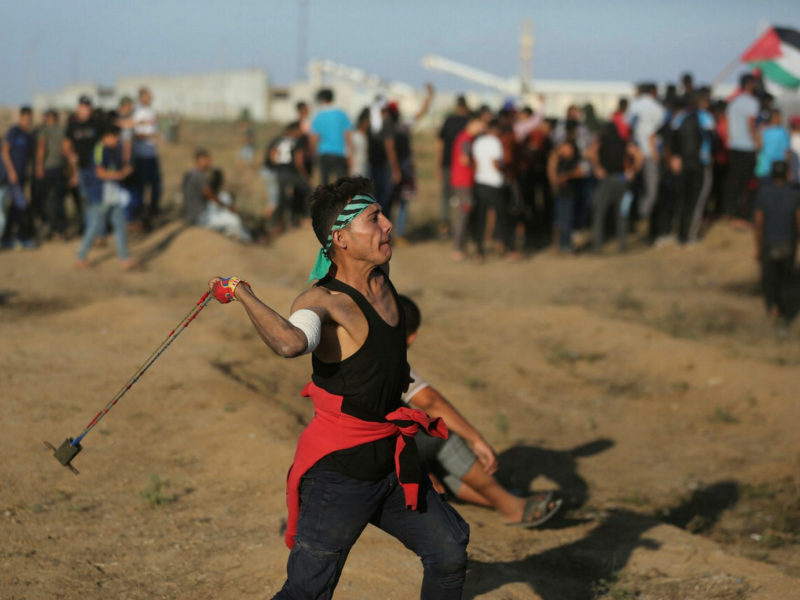 The Palestine Liberation Organization (PLO) and other affiliated factions called for a “day of rage” on Tuesday throughout Judea and Samaria in protest of the recent US announcement that Israel’s presence in Judea and Samaria is not illegal according to international law.

The protests, which are expected to turn violent, are being led by the Palestinian Authority (PA). Schools will be closed at 11:30 to boost the attendance at these events.

Mahmoud al-Aloul, PA head Mahmoud Abbas’ deputy and one of the leaders in line to succeed him, is leading the demonstrations. He threatened last month to block the roads to Israeli travel in the area.

A “day of rage” is designated for demonstrations which include the throwing of rocks and firebombs, clashes with Israeli security forces and attacks on Israeli civilians. The violence is legitimate in the eyes of the rioters because it does not include firearms and is therefore considered non-violent. The concept is a Palestinian one.

US Secretary of State Mike Pompeo stated last week that “the establishment of Israeli civilian settlements in the West Bank is not per se inconsistent with international law.”

The decision is “based on the unique facts, history, and circumstances presented by the establishment of civilian settlements in the West Bank,” he said.

He underscored that he was not “addressing or prejudging the ultimate status of the West Bank. This is for the Israelis and the Palestinians to negotiate. International law does not compel a particular outcome, nor create any legal obstacle to a negotiated resolution.”

He also noted that “calling the establishment of civilian settlements inconsistent with international law hasn’t worked. It hasn’t advanced the cause of peace.”

Saeb Erekat, secretary-general of the Executive Committee of the Palestine Liberation Organization (PLO) condemned the decision and claimed it “closes the door for peace and opens the door to extremism, terrorism, corruption and violence. It opens the door to the gates of hell.”

For just $100 per month you can bring the gospel to 10,000 homes. Join us as media missionaries! GIVE NOW
VIEW COMMENTS
« PA Source: ‘Day of Rage’ Will Be Violent Grace For Others: A New Approach With Healthy Prayer »