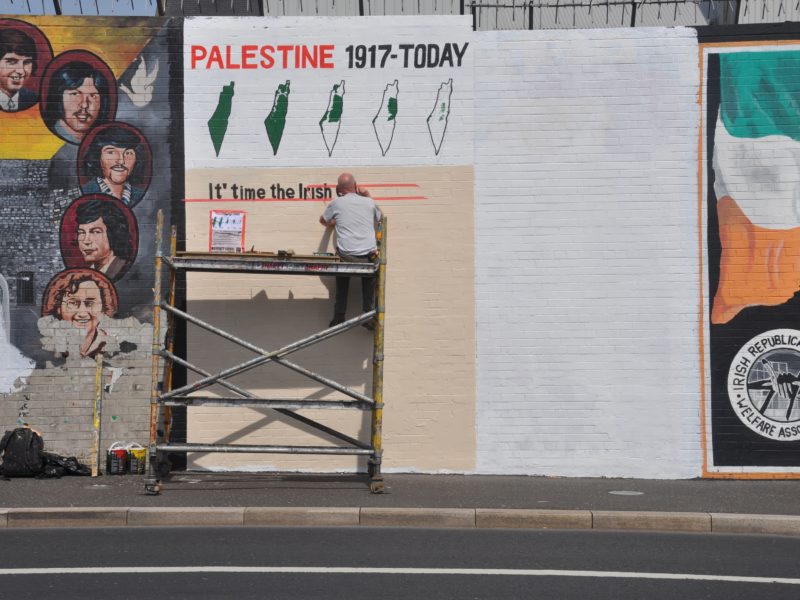 Already being described as “something of a revolution in the ballot box,” Irish political party Sinn Féin’s success in the Irish general election is undoubtedly a historic result. The left-wing party won 37 of the 160 seats in Ireland’s parliament, an increase of 14 on the 2016 election.

Party leader Mary Lou McDonald calling her success a revolution may be somewhat of an overstatement, but there is no denying the importance of this election for the Irish political system. For nearly a century, Ireland found itself in a clear two-party-system with Fine Gael and Fianna Fáil swapping government responsibility nearly every election.

Sinn Féin’s success in the election shows Ireland is looking for change. The party was the most popular amongst all voter age groups up to 65. Its manifesto focused on social equality, addressing problems and underfunding in Ireland’s health system and the housing crisis.

The success also shows that voters no longer view the party’s past as a hindrance to voting for them: Where once ethical questions over Sinn Féin’s alleged links to terrorist groups deterred voters from electing the party, it seems that the past is no longer a great concern for Ireland’s voters. Perhaps unsurprisingly as the country has one of the youngest populations in Europe.

Sinn Féin is active both in the Republic of Ireland, as well as in Northern Ireland, part of the United Kingdom. The party has traditionally been associated with the Irish republican movement, striving for a united Ireland. In recent decades, the party has been suspected of having close ties with terrorist groups such as the Irish Republican Army (IRA). Sinn Féin’s president from 1983-2018, Gerry Adams, has been accused of being the IRA’s Chief of Staff and being a member of the IRA Army Council until 2005. Adams denies the allegations.

Yet the links to or sympathy for Irish republican terrorist activities does not seem to cease. A video seen by TPS shows David Cullinane, a Sinn Féin Member of Parliament, shout “Up the ‘RA,” in a celebratory speech following the last election. The words used refer to the IRA and show the MPs support for the terrorist organization.

Following the general election, Sinn Féin will enter negotiations over forming the next Irish government. The party took more “first preference” votes than any other party but will have fewer seats than historic powerhouses Fine Gael and Fianna Fáil after running fewer candidates than their rivals.

McDonald has not ruled out a deal with either of Ireland’s historic main parties. With all options currently on the table, it may be possible for other parties to form a government without Sinn Féin’s support. Ireland faces tough negotiations between its political parties and deadlock, and thus new elections may also be on the horizon.

A potential role of Sinn Féin in the next Irish government is likely to have far-reaching implications on the already strained relations between the Republic of Ireland and Israel.

Sinn Féin is an avid supporter of the Palestinian Authority, linking the Palestinian movement against Israel to that of Republican forces against the United Kingdom in Northern Ireland. Foreign conflicts are frequently “borrowed” by conflicting parties in the Northern Irish conflict, with the Spanish-Catalan conflict also utilized by republicans to symbolize the “anti-colonial struggle,” said to be fought on the streets of Northern Ireland.

Thus, unsurprisingly, Sinn Féin’s 2020 election manifesto calls “formally recognizing the State of Palestine” a “priority,” further stating that it will “robustly challenge Israel on its continued violations of international and human rights law.”

Sinn Féin plans to ban Israeli products from Judea and Samaria from being sold in Ireland. There had already been a parliamentary majority in favor of the law; it was not passed, however, after Prime Minister Leo Varadkar opposed the draft, stating that it would breach European Union trade legislation.

Sinn Féin has labeled the products in question as stemming from “colonial settlements” and has vowed to implement the “Occupied Territories Bill” if voted into government.

In 2016, TPS reported on a Northern Irish Sinn Féin Member of the European Parliament (MEP) who, in a discussion regarding health and sanitation issues in Judea and Samaria, and Gaza, declared Israelis to be “like a rash.” Martina Anderson, who spent 13 years in prison for planning a “bomb-a-day”-campaign in which she conspired to bomb London and twelve English holiday resorts, had told the European Parliament that “the Israelis are all over this place like a rash – they are lobbying to no end.”

Such incidents are not uncommon, with Irish-Israeli relations historically strained. Ireland only de jure recognized Israel in 1963, establishing diplomatic relations twelve years later. It would take until 1996 for Ireland to open an embassy in Israel.

Before gaining permission to open an Israeli embassy in Dublin in 1993, the Irish government had invited Yasser Arafat to open a delegation to Ireland two weeks prior.

In recent years, however, the relationship between the two countries has slowly been warming, with frequent meetings between politicians of both countries and joint projects. Additionally, recent surveys by the Anti-Defamation League show Ireland to now be one of the least anti-Semitic countries in Europe.

And yet, with Sinn Féin having a realistic chance of forming a part of the next Irish government, relations could worsen once again. If Sinn Féin’s election manifesto is anything to go by, Israel’s relationship with Ireland is in for a bumpy ride.

For just $100 per month you can bring the gospel to 10,000 homes. Join us as media missionaries! GIVE NOW
VIEW COMMENTS
« 84 Years After Missionary Died Thinking He Failed, Churches Are Found Hidden In The Jungle 93-Year-Old US Holocaust Survivor Fulfills His Dream of Visiting an IDF Base »