PM Bennett: Goal Of Bahrain Trip Is To Provide ‘Energy For The Peace Between The Two Countries’

written by The Israel Insider February 15, 2022 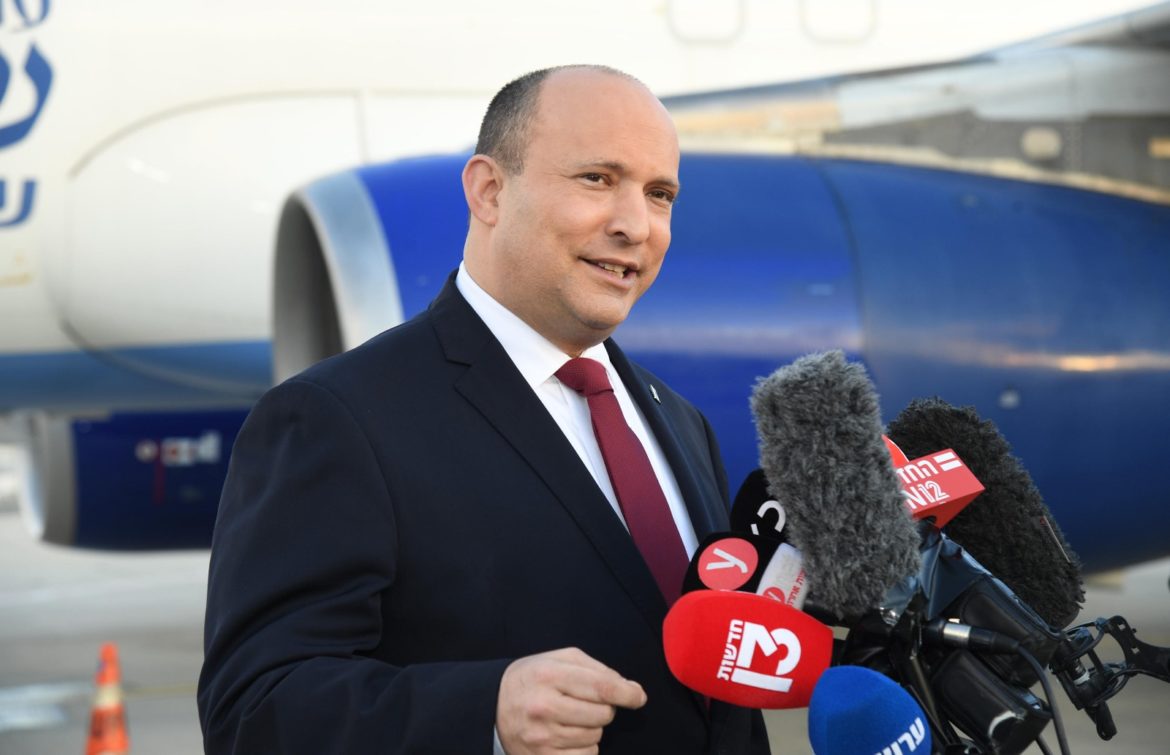 Prime Minister Naftali Bennett flew to Bahrain on Monday afternoon for a historic visit to the country at the invitation of its Crown Prince and Prime Minister Salman bin Hamad al-Khalifa. The surprise trip, which was not publicly announced ahead of time, marks the first time that a serving Israeli prime minister is visiting Bahrain.

Before his plane took off, Bennett said a few words about the trip, calling it “a moving event.”

He spoke about the meetings that will be held with the King and Crown Prince, saying that the goal is to provide “content and energy for the peace between the two countries.”

Bennett said that he thinks that these are especially tumultuous times. As such, it is important for the nations of the region, the Middle East, to collectively send a message of goodwill, cooperation and of standing together against “common challenges and of building bridges to the future.”

It is no secret to whom Bennett was referring when he said “common challenges.” He, and the entire Israeli political establishment, has been sounding the alarm around the world as to the threat posed by the possibility of a nuclear powered Iran. The Prime Minister, and others, have warned that the continuation of the current nuclear talks with the Iranians is only providing the country with more time to work on the enrichment of its uranium for weapons purposes.

However, the two nations are also working together to deal with the growing problems caused by climate change.

Bennett also said a few words about the current situation in the Shim’on HaTsadik Neighborhood of Jerusalem, known as Sheikh Jarrah in Arabic. Local Arabs have escalated the level of violence as they attempt to push Jewish residents out of the area. Since Friday a home owned by Jews there was firebombed with a Molotov Cocktail, some people were rammed by a car driven by an Arab (he was later arrested) and fireworks were launched at Jewish families’ homes.

“The situation in which Jewish homes are set alight in Israel’s capital city is intolerable,” said Bennett. “Therefore, I can tell you that right now the Israel Police are increasing the level of security and will see to providing security for all residents of the city including in sensitive neighborhoods.”

The Prime Minister, however, went on to cast blame on both Jews and Arabs alike for the escalation of the situation. He referred to Chairman of the opposition Otzma Yehudit Party – part of Religious Zionist Knesset coalition- MK Itamar Ben Gvir, as well as Arab opposition MKs from the Joint List, Ofer Cassif and Ahmed Tibi, who both visited the area Sunday night.

Naftali Bennett called all of the MKs provocateurs who “set the area ablaze just for political goals.”

“We need neither Ofer Kasif, nor Ben-Gvir, nor Tibi,” he said, “to run Jerusalem for us. We will deal with it and we will bring stability and security for the residents of the city. This is the responsibility of the Government of Israel and nobody else.”