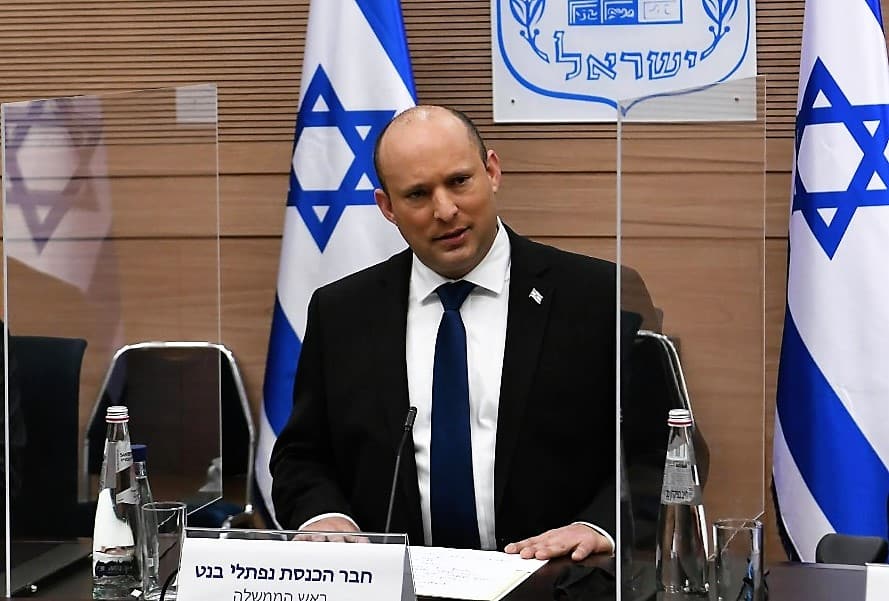 Prime Minister Naftali Bennett appeared before the Knesset’s Foreign Affairs and Defense Committee, his first in doing so as the prime minister.

“The primary importance this year is stabilizing the Israeli system,” he said, claiming that “the Israeli system had been deteriorating for several years, which severely impaired the national security of Israel in all its aspects.”

However, his government has “stabilized the system, we passed a budget, the Israeli economy is strong and is growing by approximately 7% thanks to our policy against lockdowns, which has allowed the economy to return to normal.”

Bennett has been in office for a mere six months, and it appears that he is overzealous in taking credit for his predecessors’ achievements.

“Thanks to this growth, we are taking quite a significant amount of money and investing in strengthening the IDF and the entire security establishment,” he told the committee, asserting that “this is strengthening of a kind we have not seen in years. This strengthening is important for our existence and I am very pleased about it and am determined to complete it quickly.”

Focusing on Israel’s security challenges, he said that “Iran tops our list. Iran is the head of an octopus that constantly threatens Israel on all its borders via its proxies and its tentacles.”

“We are dealing day and night with Iran and its malign activity. We are shifting to a concept of consistent offense and not just consistent defense,” a policy he claimed was employed by the previous government.

Regarding the nuclear talks in Vienna between Iran and the P4+1 with the US on the sidelines, Israel is “certainly concerned. It is important for me to say here clearly and unequivocally: Israel is not a party to the agreements. Israel is not bound to what will be written in the agreements if they are signed. Israel will maintain unlimited and unrestricted freedom of action, everywhere and at all times.”

Iran’s Foreign Minister Hossein Amir Abdollahian said Sunday that the talks “have been positive so far,” but that “an agreement is possible in the shortest time if the other side shows seriousness.”

“If there is a serious will, we will be able to reach a good agreement in the shortest time, and as of today, we believe that negotiations are positive and moving forward,” Abdollahian said in an interview with state TV.

Iran is “not willing to give 10 concessions and get one … If there is serious determination, it is possible to reach a good agreement in the shortest time,” Abdollahian said.