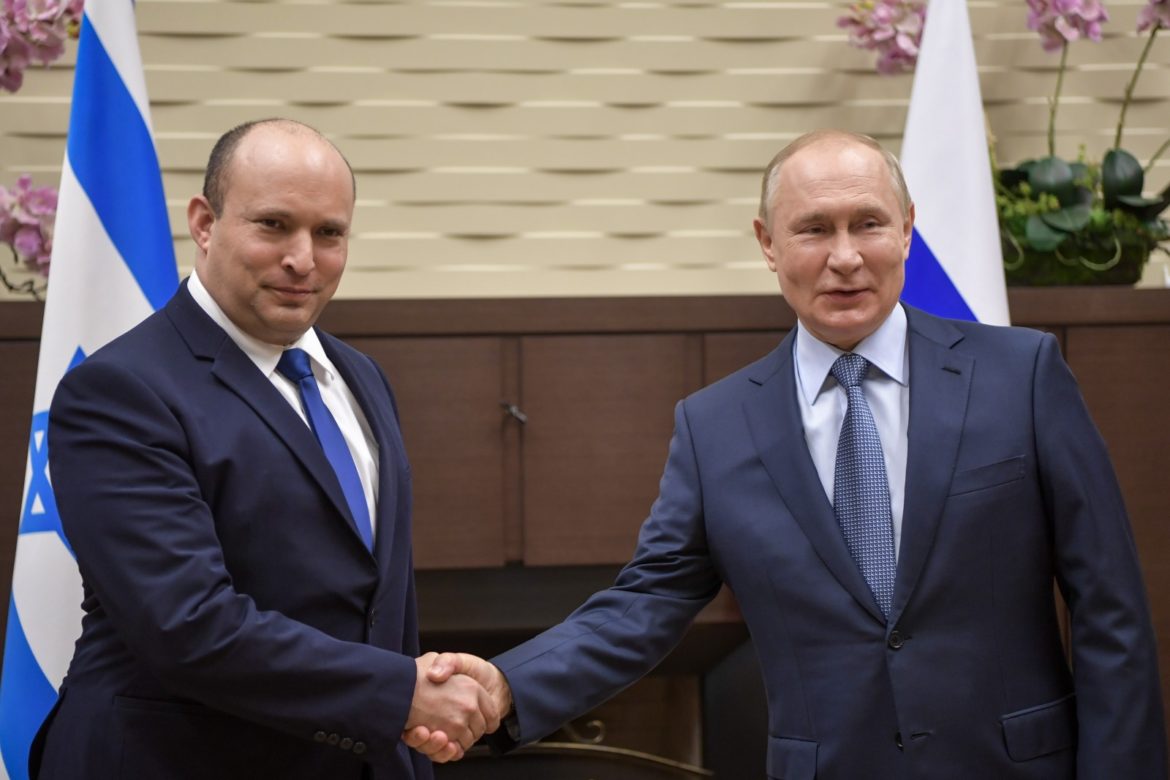 The two discussed “a number of issues, primarily matters of regional security,” as well as “security challenges in the global arena,” and “agreed on continued close cooperation in this area,” according to the Prime Minister’s Office.

Against the backdrop of the nuclear talks in Vienna between China, Britain, France, Germany, and Russia and Iran on the resolution of a nuclear deal, Bennett “stressed the importance of a strong and determined stance against Iran’s progress in the nuclear project.”

Russia maintains close ties with Tehran and could influence the outcome of the talks.

Putin invited Bennett and his wife to visit St. Petersburg.

Bennett met in October with Putin in Sochi, Russia, the first meeting between the two that focused on Iran’s presence in Syria and its quest for nuclear weapons.

Israel’s leadership has been engaged in a flurry of diplomacy in recent weeks in an attempt to ensure that the deal that emerges from the Vienna talks is the least damaging to Israel.

Minister of Foreign Affairs Yair Lapid held a conversation Saturday night with French President Emmanuel Macron on the “regional challenges, the nuclear talks and Israel’s demand to put pressure on Iran, and relations between Israel and the European Union.”

On the Wednesday before that, he spoke with US Secretary of State Antony Blinken about “regional and global challenges, and the importance of putting pressure on Iran to stop its race to a nuclear weapon.”

Israel fears that the Western powers will reengage Iran in a deal that enables it to eventually develop a nuclear bomb while removing sanctions on the country and thawing Tehran’s assets, enabling it to boost its global terror network.

Lapid has stated that Israel is “not against any agreement. A good deal is a good thing. There is an intense discussion of what a good deal entails.”