BREAKING
Israel-led Team Solves Mystery Why Lightning Strikes Fewer Times Over The Ocean...
Tourism In The Holy Land Is Soaring Back Up To Pre-Pandemic Highs
Lapid Speaks Directly To Palestinians—Offers Them “Another Way” Out Of The Ongoing...
Home News PM: No Changes To Nation-State Law

PM: No Changes To Nation-State Law 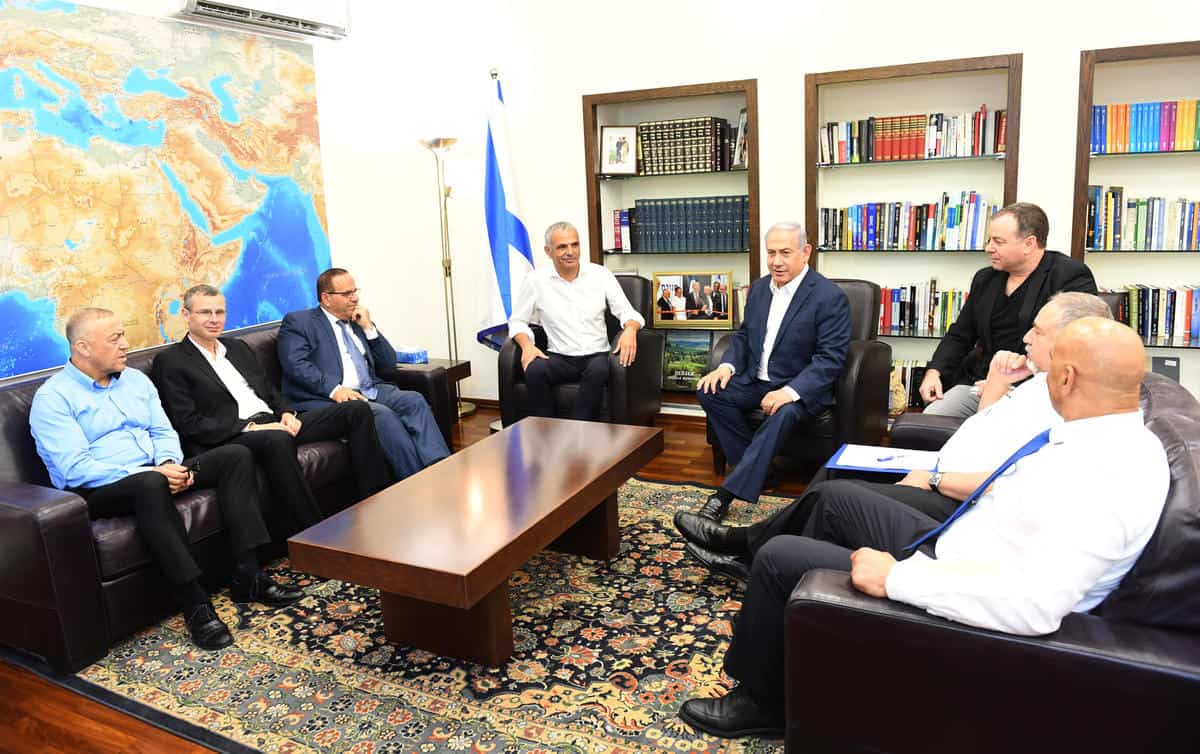 Prime Minister Binyamin Netanyahu met Thursday with Druze members of the coalition following a protest by Druze IDF officers and community leaders over the Nation State Law, but said there would be no changes made to the legislation.

Akram Hasson, a Druze MK, with the Kulanu party, said that he had presented the needs of the community at the meeting – also attended by Defense Minister Avigdor Liberman, Treasury Minister Moshe Kahlon, Tourism Minister Yariv Levin, Communications Minister Ayoub Kara, a Druze member of Likud, and Hamad Amar, a Druze MK for the Yisrael Beiteinu party – but would not retract a petition to the High Court of Justice against the Nation State Law until it had been changed to provide equality before the law for the community.

According to the petition, the Nation-State Law ignores the Druze minority and the Arab minority in general and violates the Basic Law: Human Dignity and Liberty.

The Nation-State Law  stipulates that Israel is “the national home of the Jewish people” and that “the right to realize national self-determination in the State of Israel is unique to the Jewish people.” The bill also enshrines the Israeli flag and the national anthem into law along with Jerusalem as the state’s eternal capital, as well as defining Hebrew as the country’s only official state language, relegating Arabic to a ‘special status.’

Meanwhile, Netanyahu is scheduled to meet Friday with the leader of the Druze community in Israel Sheikh Mowafaq Tarif.