PM to set up team to strengthen ties with Druze community 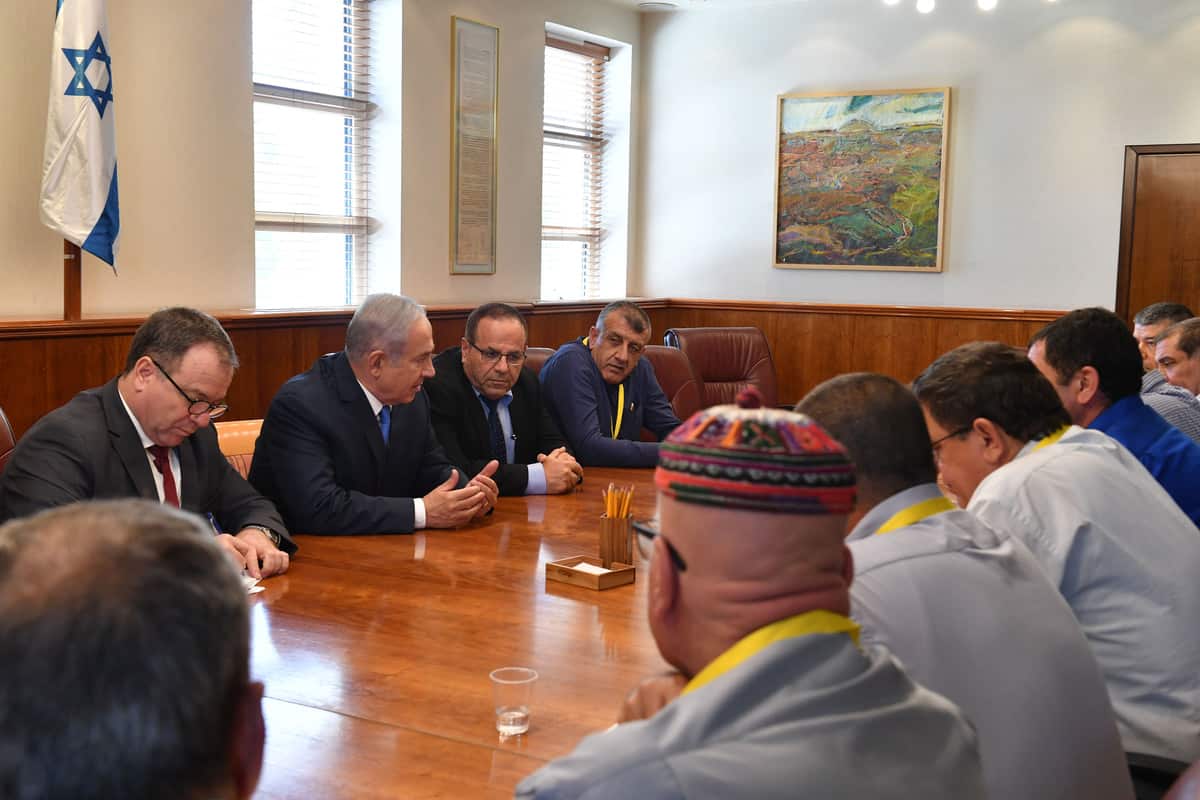 Prime Minister Binyamin Netanyahu said Monday after meeting with Druze leaders to discuss the Nation State Law that he would set up a team headed by his chief of staff Yoav Horowitz to formulate recommendations on strengthening ties with the community.

After a meeting along with Ayoub Kara, a Druze Likud minister, with Druze local council heads, as part of ongoing talks over the Nation State Law, which has triggered protests in the community, Netanyahu said: “There are unending attempts to rescind the definition of the State of Israel as the national state of the Jewish people. We legislated the Nation State Law in order to ensure that Israel will remain the nation-state of our people – this is the purpose of the state’s existence. The law does not detract at all from the individual rights of anybody. It is designed to make the necessary legal balance, the time for which has come, in order to ensure the character of the State of Israel.”

However Netanyahu acknowledged that the Druze were “describing genuine feelings” and that the government must find a solution.

“I will continue [holding] consultations, Netanyahu said. “We will establish a team led by staff head Yoav Horowitz and we will submit forthwith recommendations for actions that will strengthen the important ties between us.”

Last week, Druze MKs, Akram Hasson, (Kulanu), Hamad Amar, (Yisrael Beiteinu)  and Salah Sa’ad (Zionist Union) together with community leaders and some 100 Druze reserve officers filed a High Court of Justice petition against the law, claiming it ignores the Druze minority and the Arab minority in general and violates the Basic Law: Human Dignity and Liberty.

The Nation State Law  stipulates that Israel is “the national home of the Jewish people” and that “the right to realize national self-determination in the State of Israel is unique to the Jewish people.” The bill also enshrines the Israeli flag and the national anthem into law along with Jerusalem as the state’s eternal capital, as well as defining Hebrew as the country’s only official state language, relegating Arabic to a ‘special status.’