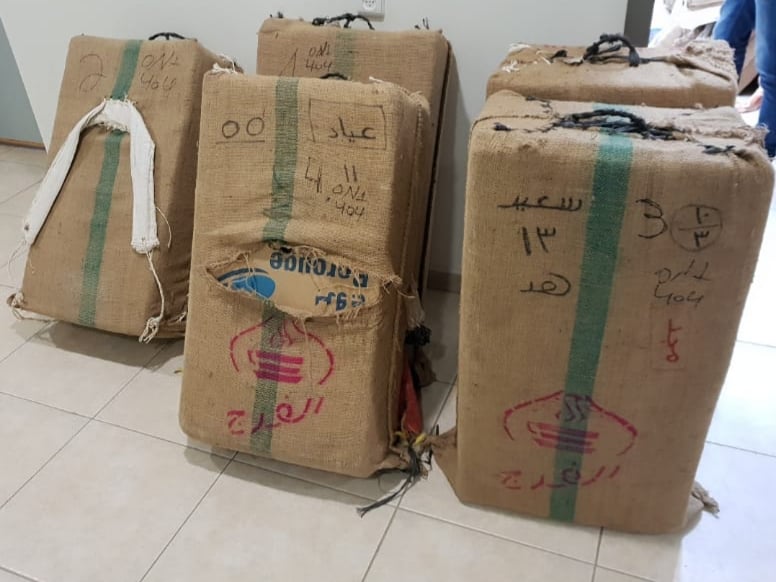 Israel Police Special Forces on Saturday were successful in seizing hundreds of kilograms of drugs worth millions and arrested two smugglers in an operation targeting the drug-trade industry.

A stakeout that was deployed on Friday night on the border spotted dozens of Egyptian smugglers who arrived at the border fence on Saturday, set up ladders, scaled the fence and threw large parcels of what later turned out to be illicit substances such as hashish and cannabis.

On the Israeli side of the border, the police noticed a number of suspects who loaded the packages onto vehicles. At the height of the smuggling operation, the commander of the Israeli force gave the signal to the troops who gave chase to the suspects who fled with the vehicles.

In the course of the chase, the troops deployed roadblocks and used special shooting tactics, managing to apprehended two suspects and seize four vehicles containing 15 packages of suspicious substances such as cannabis and hashish drugs weighing 335 kg.

The two suspects, Bedouins aged 19 and 40, were turned over for further questioning.

Israel in recent years has built a fence along the Egyptian border to block the flow of work migrants coming to the country from Africa through Egypt. The tall fence has also been helpful in slowing down the prolific smuggling trade from Egypt into Israel, mostly the work of local Bedouin tribes.

For just $10 per month you can bring the gospel to 1,000 homes. Join us as media missionaries! GIVE NOW
VIEW COMMENTS
« Senior Official: Qatar’s Support to PA Will be Cut, Following US Pressure Arabs of Deir Qaddis Threatened After Inviting Jews to Wedding »