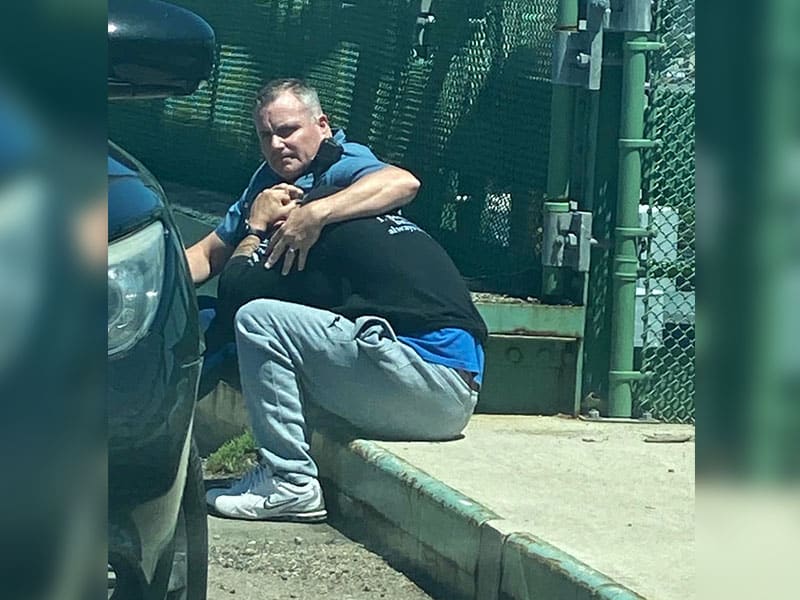 A man attempted to commit suicide by jumping off a bridge. But when the cops came, the suicidal man changed his mind and sat with the hero police officer who consoled him.

In a post shared by the Massachusetts State Police on Facebook, a photo of a police officer sitting with a distraught man went viral. 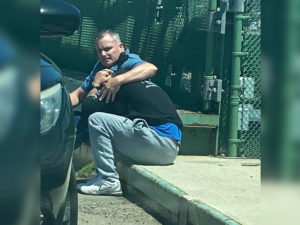 Apparently, the man tried to end his life by jumping off the Tobin bridge. The depressed man climbed through the barrier and went to the edge of the bridge when the responders arrived at 12:04 in the afternoon.

According to the report, Trooper Paul O’Connor, Sergeant Peter Sennott, and Trooper Randy Roach tried to stop the man from jumping. The officers gently and patiently communicated with him so he could trust them. Then miraculously, Trooper Paul was able to convince the man not to end his life. He then returned from the fence and talked with the officer beside the road. Officer Paul consoled him, which was what was captured in the picture that went viral. The photo revealed Trooper Paul placing his arm around the depressed man’s shoulder, perhaps comforting him. And the man who seemed to be weeping under the officer’s arm.

After the heartwarming moment and the mission’s success, the EMS took the man to a hospital for evaluation.

The viral picture has now reached more than 18,000 shares and more than 22,000 reactions on Facebook.

Thank God another suicidal person was saved because of the great men in blue. They are truly God-sent, unsung heroes of the community who deserves to be applauded.

Kudos to Trooper Paul, whom God used to save the man’s life! May God bless him and the rest of the rescuers with him even more!

“The Lord is close to the brokenhearted and saves those who are crushed in spirit.” -Psalm 34:18