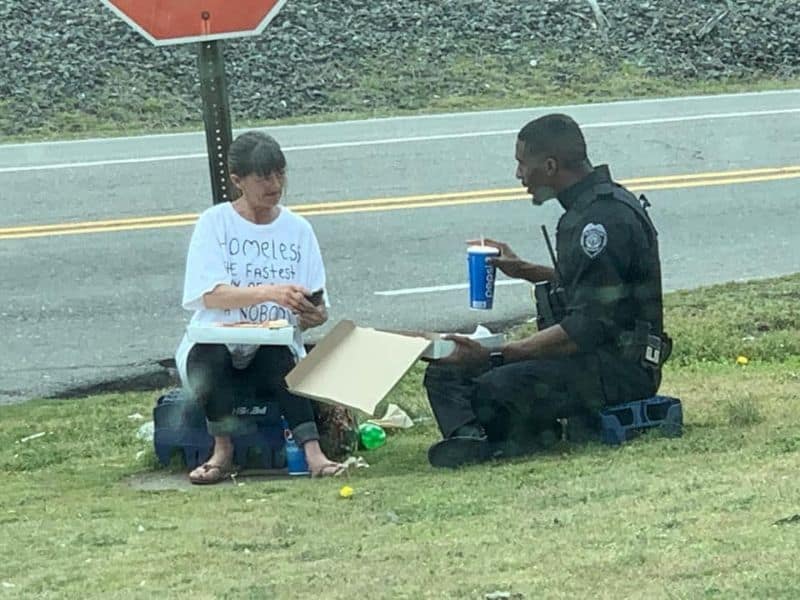 A police officer has warmed people’s hearts as he was caught spending his lunch break with a homeless person, sharing warm meals together.

Police officer Michael Rivers has been actively involved in the Goldsboro community in North Carolina. As a result, the Goldsboro Police Department has repeatedly highlighted Officer Rivers on their Facebook page.

In 2019, he was seen taking time with a seven-year-old in a heart-to-heart talk. They captioned, “This is the side of law enforcement that many don’t know about, those times where you just need to sit down and listen to what kids have to say. It’s worth it.” 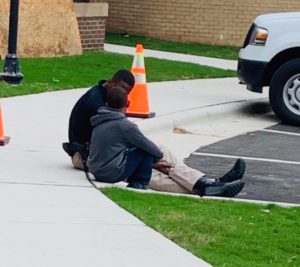 Today, his recent work is spending his lunch break with a homeless person.

Fortunately, a bystander, Cassie Lea Parker, captured the heartwarming moment with her phone. She was also out on her lunch break when she noticed Officer Rivers. The police sergeant was on the ground, talking with a homeless person and sharing his pizza.

Chris, Cassie’s husband, shared the picture on his Facebook account. He said, “Cassie was out on her lunch break and observed Goldsboro’s Finest enjoying lunch with a homeless person. Law enforcement does so much for our community, with a lot of it going unnoticed. We see you, Goldsboro P.D. Keep up the good work.”

The inspiring picture has now gone viral, garnering appreciation for the police officer. One commenter said, “Our ministry hands out care packages to the homeless in downtown Dallas every month. When I go, I notice that the people are not to someone looking into their eyes. But when you hand them something and talk to them, it is worth more than what you are handing to them. God bless those who are the light for those in darkness.”

His efforts are not as grand as some would think. But, it is done with a generous and kind heart. Sitting down and sharing conversations and meals with others is more impactful than just handing out their physical needs.