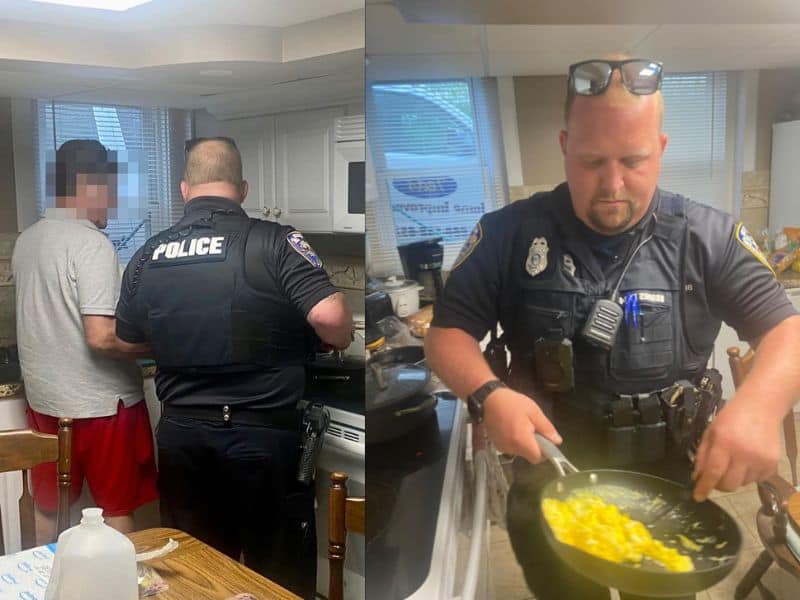 Police officers regularly receive calls and complaints through their service to the community. But, in Middleton, Connecticut, a police officer received an unlikely complaint. And he responded with kindness and grace.

Responding to complaints with grace

They reported Police Officer Andrew Brooks’ extraordinary service on their official Facebook page. It turned out that the complaint was from a lonely man who needed someone to talk to.

They shared, “There is no such thing as a “routine” call for service on this job! This evening, officers responded to a residence to meet with a complaint who needed to talk to [the] police.”

Upon arrival, they met with the complainant, a male and the sole occupant of his residence. He confessed that he was having a rough week. It seemed that he was really undergoing a difficult time because he kept telling the cops he was hungry, but the man did not know what to cook.

As police officers do, officer Brooks came to the rescue.

“Without hesitation, Officer Andrew Brooks utilized the male’s garden and the food he had in the house and made this gentleman [a] dinner.”

The policeman made the troubled man fried eggs and toasted his bread. He then served the warm meal.

“Sometimes a hot meal and someone to talk to is all it takes to lift someone’s spirits and change their perception of things,” they said.

This is the side of the policemen that most people don’t see. They do not just jump in action when our safety is in danger. They also sit beside insecure and troubled people to spend time and let them know they are worthy.

Just like Police Officer Michael Rivers from Goldsboro, North Carolina. He spent his lunch break with homeless people and sat beside them outside the comfort of his office. 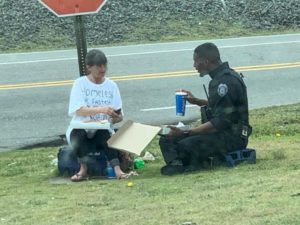 Police officers Brooks and Rivers are exemplary models of what a public servant looks like.