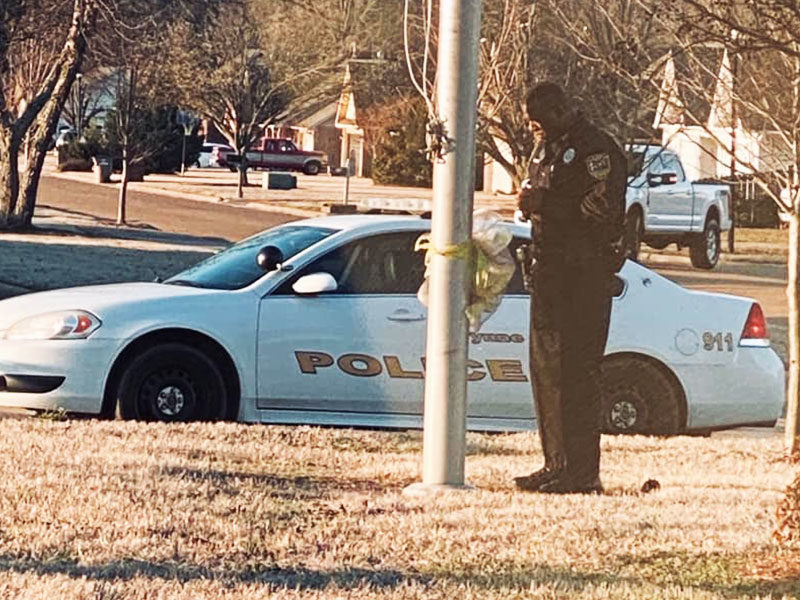 A uniformed police officer was caught praying in front a school’s flagpole. And he has been doing this every day since 2015.

Earlier this week, a Facebook post revealed the story of the police officer praying at the flagpole.

De’Andria Warren wrote, “Often you don’t see an officer on school grounds at the flag pole praying for our children!”

The 21-year-old then revealed that it was her dad. She added, “I know this amazing Man of God who prays for our school systems, your children, and our community every day faithfully! This outstanding man is my dad and I’m so proud to be his daughter!”

Apparently, De’Andria’s dad prays for the students at that spot every day.

“There’s not too many people out here in this world like him! Officer Warren we are so thankful for you!” she proudly said.

According to Good Morning America, Officer Warren is a school resource officer. He has served Wynne Police Department in Wynne, Arkansas for seven years. And he’s never once missed starting the day with a special prayer. 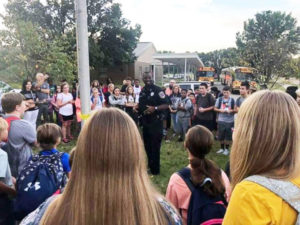 “I’d be on my patrol and just pray as I walk up and down the halls,” he said. “One moment I just felt the urge to stop at the [flagpole] and start praying at the pole because of what it represents and with so many things that are going on in our nation.”

The police officer also revealed that he uses verses from Chronicles 7:14 as guide to his prayer.

“If my people, which are called by name, humble themselves, and pray, and seek my face, and turn from their wicked ways; then will I hear from heaven, and will heal their land.”

Superintendent Carl Easley of Wynne Public Schools has known Officer Warren since he was a student. And he commended him saying, “His character is always upbeat. Always pleasant. In the last couple of weeks, he has always shared some type of uplifting words with me. It’s just part of his personality.”

Moreover, he can often be seen interacting with the students throughout the day. He reads books for them and sometimes plays on the jungle gym with them.

“To see kid’s faces light up when I give them a high five and I’m just trying to show them a positive light…the positive side of law enforcement,” he explained.

De’Andria, his daughter has seen the impact of her dad’s kindness in her own life, too.

“I felt like I just had to make a post [of Warren], considering the impact that my dad has on all the kids, including the teenagers. Kids come up to me and say, ‘Oh, you’re Officer Warren’s daughter? We love him!’ and it brings me so much joy,” she exclaimed. “It’s like, ‘Wow, my dad is doing something to make an impact on all these people.’”

For just $100 per month you can bring the gospel to 10,000 homes. Join us as media missionaries! GIVE NOW
VIEW COMMENTS
« A Simple Change To Overcome Negativity And Cynicism Christian Band ‘Tenth Avenue North’ Splitting Up After 20 Long Years »