BREAKING
Israel-led Team Solves Mystery Why Lightning Strikes Fewer Times Over The Ocean...
Tourism In The Holy Land Is Soaring Back Up To Pre-Pandemic Highs
Lapid Speaks Directly To Palestinians—Offers Them “Another Way” Out Of The Ongoing...
Home Articles Police Officer On Motorcycle Gets Hit & Thrown 20-Feet In The Air, He Testifies ‘Jesus Saved Me’

Police Officer On Motorcycle Gets Hit & Thrown 20-Feet In The Air, He Testifies ‘Jesus Saved Me’ 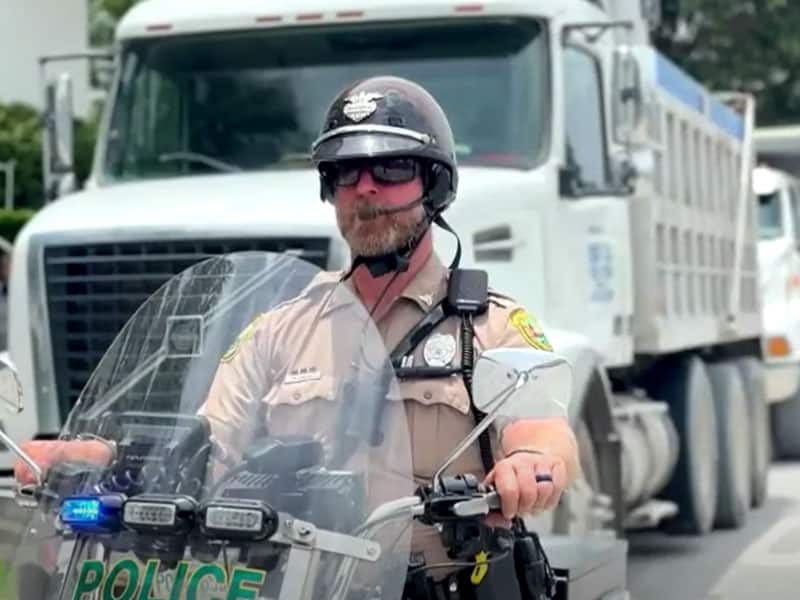 Police Officer who was thrown 20 feet in the air due to an accident and thanks Jesus that He saved him from a possibly deadly fate.

One day, Officer Matt Larsh drove to the Miami-Dad Police headquarters for training. But before he could even arrive, he crashed head-on into an SUV car that threw him 20 feet away in the air. It caused severe injuries, which almost took his life. But thank God for His miraculous intervention. 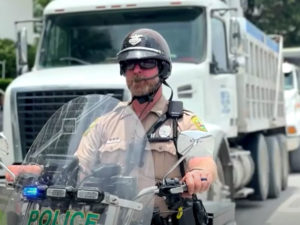 Consequently, the U.S. Marine veteran had to be admitted to the ICU for three weeks. He had to undergo ten surgeries because of the injuries.

“My quad was severed, my bladder was ruptured, my quad, my pelvis was fractured,” he recounted.

But despite the horrifying moment, Matt continues to thank God for his survival. The Officer is glorifying God in his unlikely situation. He also believes God gave him “a second chance at life.” He thanked Jesus above all for saving him in what seemed like an impossible situation because he thought he would die. 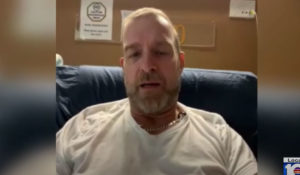 “I just thank You, Jesus. You saved me once and here you are saving me again,” he proclaimed.

And now, although he still can’t walk, he’s just grateful to God. Especially after he saw the video of his deadly car crash accident.

“I do believe God had a hand in my landing and this whole incident,” he said. “When you look at it, there’s no other word for that other than a miracle.”

Meanwhile, the police officer’s daughter, Jennifer, created a GoFundMe page for her dad. Matt needed support now   more than ever since he still has a long way to go in his recovery. The doctor said it would take “9 to 12 months” of “therapy and physical rehab.”

Officer Matt’s testimony was indeed powerful and heartwarming. But let’s continue to pray for his fast recovery and complete healing. May God continue to be glorified!

Hear the full story in the video below.