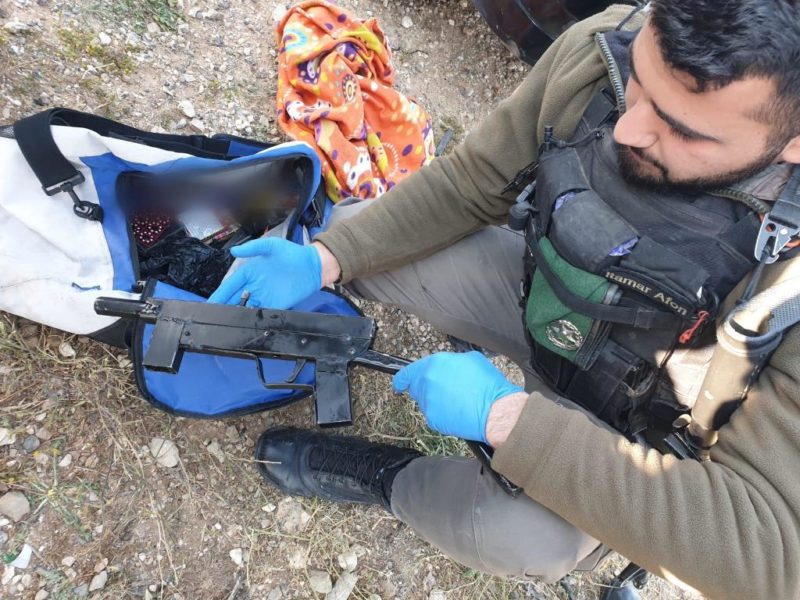 The police have seized 3,661 weapons and other types of arms in multiple operations in the first half of 2019, 80% confiscated in the Arab society, a police spokesman said on Tuesday.

Police have also arrested 2,704 suspects in shooting incidents, and hundreds of them have been indicted.

The police carried out operations throughout the county, acting on quality intelligence collected during undercover operations.

In total, the police have arrested 1,862 suspects in the north in the past six months on suspicion they were in the possession of illegal weapons. Of them, 528 have been indicted. Another 842 suspects were arrested for using firearms in populated areas.

In 2018, the police filed 3,568 cases related to illegal weapons dealing. 3,447 of the suspects were remanded until their case is brought before a judge.

1,269 suspects have been found guilty of weapons dealing and other related illegal activities.

The operations in the Northern District in the past six months netted 109 automatic weapons, 90 grenades, 221 handguns, 63 explosive devices, 550 firebombs and six RPG rockets.

“Police operations will continue in all areas in order to deal with illegal weapons activities and arrest suspects involved in those illegal activities,” a spokesman stated.

The Police have put an emphasis on the Arab community, were gun-related crimes are prevalent and often deadly and as the Arab sector in Israel suffers from a comparatively high crime rate.

Israelis Arabs represent about 20 percent of the general population.

According to the Israel Prison Service, the proportion of Arab inmates among Israeli citizens is twice their amount in the general population at 43 percent.

For just $100 per month you can bring the gospel to 10,000 homes. Join us as media missionaries! GIVE NOW
VIEW COMMENTS
« Answers To 32 Tricky Questions Kids Ask Grand New Entrance to Jerusalem will Transform the Historic Skyline »