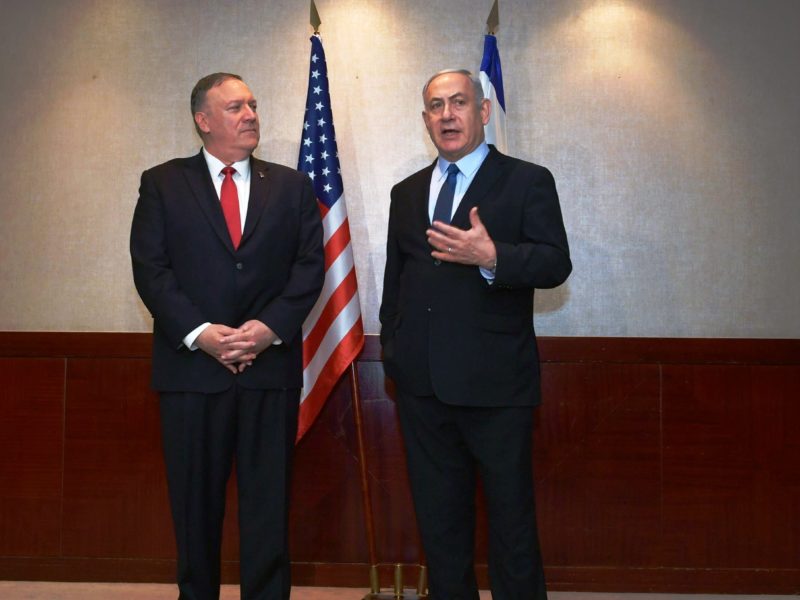 US Secretary of State Mike Pompeo said he was “not exactly sure what to make of” Palestinian Authority (PA) head Mahmoud Abbas statement declaring an end to the agreements signed with Israel and the United States, but said he “regrets” the decision.

“The Palestine Liberation Organization and the State of Palestine are absolved, as of today, of all the agreements and understandings with the American and Israeli governments and of all the obligations based on these understandings and agreements, including the security ones,” Abbas declared Tuesday night at an emergency meeting for the PA leadership held in Ramallah to discuss Israeli plans to declares sovereignty over parts of Judea and Samaria, as stipulated in the new Israeli government’s coalition agreement.

Responding to a reporter’s question on the issue during a briefing on Wednesday, Pompeo said that he was “not exactly sure what to make of his statement, but I regret that he has decided to abrogate these agreements.”

He noted that the US “laid out a very clear vision for how peace could be brought. We asked simply for this: We asked the Israelis and the Palestinians to agree that that would be the basis for negotiations between them.  The Israelis have accepted that.  The Palestinians have continued to refuse to just simply sit down and enter into negotiation based on President Trump’s Vision for Peace there.”

The US’ Deal of the Century peace plan, officially titled “Vision for Peace, Prosperity, and a Brighter Future,” calls for the Israeli annexation of some 30% of the territory in Judea and Samaria already under its control, with the remaining 70% becoming a Palestinian state.

He said that the Deal of the Century “will lead to better lives for the Palestinian people” and expressed hope that “the leadership in the Palestinian Authority will see that that’s in their people’s best interest.”

Speaking ahead of a United Nations Security Council meeting on the Middle East, Israel’s Ambassador to the UN Danny Danon accused Abbas of “failing the Palestinian people.”

“Under his leadership, the PA continues to demonstrate its obstinance, now threatening to end security ties with Israel if we pursue applying sovereignty in Judea and Samaria, as per the Trump Administration’s Vision for Peace. The decision to apply sovereignty will be made by Israel, and only Israel,” he declared.

“As Prime Minister Menachem Begin said after extending Israel’s sovereignty over the Golan Heights, “You can annex foreign land. You cannot annex your own country,” he added.

“Abbas only has to do one thing: enter into direct negotiations with Israel. Instead, at this late hour, he continues to bluster and make threats. Ending ties with Israel will ultimately hurt the Palestinians far more than it harms Israel,” he cautioned.

For just $10 per month you can bring the gospel to 1,000 homes. Join us as media missionaries! GIVE NOW
VIEW COMMENTS
« Netanyahu Threatens Iranian Regime After Khamenei Calls for ‘Final Solution’ for Israel Kids From Different Nations Worship God With ‘The Blessing’ Amid Lockdown »