A woman who was struggling with a lifestyle of pornography addiction gained freedom after she heard the voice of God.

Laura grew up in a loving family. But at 7-years-old that all changed when her mother was diagnosed with multiple sclerosis. During that challenging time in their family, she was always at home. One day she discovered a book in her parents’ bathroom that had pornographic contents. 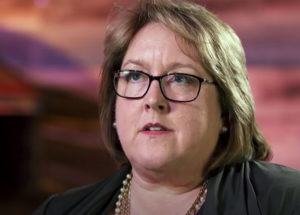 But despite all she has been through, she found herself starting to attend church. She had genuinely accepted Christ, but she struggled with her secret behaviors. That’s when Laura began feeling hopeless and ashamed. She gave up on herself, but God hadn’t.

During college, Laura had a reawakening in her faith.

“I could really see the there was a part of me that did not agree with God. And it was in that season that I came to a point where I understood His forgiveness,” she recalled.

Until one night after a fight, God suddenly spoke to her. God told Laura, “I love you. What are you doing?”

“It was like a giant shift happened. What was in front of me, what was happening right then became nothing. I do not want it. This is not what I want,” she recounted that powerful encounter.

All of a sudden, everything became different. Finally, Laura’s eyes were opened.

She went through the process of repentance. She found freedom in the Lord Jesus.

Watch the full story below and witness how she was set free!