Power Evangelism: How You Can Minister in God's Power | God TV
Faith 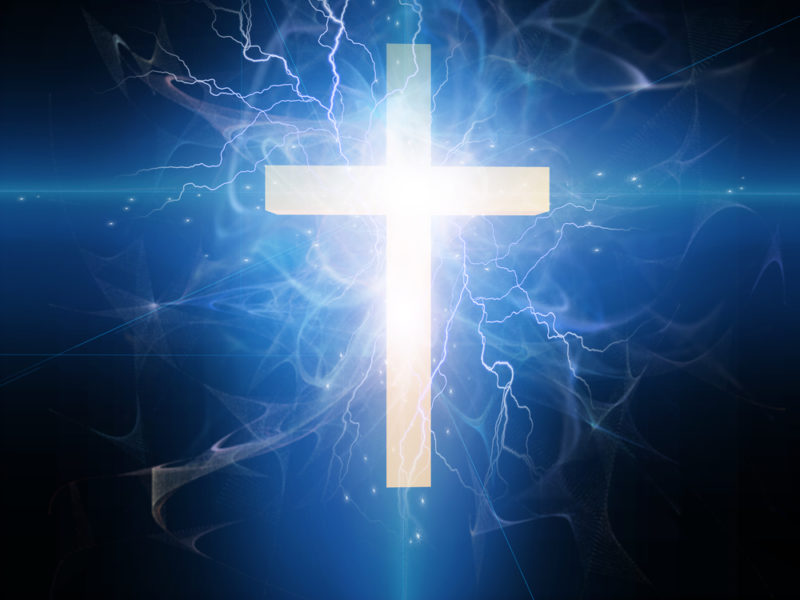 Power Evangelism and You!

Every Friday night from 1999-2003 a group of us from Eugene Bible College would go to the downtown area of Eugene. We were young and on-fire for God! We would pray and evangelize as teams throughout the area. And we honestly didn’t always have a plan each week for street ministry, but we relied on God. We would always pray as a group before we went to minister. God would give us visions, impressions and prophetic insights as we asked Him for opportunities to share the gospel.

One time during prayer, I had a picture from God about a deathshead. The deathshead is a very specific symbol, with crossbones behind the skull. It is not as common as the jolly roger that has crossbones below the skull. Sharing this vision to our group of faithful student evangelists known as Harvesters a few took notes. One fellow college student asked, “Where will it be?” I had no answer besides, “If you see it, minister to the person and share God’s love with them.”

Sharing God’s Love on the Streets

Later that evening, after giving out pizza slices to the numerous homeless teens and young adults known as “Mallrats,” a team member came up to me and said, “We found it.” Wendy Keller went on to explain the moment they saw the deathshead on a young man’s shirt. They knew this fulfilled of the vision given during the prayer time.

The young man was homeless by choice despite having a Christian upbringing. They told him how God spoke to our group showing him a drawing of the deathshead in response to the vision just hours before which he was wearing. The young man didn’t doubt what was taking place. He confessed that he knew God had spoken to us. He began telling them about his life and spiritual background.

His name was Matthias, which his parents intentionally named him from the Book of Acts. The evangelistic team members who met him spoke destiny and hope into his life. They also prayed with him, ministering to his needs. They had several other interactions with him through the weeks before he moved on from Eugene.

We had no vocabulary or term for what we were doing. We just knew that we read about this form of ministry in the bible. Some of us later learned it was ‘power evangelism,’ discussed at length by John Wimber in the 1980s. We grew more in this as we participated with in a healing revival at the Vineyard Church of Albany, Oregon. In addition, they trained us more specifically in power evangelism and the anointing.

Power evangelism must be normal and natural to each of us as we share God’s love to all people. Power evangelism is one of the most effective means of outreach to a world hungering for spiritual answers. We have the Holy Spirit in our lives and we can minister in God’s power. From the beginning to the end of Scripture are true stories of God’s power. Its a privilege for you to minister in His power!

1. Jesus ministered in God’s power. The Gospel of Mark says that Jesus went around Galilee after his water baptism, “proclaiming the gospel of God and saying, ‘The time is fulfilled, and the kingdom of God is at hand; repent and believe in the gospel,” (Mark 1:14-15). Jesus cast demons out of the oppressed. He went about teaching in the synagogues, “proclaiming the good news of the Kingdom and healing every disease and every affliction among the people,” (Matthew 4:23).

2. The Apostles ministered in God’s power. Being supernaturally sent to the house of Cornelius, the Apostle Peter was saying in Acts 10:38, “how God anointed Jesus of Nazareth with the Holy Spirit and with power. He also went about doing good and healing all who were oppressed by the devil, for God was with Him.” While the house of Cornelius was hearing the gospel the Holy Spirit was poured out upon them. They were all incredibly filled with the Spirit, “speaking tongues and extolling God,” (Acts 10:46).

3. You can minister in God’s power. Jesus gave the command known as the Great Commission setting in place a successorship plan for ministering in His power. And we carry on His ministry. In Matthew 28:19-20 Jesus said, “Go therefore and make disciples of all nations, baptizing them in the name of the Father and of the Son and of the Holy Spirit, teaching them to observe all that I have commanded you. And behold, I am with you always to the end of the age.”

In Acts 1:8 Jesus told His disciples that they will receive power when the Holy Spirit falls upon them and they will be witnesses to the ends of the earth. But this promise for power is for all who call on His name. Acts 2:38-39 says, “And Peter was saying to them, ‘Repent and be baptized, every one of you in the name of Jesus Christ for the forgiveness of your sins, and you will receive the gift of the Holy Spirit. For the promise is for you and for your children and for all who are far off, everyone whom the Lord our God calls to Himself.”

You can minister in power today by being humble and available before God. Ask Him to use you to show His love to people in your workplace. And ask Him to use you in power as you serve others. Listen to the voice of the Holy Spirit as you go through your day. Then speak life and destiny naturally to your friends, family and co-workers. Finally, when you do this you will see the miraculous take place for God’s glory.

For just $100 per month you can bring the gospel to 10,000 homes. Join us as media missionaries! GIVE NOW
VIEW COMMENTS
« Christian-Jewish Coalition Urges Australian PM To Move Embassy To Jerusalem Candace Owens’ Christmas Miracle »