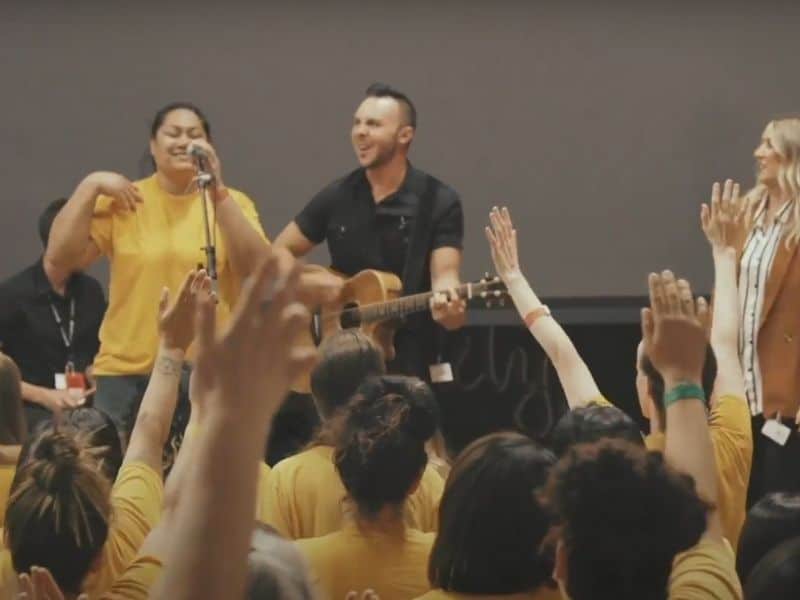 An inmate stepped up as she was invited to lead the congregation into worship. And during the spontaneous moment, she could not contain herself in singing new songs for the One who saved her soul.

A singer, named “Miss T,” has recently accepted Jesus while serving her time in prison. On Sunday, the Red Rocks Church hosted a Worship Service at Denver Women’s Correctional Facility, where Miss T was confined. When they learned of her singing abilities, they called her on stage to lead the people into singing worship for God.

A video capturing the powerful moment was uploaded on social media and blessed more than hundreds of thousands of viewers. One commenter shared, “I hope she knows that her worship experience right here helps lives!” Another one said, “I’m in tears watching you, sweetie, and I admire your ability to let the Holy Spirit moves you

God Behind Bars, the Red Rocks Church’s partner, has been ministering to prisoners since 2009, and this was just another instance where God moved and touched the people. The ministry team, led by Jake Bodine, has witnessed thousands of lives transformed through God’s forgiving love.

The passage in Matthew 25:35-40 impressed Bodine deeply that he initiated “God Behind Bars.”

“You see, so often, we as the church, are great at feeding the hungry or clothing the naked or even caring for the sick. But, we overlook an entire people group that Jesus felt were so important,” he said. “That He says that we could not possibly follow Him if we forgot this people group.”

Today, God Behind Bars has been fighting addictions and restoring lives. Also, reconnecting families, and building faith by inviting God into the prison. Through their programs, they have helped inmates develop skills and knowledge to succeed in life as they go back to society.

They modeled God’s tangible love. And so should we.

Watch the video below where the inmate leads worship.