BREAKING
Israel-led Team Solves Mystery Why Lightning Strikes Fewer Times Over The Ocean...
Tourism In The Holy Land Is Soaring Back Up To Pre-Pandemic Highs
Lapid Speaks Directly To Palestinians—Offers Them “Another Way” Out Of The Ongoing...
Home News Pray for Israel / Middle East as the USA Rejects Iran Nuclear Deal 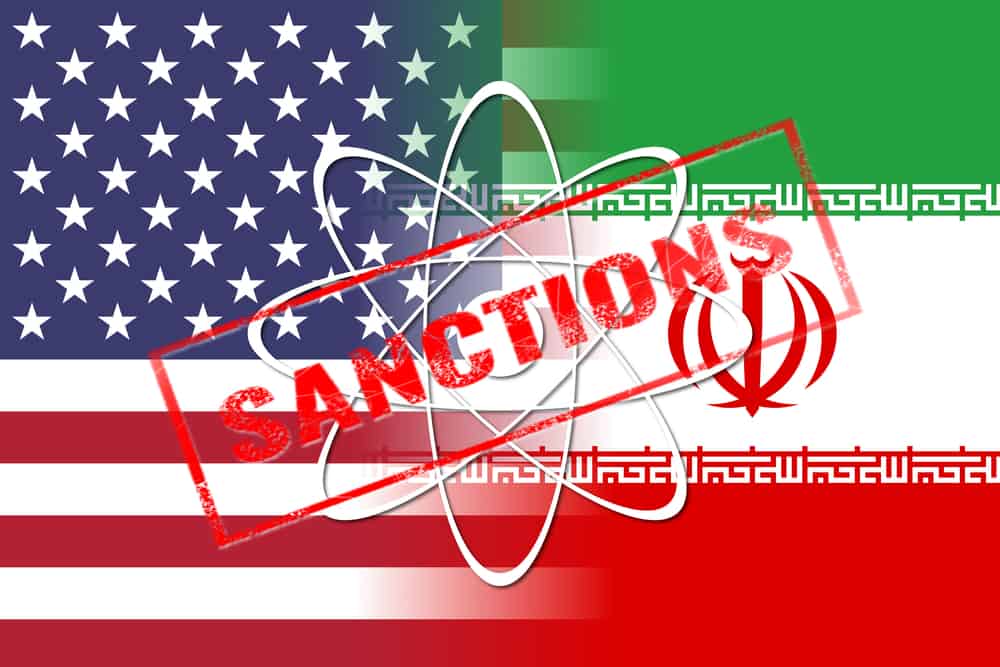 As the world media reports on President Trump’s withdrawal from the Iran nuclear deal, GOD TV calls upon Christians to pray for Israel which is a key focus of Iran’s aggression.

Donald Trump announced today that he will withdraw from the 2015 Iran nuclear deal because Iran has failed to live up to its commitments. The President believes the agreement does not provide long-term prevention of an Iranian nuclear threat and says that Iran must stop its terrorist activities worldwide and its menacing activity in the Middle East.

“We are reinstating the highest level of economic sanctions against Iran,” he said. “We will not allow a regime that chants ‘death to America’ to have access to the deadliest weapons on earth. Today’s actions send a critical message that the USA no longer makes empty threats. America will not be held hostage to nuclear blackmail.”

Though the President faces international condemnation of his stance and some are saying this leaves him more isolated than ever, he stresses that he is committed to finding “a real, comprehensive and lasting solution.” Trump’s hard-nosed approach ultimately worked with North Korea, where progress is being made, in what at one point could have escalated into full-scale war. Hopefully, his robust stance against Iran will ultimately have the same positive effect in a new Iran nuclear deal.

Pray for Israel and peace in the Middle East

In the meantime, Israel stands in the line of fire. The Times of Israel reports that the Israel Defense Force (IDF) is on high alert, fearing a reprisal from Iran and Haaretz says that the IDF are opening shelters, bracing for an Iranian attack.

“Israel’s northern cities have been warned of ‘abnormal movements of Iranian forces in Syria and public bomb shelters are being opened,” says GOD TV’s regional director for Israel, Ron Cantor. “There is concern that Iran will react against Israel due to President Trump’s decision to pull out of the Iran nuclear deal. Israeli Arrow anti-missile defense systems are being put into place, Please keep us in prayer.”

Three scriptures you can pray over Israel / the situation in the Middle East include:

While every Christian who loves and supports Israel will know the much-quoted Psalm 122:6, not so many may know Psalm 83. Yet it’s amazing how accurate God’s Word is. The psalmist could not have known of the ‘death to Israel’ chants of the Islamic Republic of Iran,  yet he writes about a time when Israel’s enemies conspire to wipe it out as a nation.

His heart’ cry was, “Lord let them be put to shame, so that they may know who is God Most High.” That should be our heart’s cry too. It’s not about politics, it’s about praying for God’s will to be done, “on earth as it is in Heaven.”

Let’s intercede for Israel today, for Prime Minister Benjamin Netanyahu and the Jewish People who are celebrating their 70th Anniversary this year. Let’s pray for the peace and safety for the people of the Middle East and an end to the war in Syria.

Let us also pray for President Trump as the Bible commands us to do for all in authority. Whether we agree with his policies or not, let’s pray that God gives him the wisdom and stamina to make the right decisions. Let’s pray for the will of God to prevail and the enemies of God to be brought to nothing.