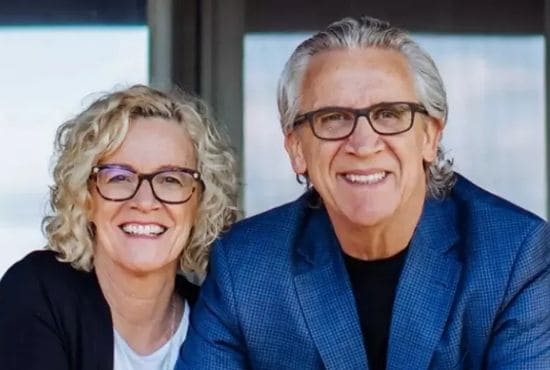 Bethel Church has launched a non-stop 24/7 prayer campaign for the healing of Beni Johnson who is battling cancer.

Beni and Bill Johnson are the senior leaders of Bethel Church in Redding, CA. The whole church is asking for prayers from all believers around the world. They posted infographics on Instagram last week and launched a 24/7 prayer campaign on their website.

“As many of you already know, Beni Johnson has been on a health journey of overcoming cancer. We’ve been praying consistently, and she has experienced a measure of breakthrough,” the church wrote on their Instagram post. 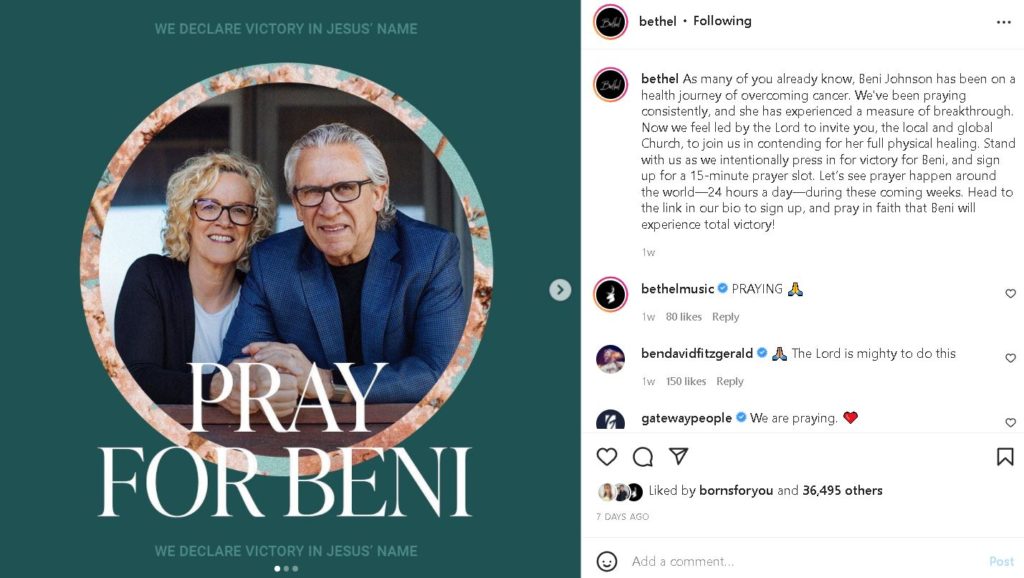 Bethel also stated that they felt the leading of the Lord to invite everyone to pray for her healing.

“Now we feel led by the Lord to invite you, the local and global Church, to join us in contending for her full physical healing. Stand with us as we intentionally press in for victory for Beni, and sign up for a 15-minute prayer slot. Let’s see prayer happen around the world – 24 hours a day – during these coming weeks.”

Beni first revealed her cancer diagnosis in 2018. Since then, she has been undergoing several surgeries and treatments for her healing. Despite her life-threatening condition, her faith and trust in the Lord still remained the same.

“When this all began in March, and I walked out of the doctor’s office shocked,” Beni wrote in a Facebook post during that time. “I asked Jesus, ‘What to do now?’ I heard Jesus tell me, ‘Just love Me.’ I said, ‘I can do this.’ There has been so much peace and at times those decisions that have to be made the peace has helped me navigate through.”

Read also: ‘FAST AND FURIOUS’ ACTOR TYRESE GIBSON CALLS OUT FOR PRAYER WARRIORS FOR HIS MOTHER IN ICU