BREAKING
Israel-led Team Solves Mystery Why Lightning Strikes Fewer Times Over The Ocean...
Tourism In The Holy Land Is Soaring Back Up To Pre-Pandemic Highs
Lapid Speaks Directly To Palestinians—Offers Them “Another Way” Out Of The Ongoing...
Home Articles Locals Form Prayer Circles In Response To Alabama Church Shooting 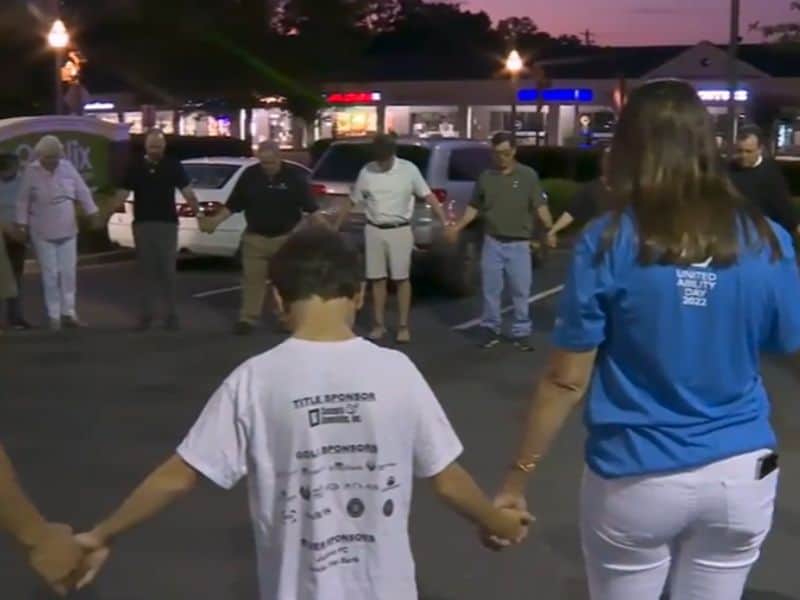 A shooting in an Alabama church took three lives, devastating the community with the tragic news. Locals respond with prayers, gathering in the site’s parking lot.

The police revealed the shooter as a fellow “boomer.” He was 71 years old and attended church services occasionally.

Walter Rainey, 84 years old, was killed inside the church. At the same time, Sarah Yeager, 75, died after being rushed to the hospital. The last victim survived the night but eventually succumbed to her injuries the next day.

Rev. Kelly Hudlow participated in leading the community into prayer. They responded to the incident with a surrendering heart to God. Hudlow said,  “The community needs to be lifted up in healing through prayer and unity.”

Meanwhile, Captain Chane commended the efforts of an elderly man who pinned down the shooter. “The person that subdued the suspect, in my opinion, was a hero,” he said.

The “hero” was also in his 70s and an attendee of the same church. When the gunman opened fire, he immediately took a folding chair and hit the suspect with it. He then wrestled the suspect to the ground and successfully retrieved the gun, hitting the shooter’s head with it. He pinned him down until law enforcement arrived.

Because of his quick actions, many were spared from further tragedy.

Lynda Montana, a decades-member of St. Stephens, expressed her grief with their church’s happening. “It’s the (most) loving, small, comfortable church,” she said. “It’s very community-oriented and very loving.”